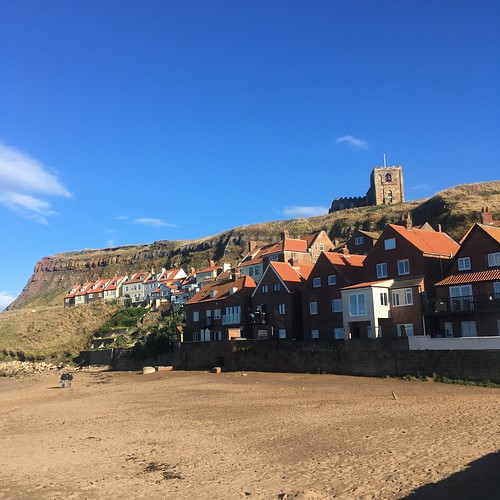 Monday morning during our holiday in Whitby was rather gloomy. But after breakfast, while everyone else was taking it easy in the cottage, I decided to go out for a wander over to the east side of the harbour.

After crossing the bridge I turned down Church Street and where I found myself irresistibly drawn into the rather good independent bookshop, The Whitby Bookshop. After a good browse I carried on down Church Street before turning down Henrietta Street which leads to the harbour piers. I passed the smokehouse, but decided against purchasing any kippers. I’m very fond of the smoked herring but didn’t want to stink out the cottage! 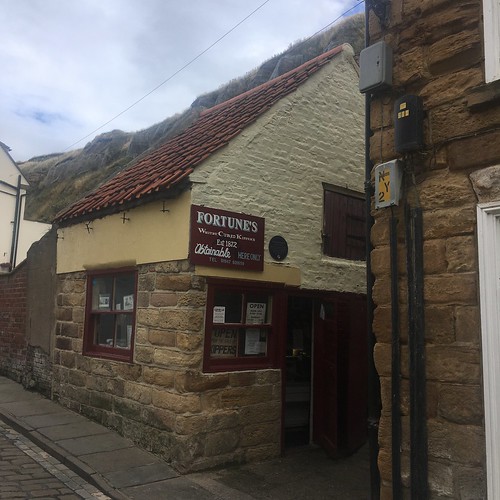 I reached the harbour and walked onto the walls 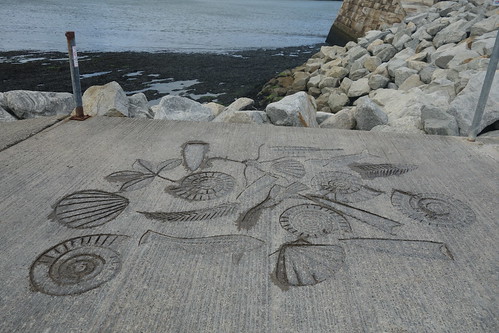 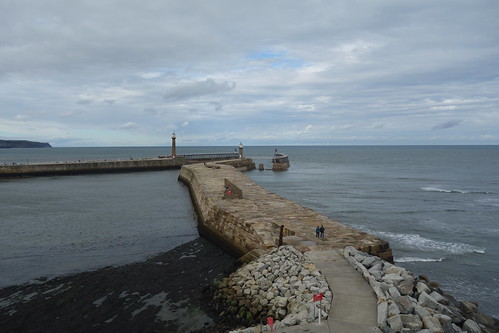 Taking care to avoid being blown off the wall by the strong wind, I snapped a few photos of the town under the moody sky. 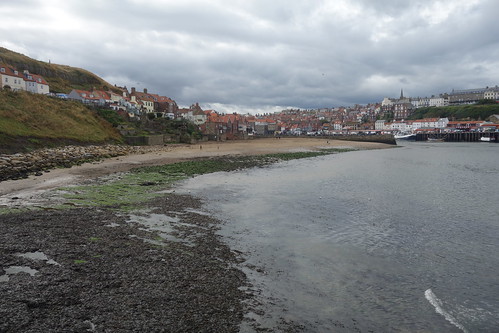 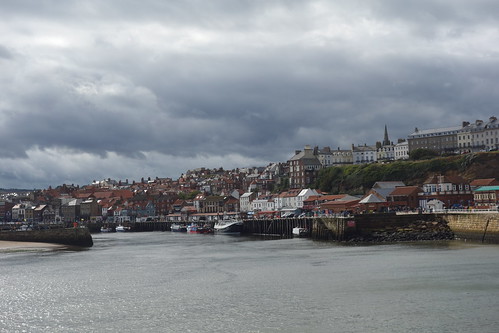 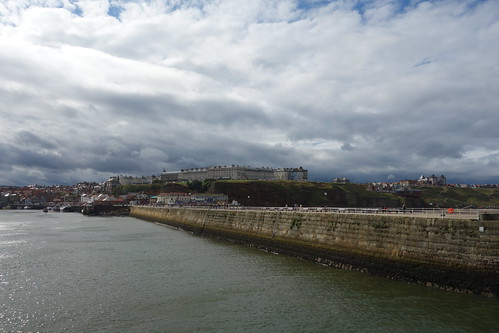 I set off back towards the cottage, 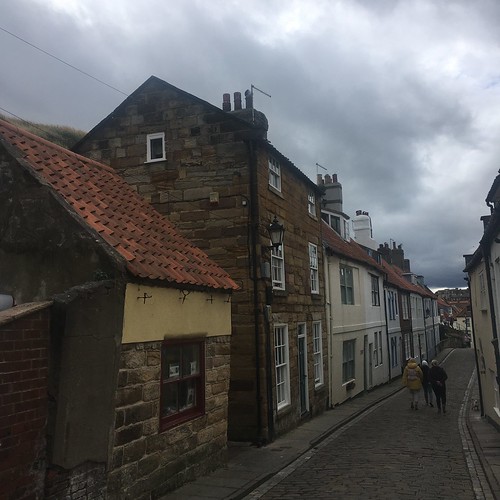 Picking up a few supplies on the way.

After dinner, it had brightened up so leaving our daughter behind to catch up on some work for her course, the rest of us decided to walk over to the east side of the town to have a mooch in the shops and take a few photos under a sunnier sky 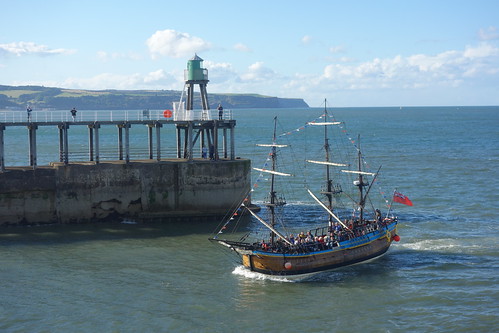 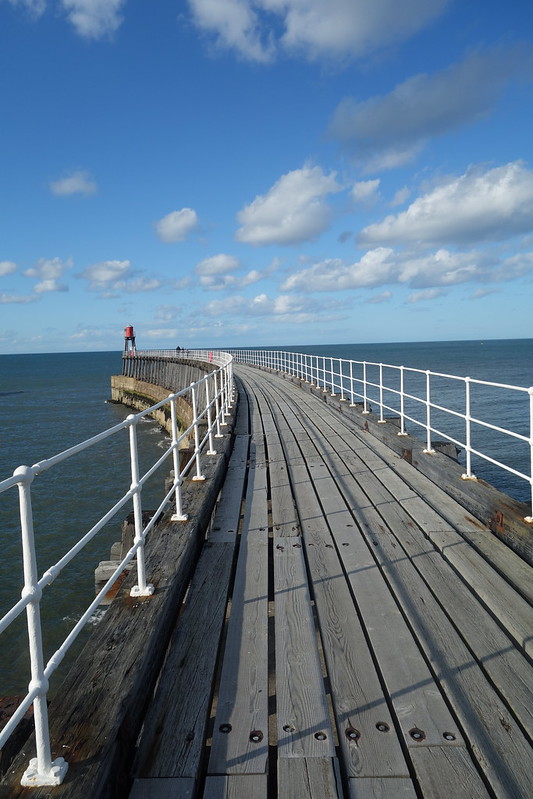 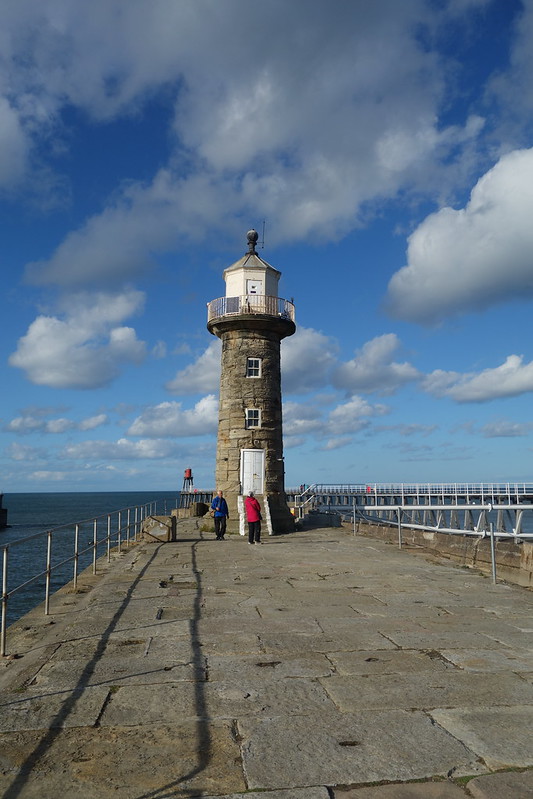 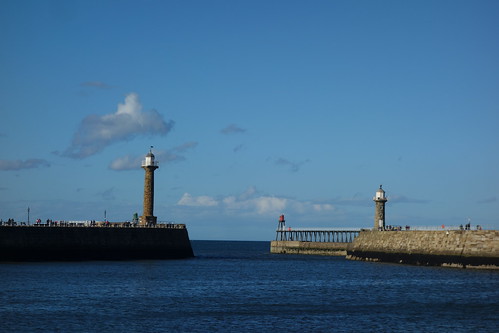 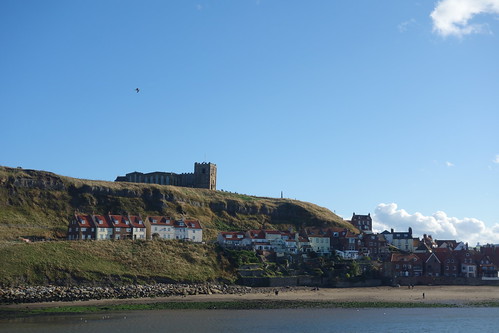 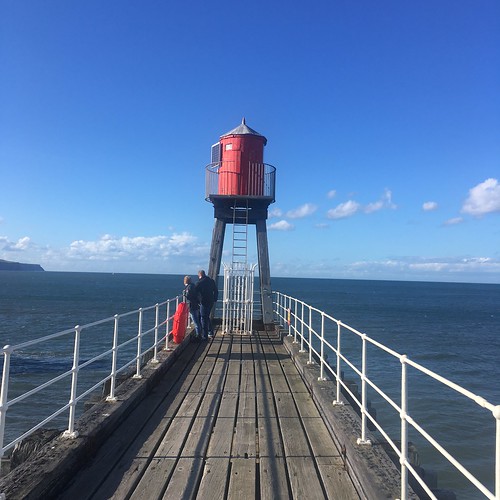 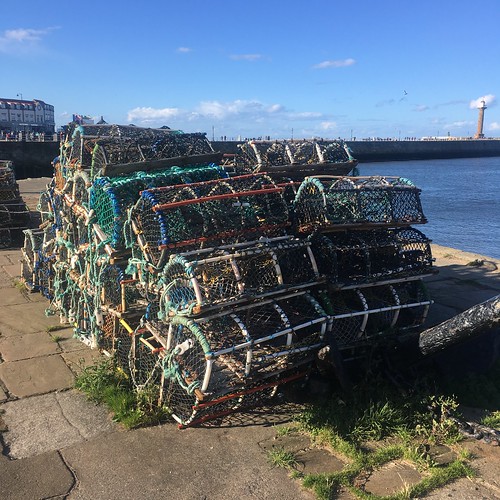 12 thoughts on “Whitby east side”