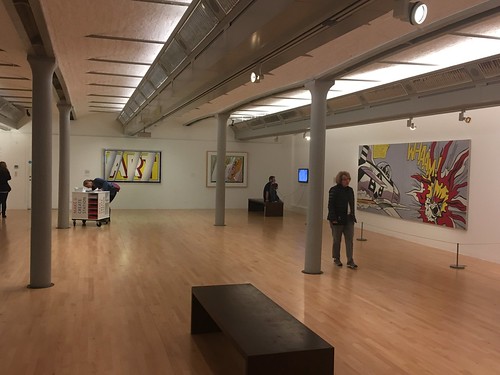 While we were visiting Tate Liverpool we called in to have a look at the exhibition of works by the well known American “Pop artist” Roy Lichenstein on the second floor of the Gallery. One of the “Artist’s Room” series of exhibitions, it includes

Works on show include his well known screen printing style paintings Whaam! (1963), which has recently undergone a restoration 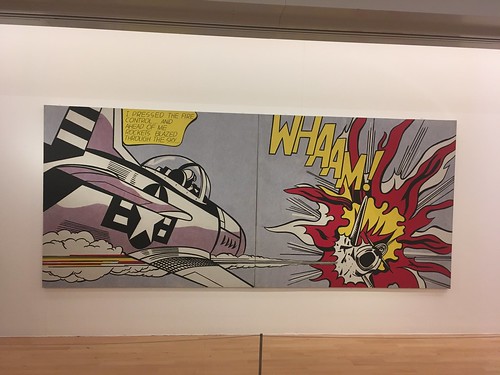 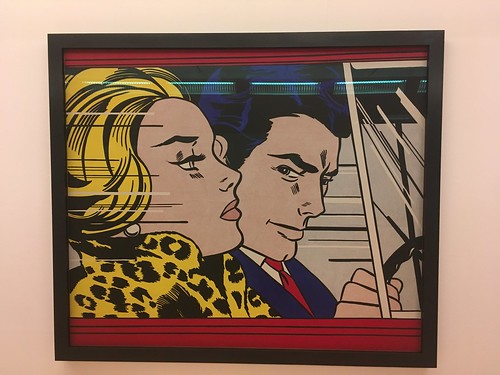 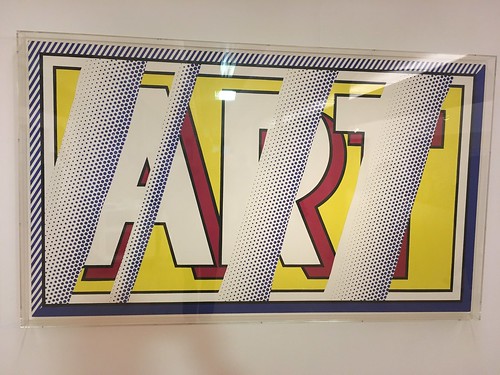 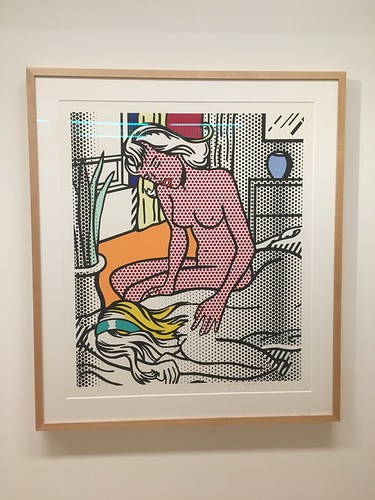 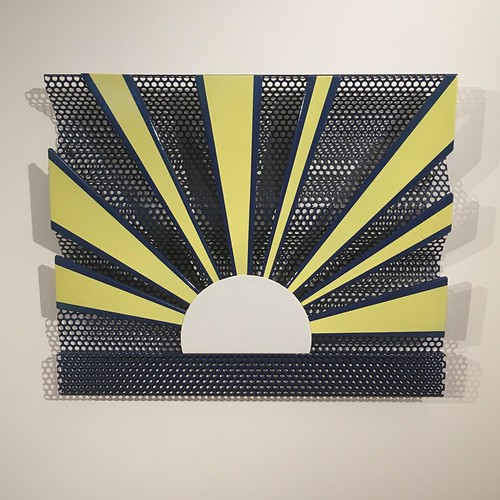 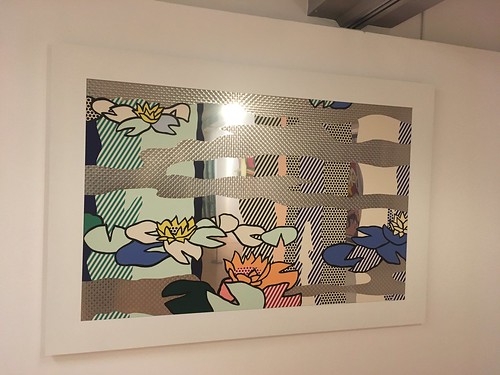 I also liked a couple of works where he’d used a shiny plastic material to create a simple seascape, and, in the following example a Moonscape (1965). 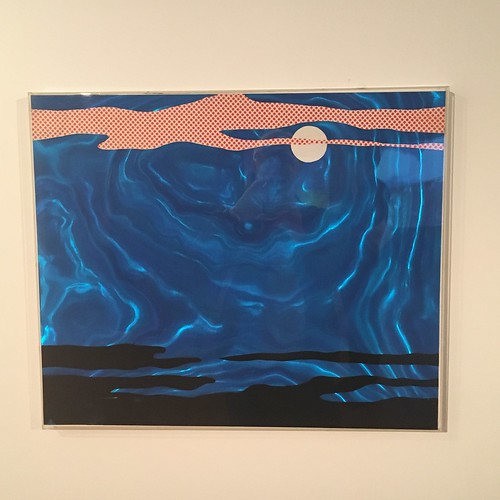 and I rather liked his take on Monet’s Haystacks 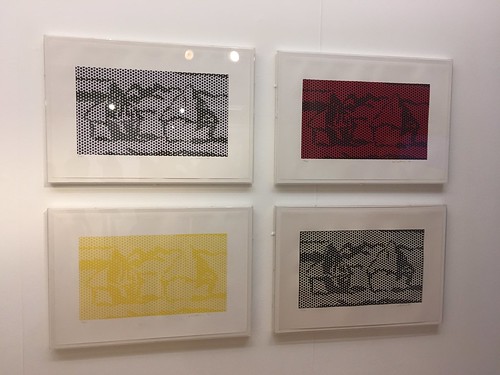 3 thoughts on “Roy Lichtenstein in Focus at Tate Liverpool”