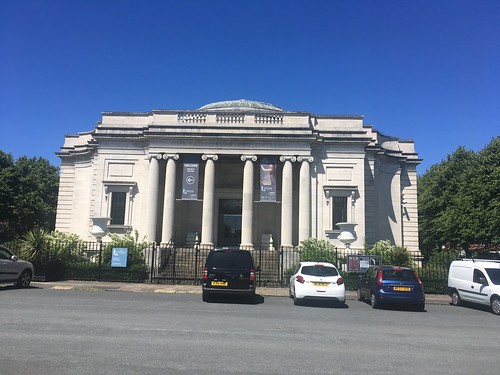 Last weekend we were stayed with our friends Steve and Anne who live in Waverton near Chester. We were expected in the evening so decided to have an afternoon in Port Sunlight on the Wirral, a “model” village built during the late 19th and early 20th Centuries to house workers at the Lever Brothers soap factory. The Lady Lever art gallery, opened in 1922, built as a memorial to Elizabeth, the wife of William Hesketh Lever, the founder of the Lever Brothers Empire, is in the middle of the village and we decided to go and have a look inside.

The gallery was originally built around Lord Lever’s collection of mainly British Victorian art, but also including examples of Chinese art, Roman sculpture and Greek vases. Today it’s part of Liverpool Museums group but Lever’s collection still forms the core of the collection. Consequently, the exhibits are dominated by Victorian and Edwardian paintings and sculpture. I’m not over fond on Victorian art with their Historical, Mythological and Religious themes, often used as an excuse to include naked women for the titillation of the artists’ patrons. So many of the works on display were not of interest. However, the collection includes a large selection of Pre-Raphaelite paintings, with important works by Millais, Ford Madox Brown, William Holman Hunt, Dante Gabriel Rossetti, Edward Burne-Jones and others. 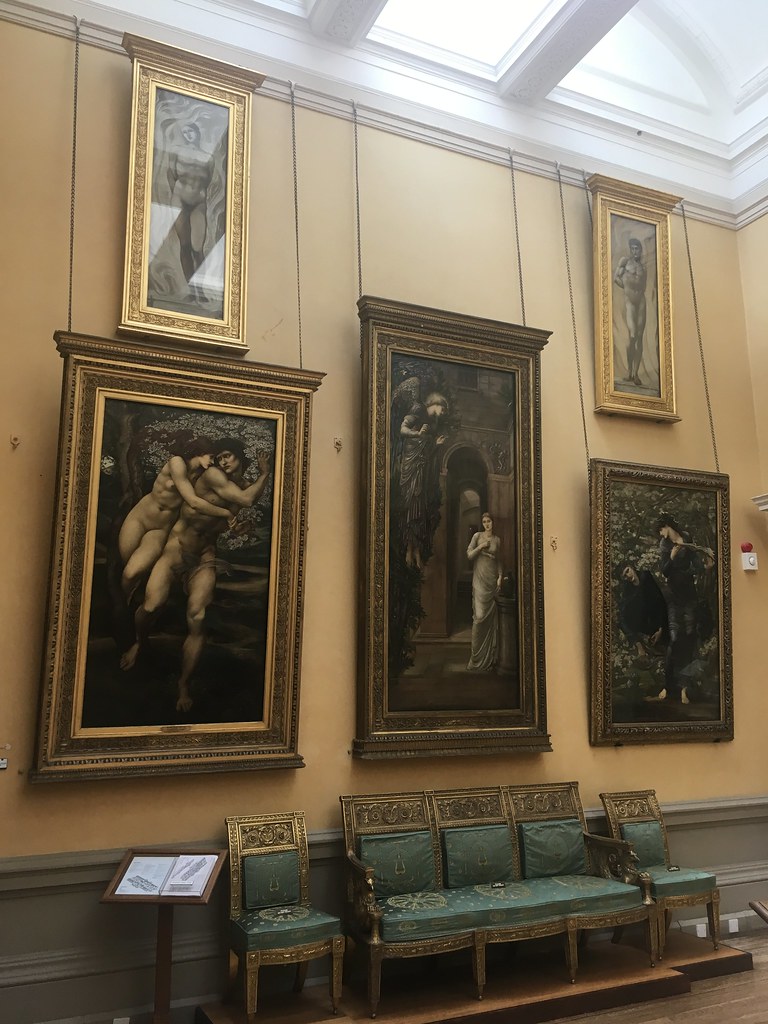 One of the most well known Pre-Raphaelite paintings in the collection is the Scapegoat (1854–56) by William Holman Hunt. 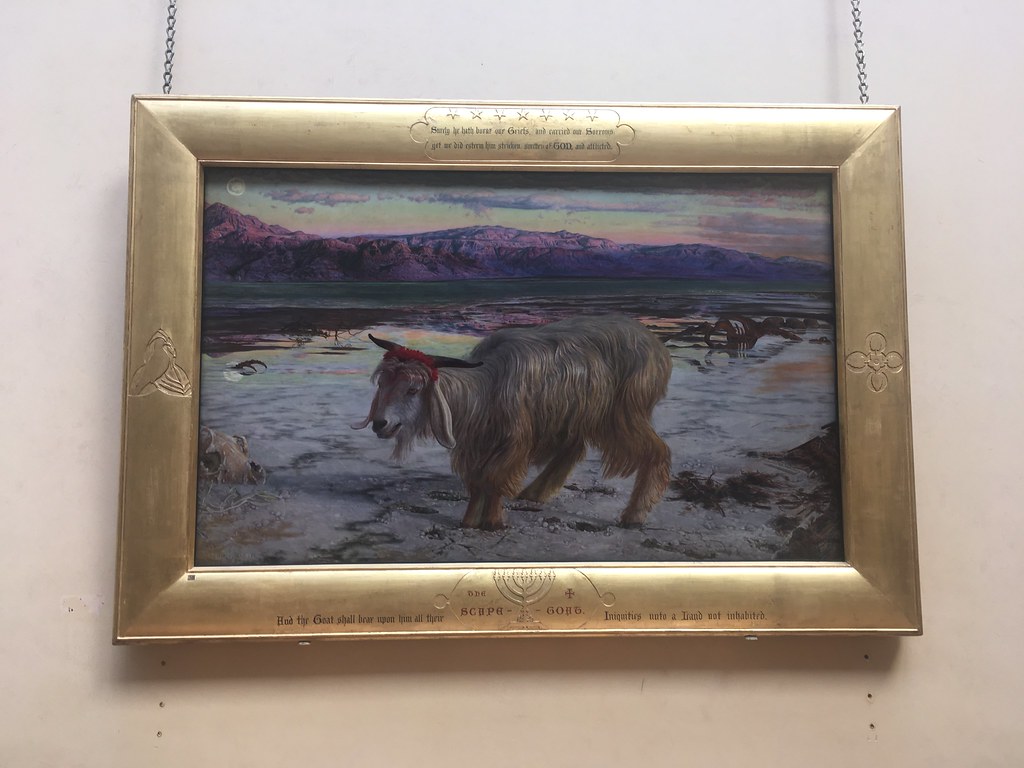 The subject is from an Old Testament story where a sacrificial white goat is sent out into the wilderness on the Day of Atonement.  Its horns are wrapped with a red cloth representing the sins of the community , in the belief that it would turn white if the appeasement was accepted.

There was also a painting by Turner (“The Falls of the Clyde“) and  one by Constable (‘Cottage at East Bergholt‘) on display. Unfortunately, reflections in the glass made it both difficult to see them and it was too difficult to take photographs .

Some other favourites from the paintings and sculptures on display included

A painting by George Romney 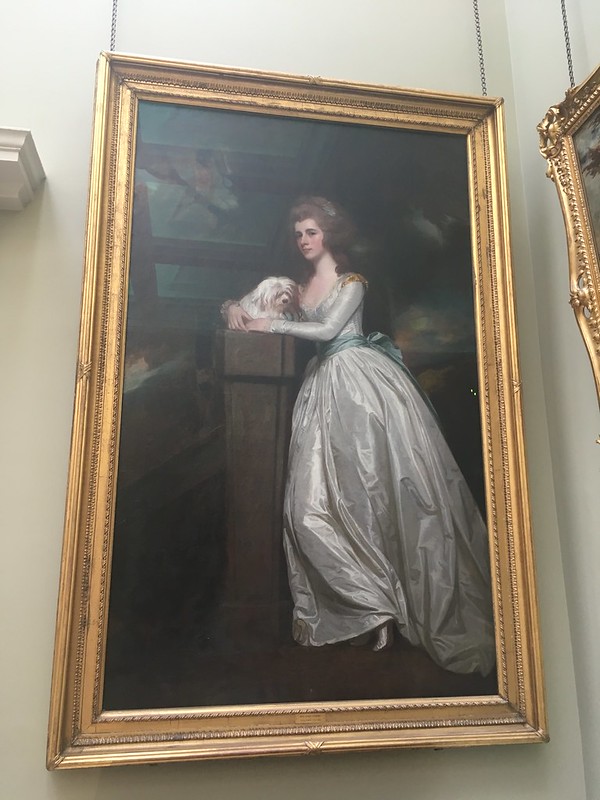 this painting of Emma, Lady Hamilton as a Bachante. For once not by Romney but by a female French artist, Elisabeth Vigée-Lebrun. 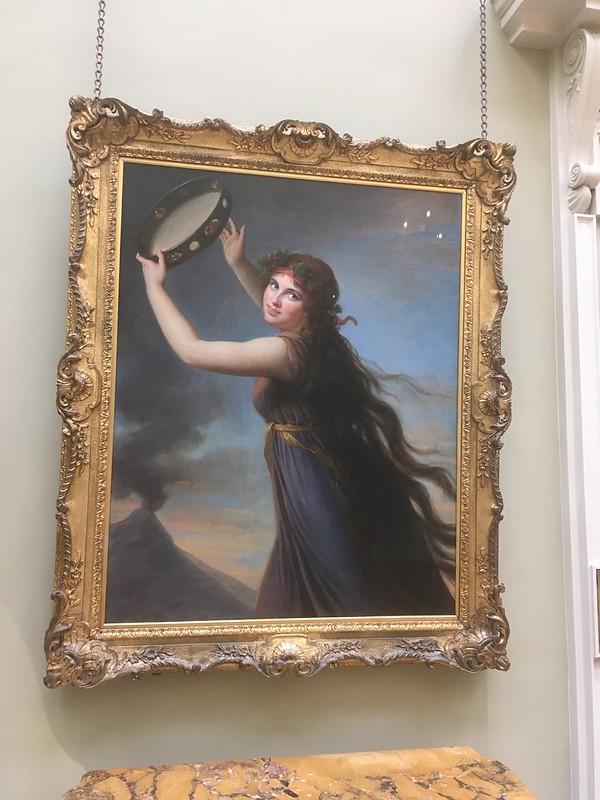 A sculpture by Jacob Epstein 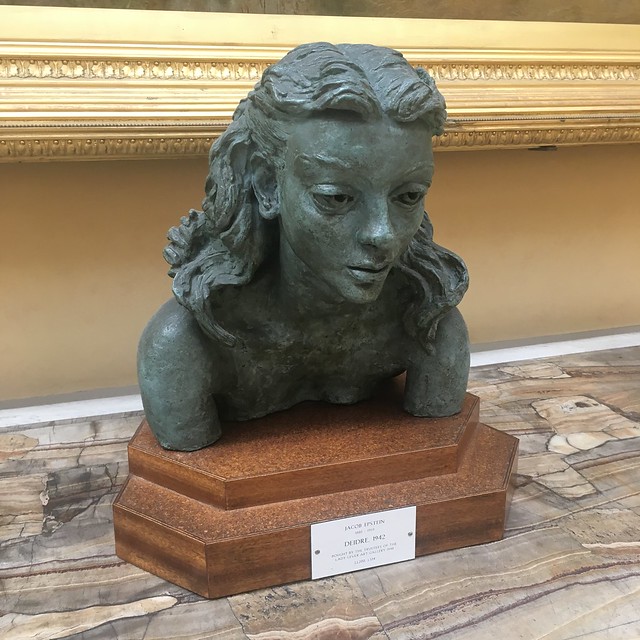 and “Snowdrift“, a sculpture by Edward Onslow Ford 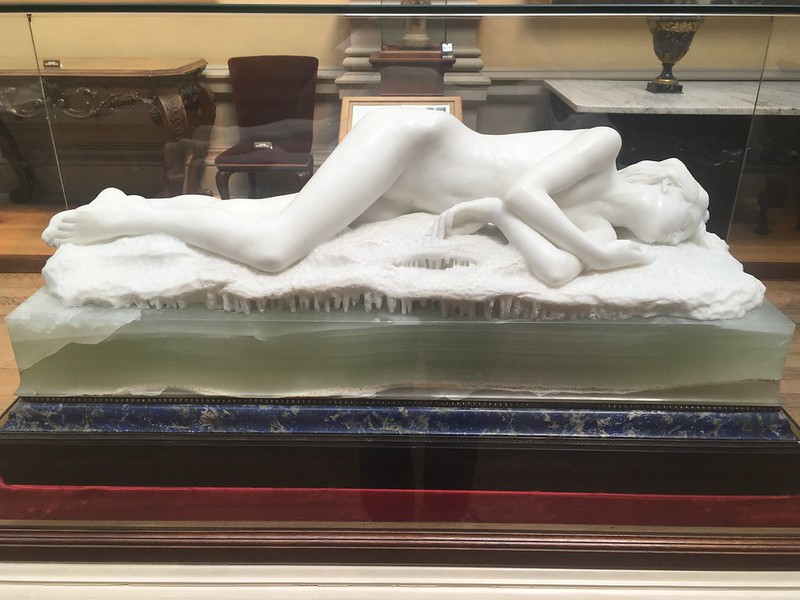 I quite liked another sculpture, Echo, by Onslow Ford, which is meant to depict the personification of reflected sound. 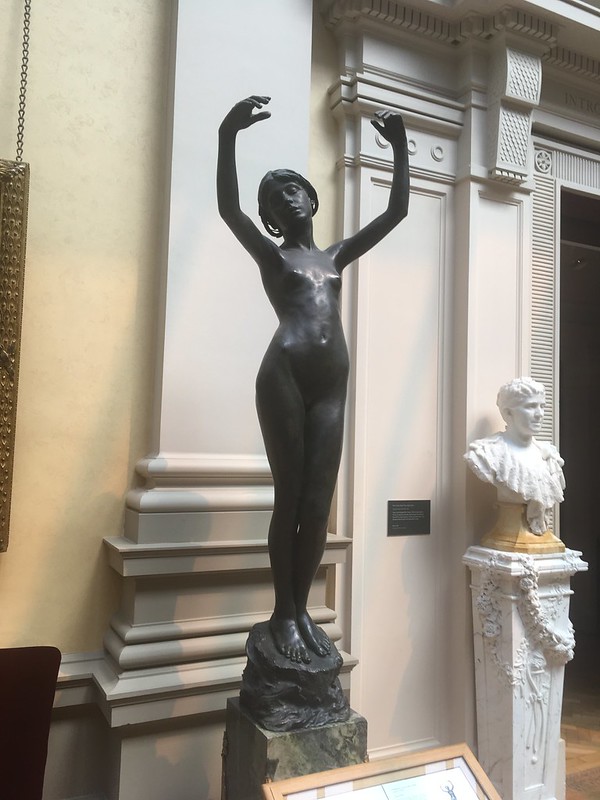 It’s a beautiful little sculpture, but as the model was a teenage girl I felt a little uneasy looking at it. That’s the Victorians for you!

There was also a good selection of ceramics, with a collection of pieces by Wedgwood, and also some rather nice Chinese vases. 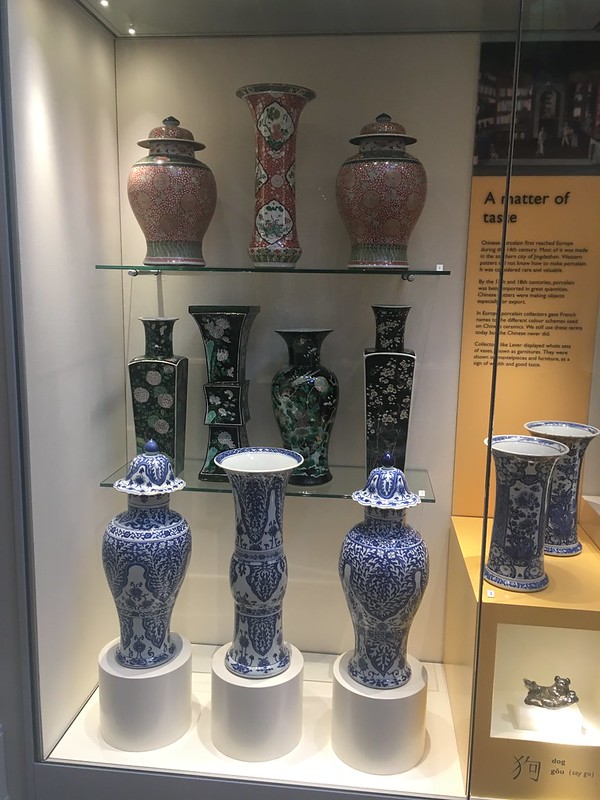 The current temporary exhibition “Whistler and Pennell: Etching the city“, features prints by James McNeill Whistler (1834-1903, mainly of scenes from London and Joseph Pennell (1857-1926) who concentrated on New York and other American cities. We really enjoyed this exhibition. The prints were incredibly detailed and provided a perspective of everyday life on the quayside in London, industrial scenes and the growth of New York.

The artists shared an interest in the role of architecture, engineering, industry and production, but differed in their approach. Whistler’s imagery captured the individual characteristics of the city and its workers, while Pennell’s provides an impersonal and more distant perspective.

I didn’t manage to take any photographs but there’s a selection of works on the Gallery’s website.