The graveyard where Mary Wollstonecraft and William Godwin were originally buried belonged to the St Pancras Old  Church which is in Somers Town, where they used to live. (It’s called the Old church as it was replaced by a newer building in

There’s been a place of worship here since Roman times, with the first Christian church built on the site in the 4th Century AD. The church yard, was converted into public gardens, St Pancras Gardens, to make way for the rapidly expanding railway in 1877. The work was supervised by the author Thomas Hardy, then a young architect.

Entrance to the park is through these very grand gilded gates

The church is reputed to be the oldest church in Britain, but has been rebuilt and remodelled many times, most recently in the 19th century. So it shows features from several eras. The overall style is Romanesque, with rounded arches and a quite elaborate front entrance. I wasn’t so fond of the Victorian “Belgian style” tower, though which I thought jarred with the overall look of the building.

The interior is simple and clean without any nooks and crannies, but has various religious items decorating the walls.

The old churchyard is a pleasant park with a number of interesting monuments. My main objective was to visit the original resting place of Mary Wollstonecraft and William Godwin. Their original grave is marked by a simple rectangular headstone. It was here, that their daughter, Mary, used to secretly meet with the poet, Percy Shelley. At that time only her mother rested here as Godwin was alive and disapproved of the young couple’s relationship.

The structure, which is now Grade I listed, provided the inspiration for the design of the iconic red telephone box by Giles Gilbert Scott.

This rather intriguing collection of headstones clustered around an ash tree. They were relocated here by the young Thomas Hardy when he was tasked with the exhumation of human remains and dismantling of tombs from that  part of the cemetery over which the railway lines were to be constructed. An unpleasant task that is likely to have influenced his poem of 1882

“O passenger, pray list and catch
Our sighs and piteous groans,
Half stifled in this jumbled patch
Of wrenched memorial stones!

“We late-lamented, resting here,
Are mixed to human jam,
And each to each exclaims in fear,
‘I know not which I am!’

“The wicked people have annexed
The verses on the good;
A roaring drunkard sports the text
Teetotal Tommy should!

“Where we are huddled none can trace,
And if our names remain,
They pave some path or p-ing place
Where we have never lain!

“There’s not a modest maiden elf
But dreads the final Trumpet,
Lest half of her should rise herself,
And half some local strumpet!

“From restorations of Thy fane,
From smoothings of Thy sward,
From zealous Churchmen’s pick and plane
Deliver us O Lord! Amen!”

Today the tree is known as the Hardy Tree.

This modest monument is the location of the original grave where William Godwin and his wife, Mary Wollstonecraft were buried in the Old Saint Pancras Churchyard. Their remains were removed and reburied in St Peter’s Church, Bournemouth graveyard, where they remain today.

I visited the churchyard, now a public park a short walk from St Pancras Station in London, on Wednesday while I was down in the Big Smoke on business. I had a few hours to spare before my first meeting and decided to use the time to pay homage  to Mary and her husband.

Mary Wollstonecraft was one of the earliest feminists and advocate of the rights of women. In her book A Vindication of the Rights of Woman(1792), she argued that women were human beings who were not naturally inferior to men and deserved the same fundamental rights.

In 1792, while visiting friends in France, Wollstonecraft met Captain Gilbert Imlay, an American timber merchant and adventurer. They started a relationship and Mary gave birth to a daughter, Fanny, in May 1794. Not long after Mary and her daughter were abandoned by Imlay. Returning to England she met the radical philosopher, William Godwin. A relationship developed and Mary fell pregnant. Although Godwin had advocated the abolition of marriage, they decided to marry so that their child would be legitimate. They moved into two adjoining houses, known as The Polygon, so that they could both still retain their independence. A rather modern arrangement! The chid, a daughter, was born on 30 August 1797. Sadly, Mary died eleven days after giving birth.

Their daughter, named Mary after her mother, was later to eloped at the age of 16 with the poet, Percy Bysshe Shelley, who was five years senior and already married. Later to become his wife she is famous in her own right as the author of Frankenstein.

William Godwin has been described as a “utilitarian anarchist”. His views were set out in his book Enquiry concerning Political Justice, and its Influence on General Virtue and Happiness, usually shortened to Political Justice which was published in 1793. Selling over 4000 copies it was a “best seller” in it’s day. Godwin argued against private property and marriage and believed that as long as people acted rationally, they could live without laws or institutions, rebuilding society in free and equal association, self-governed by reason alone. 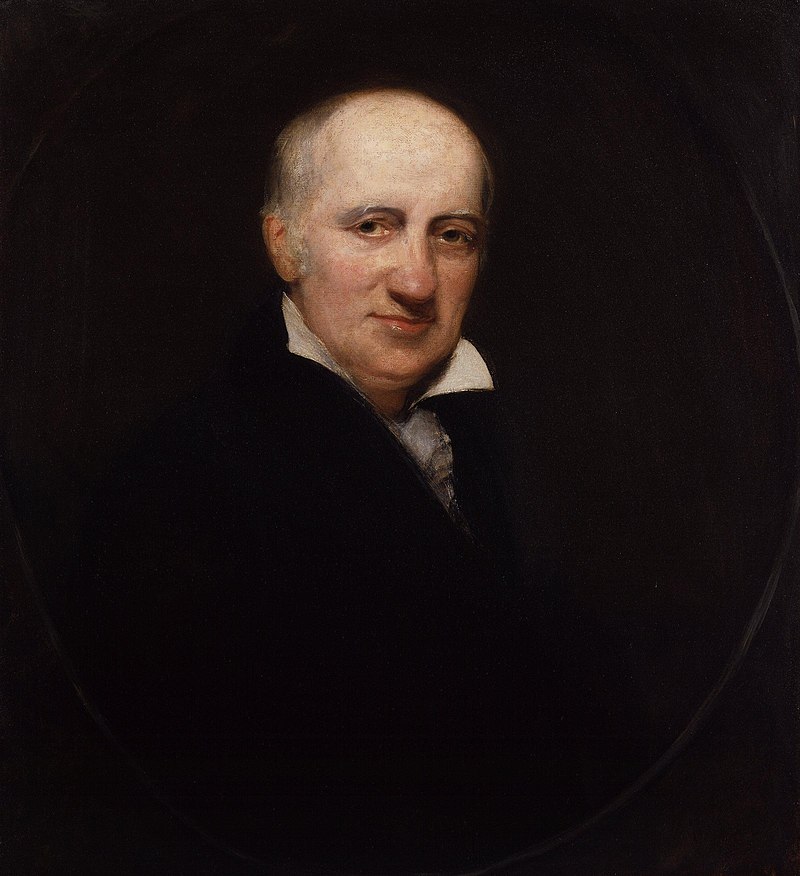 After their marriage, an institution they had both opposed, Mary and William wee accused of hypocrisy by their opponents. But I take a different view. They lived within a society they opposed but could not isolate themselves from it. Marriage was a compromise for them as it was not easy to live together otherwise.

Like many early radicals, ’William and Mary aren’t as well known today as they deserve to be – although their portraits are hung in the National Portrait Gallery in London.

There’s a good brief biography of Mary on the BBC website here and while browsing on the web I came across an excellent website devoted to her.