Saturday – the shortest day, the winter solstice. This year it was also our “family day” out, a Christmas tradition ever since the children were small (and they’re not so small now). When the children were small we would take them to a pantomime, Christmas show or a visit to a museum a few days before the “big day” . Like most kids they used to start getting “hyper” during the build up to Christmas and a day out was a good way of diverting them for a while.We’d usually have a meal out as well.

When our daughter turned into  a sulky teenager, the tradition ended but was resurrected a couple of years ago when we battled through the snow to see Jeremy Harding live at the Lowry in Salford the weekend before Christmas day. And last year we went to a concert at the Bridgewater and had a meal out at Wagamamas. This year there were no concerts or shows we fancied, so the plan is to go out for the day and we’ve decided on York.

The focus of our visit was a "treasure hunt". We’d arranged it over the Internet (http://www.inthehiddencity.com/york/). What happens is that you are given a starting point and they send you a text message with a clue. Using a tourist map (or, in our case, Google maps on our phones) you have to find a location and an "object"  and then text an answer back. If you’re right they send you the next clue.

For the York treasure hunt there were 10 clues in all and the hunt took us to various locations across the city. You’re timed, so can try to beat the record or it can be a team event. But we just worked together and took our time using it as a focus for the visit. It was great fun. We enjoyed solving the clues and it also took us to places in the city we’d never been to before, some a little off the beaten track. The start and finish were pubs so I can see it is aimed at groups of friends and works team building events. But for us it was a bit of fun.

Here’s a few pictures taken along our route – although I’m deliberatley avoiding saying whether any of the places shown are linked to the clues – I don’t want to spoil it for anyone who wants to give it a go!

The starting point was the Kings Arms, down by the Ouse Bridge. 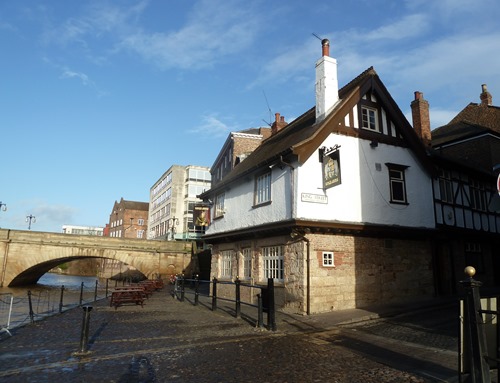 Looking across the Ouse. It was pretty full – York often suffers from flood when it overflows

Micklegate Bar – the historic southern entrance into the city:

On the walls looking towards Micklegate Bar:

Looking towards the Minster from on the walls:

The Multangular Tower in the Museum Gardens – the lower part is Roman : 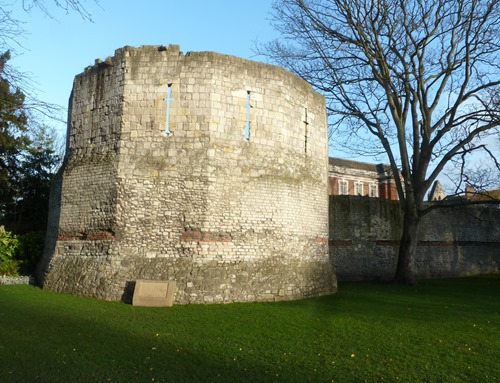 The “banks” from different periods; 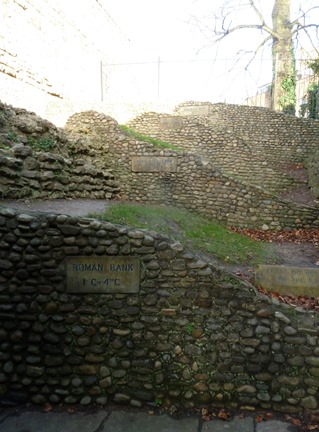 one of the many old Medieval churches (didn’t get the name of this one):

It worked very well for us. We took about 3 hours to complete it, but that included almost an hour when we stopped for something to eat in a little cafe – Brew and Brownie, on Museum Street – we’d discovered during our break there a few months ago. One of the things they sell are these rather delicious cinnamon and raisin "bagels". 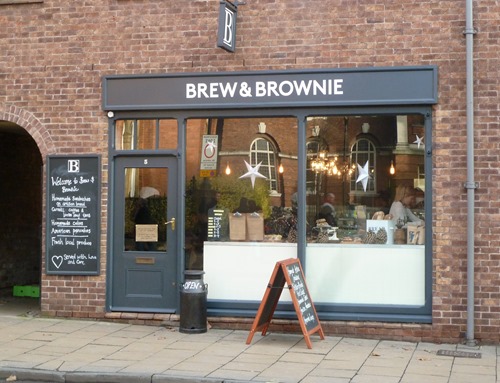 After we finished the hunt we had a walk around, over a section of the wall before looking round some of the shops and the little Christmas Market (nothing like the one in Manchester, but then, what is)

Monk Bar from the walls: 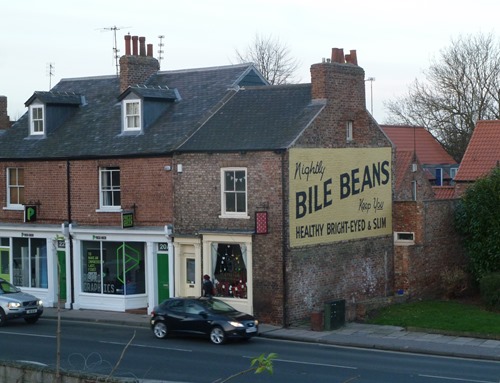 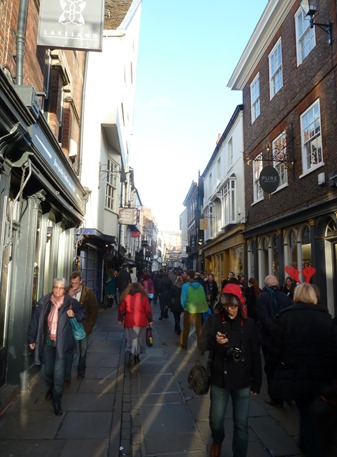 Getting close to 5 o’clock we were tired so we got the bus back to the park and ride and headed back home across a wet and very windy M62. We mad it home in one piece and all agreed that it had been a most excellent family day out.