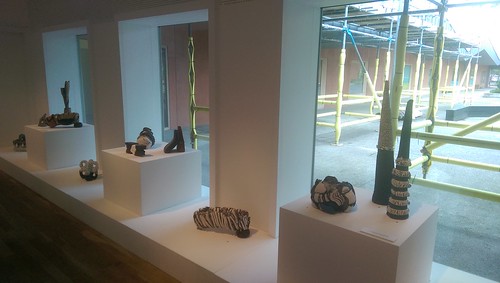 I was in North Wales for a brief work related visit to a factory on Tuesday. I was done just before midday so decided to pop into nearby Ruthin. For a while I’d been intending to visit the Ruthin Craft Centre and so this was a good opportunity to do so.
The craft centre has a number of workshops used by artists, but also has three galleries where they hold exhibitions, a shop and a cafe.
One of the current exhibitions features the work of a Spanish ceramic artist, Rafael Perez. He’s not exactly a traditional potter, producing abstract ceramic sculptures rather than utilitarian pots. 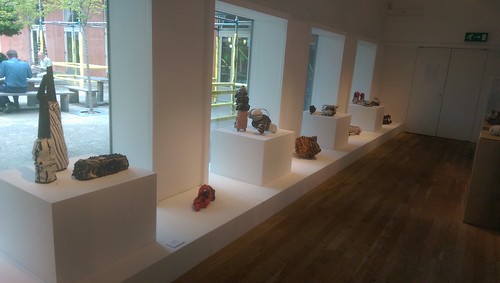 He uses black earthenware and white porcelain clays which behave differently in the kiln, the earthenware expanding and giving off gases, distorting and producing complex forms. In some cases pigments are applied which result in brightly coloured sections. He has a good understanding of his materials and how they behave in the kiln and uses these properties in a controled manner

“I have developed various clays at a medium temperature (around 1150 degrees) that have the quality of expanding upon firing. By combining these with other inert clays (sometimes red Spanish clay but generally porcelain with a low melting point and a melting agent in their composition) I make my sculptures.” (Interview on Contemporary Ceramics blog) 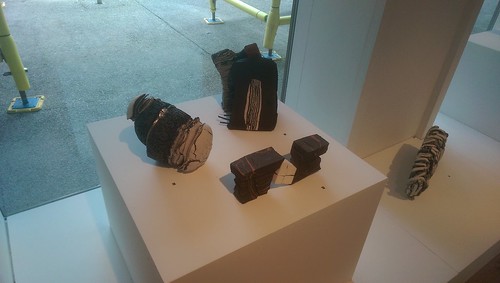 “My work is about surprising myself and the audience, using white porcelain and black earthenware clay, fired at high temperature. The black earthenware expands, thus creating a volcanic landscape. It is not just a natural landscape, because it is directed by me. I have created the cuttings from the beginning, but still the aspect of surprise is always present, because what happens in the kiln is unpredictable.” Rafael Pérez 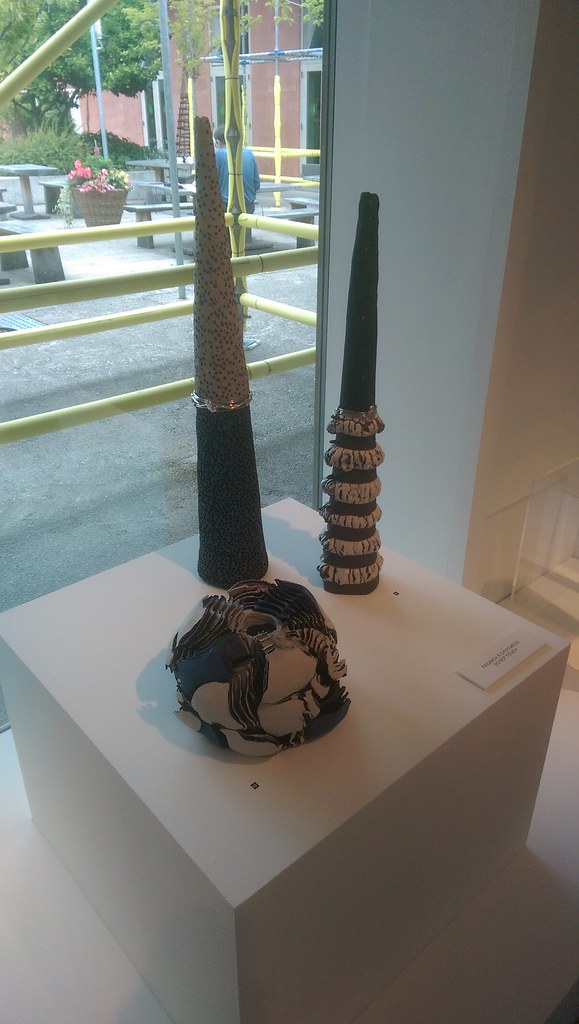 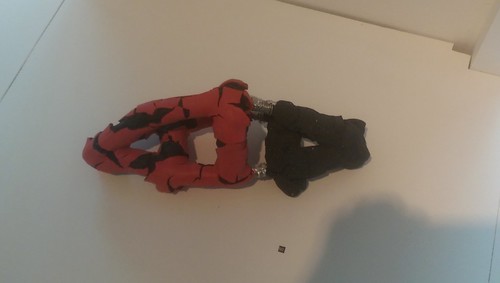 While others were much more geometric and structured. 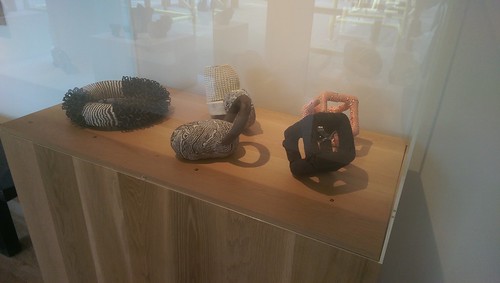 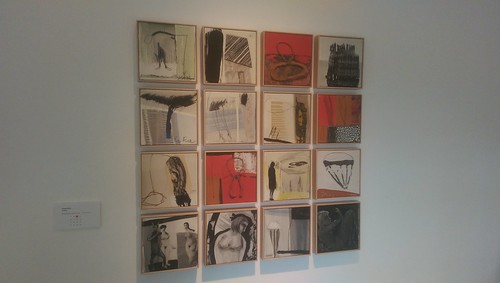 I know that his work will not be to everyone’s taste, but I found them fascinating and very interesting.

One of the exhibitions currently showing at the Manchester City Art Gallery focuses on sculpture created during a the period from just before the First World War to the present day. Covering three rooms on the first floor of the modern extension, it features works from the Gallery’s own collection  together with others from the Whitworth Gallery, currently closed for refurbishment, and the Arts Council.

explores some of the imaginative ways in which the sculptural form has been re-invented from just before World War One to the present day. It does so by combining sculpture with two-dimensional works of art and designed objects to create some unexpected but visually stunning juxtapositions.

The first room – The Human Condition – concentrates on the human form. Some of the works on show are figurative, some abstract and some a bit of both.

This relief by Eric Gill is very typical of his work. A clear depiction of a human form, a religious subject, finely carved.

The development of the abstract representation of the human figure can be seen in a piece by by Henri Gaudier-Brzeska and early works by Henry Moore and Barbara Hepworth.

This ceramic head by Stephen Dixon (Liu Xiaobo 2012), created in honour of the Chinese human rights campaigner and recipient of the 2010 Nobel Peace Prize

were both very popular, attracting a lot of attention from visitors.

As well as sculpture the exhibition includes some “two dimensional works” some inspired by sculpture, some ideas for sculpture and some by sculptors including Henry Moore.

The second room – Abstraction – did what it said on the tin featuring abstract works by artists including Anthony Caro, Alison Wearing  and Barbara Hepworth – this is her Sphere with Inner Form (1963)

I particularly liked a couple of aluminium reliefs

Relief (1965) by Jean Spencer, which could almost have been a fabricated industrial component

and, especially, the sensuous, curved forms of Icarus (1967) by John Milne.

I’m a sucker for simple abstract sculptures like this (Rotterdam Relief, 2005, by Toby Patterson) made from a transparent perspex panel and which uses light and shadows to great effect.

The final section – Transformation – concentrated on works made from everyday objects. They included this abstract beast by Lyn Chadwick,

and this work Ridged Vessel, (2014) by Claire Malet. which was commissioned by the Gallery.

It’s not immediately obvious but this remarkable piece started out as a commercially produced olive oil tin.

She explains her method:

I collect used steel cans and scrap copper with which to work. Each vessel is worked entirely with hand tools. The interiors are gilded with genuine gold leaf and copper leaf, bringing a distinctive richness and volcanic appearance to my work. I take an experimental approach to working with metal, allowing the medium to suggest a direction and often pushing it to the limits of workability, accelerating decay. This has led me to discover techniques that produce qualities similar to those found in nature. Through this process I aim to transform a mundane man-made object into a form to be treasured. The result is a fusion of intentional form and the natural characteristics of the medium.