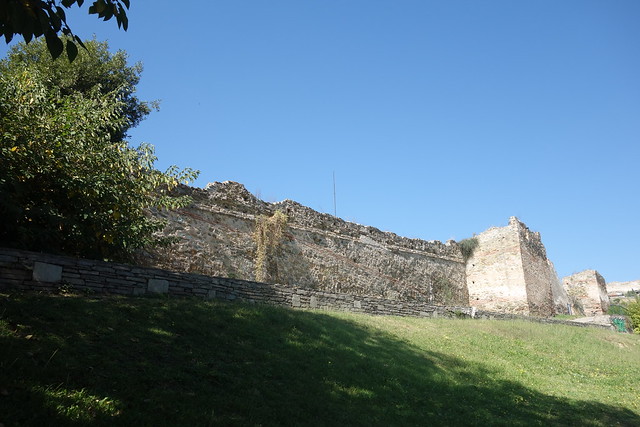 At one time Thessaloniki was completely surrounded by massive city walls. They ran all along the northern side of the city, descending down the hills on the the eastern and western flanks down to the sea, and continuing along the seafront. They were constructed during the Byzantine era in the 3rd, 4th and 5th centuries AD, with later modifications by the Ottomans. 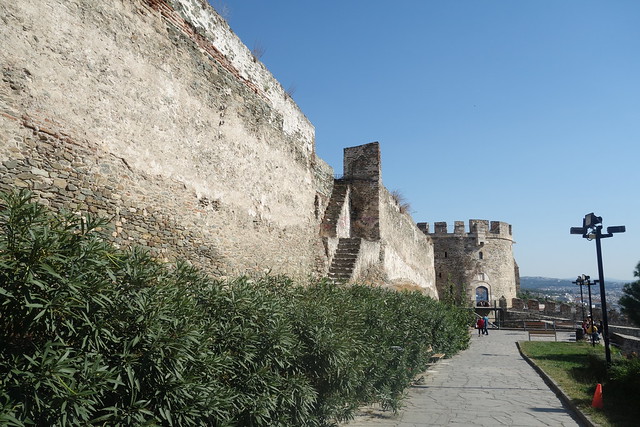 As the city grew and expanded, large sections were demolished as part of the Ottoman authorities restructuring of the city. The walls along the sea wall were the first to go at the end of the 19th century, followed by large sections in the lower, flat area of the city. However substantial sections remain along the top of the hill and on the east side of the old city. 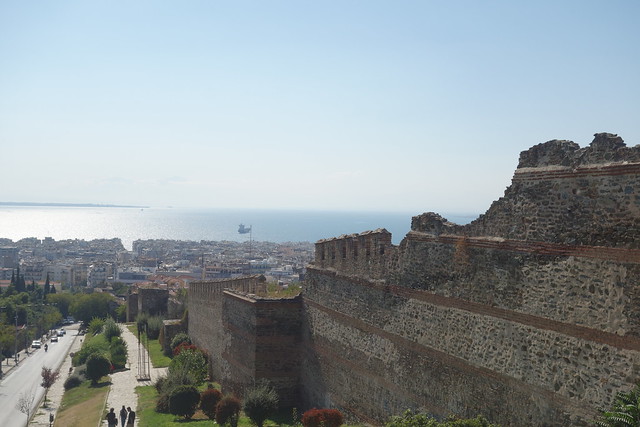 We climbed the steep hill beside the walls up to the Trigonion Tower at the north east corner of the fortifications on a hot afternoon. There were great views down to the bay. I could just about make out the distant mountains, including Mount Olympus, but view was hazy and they don’t show up on my photos. 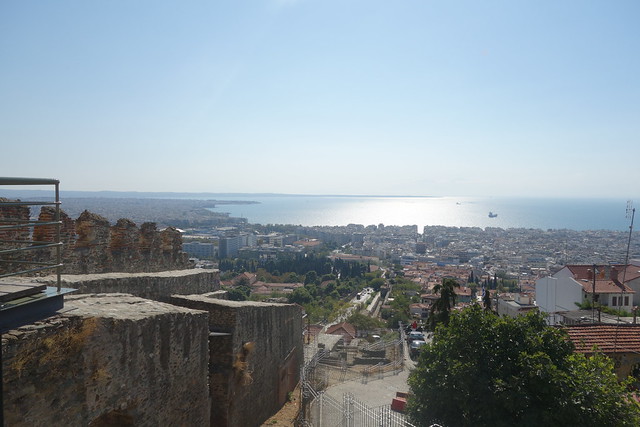 The tower was built in the 15th Century on the foundations of a previous, Byzantine structure. 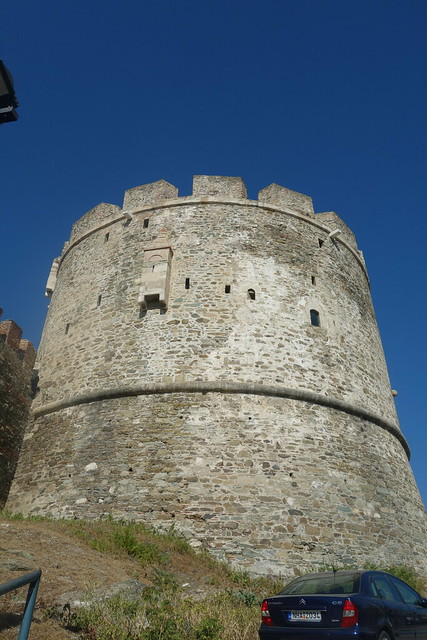 The walls are constructed of stone with some horizontal bands of brickwork. I reckon that the stonework would have been whitewashed (I saw evidence of this along a more sheltered, less weathered, section) with the brick work forming contrasting bands like the old walls of Constantinople. Caernarfon Castle was constructed like this deliberately to mimic Constantinople. 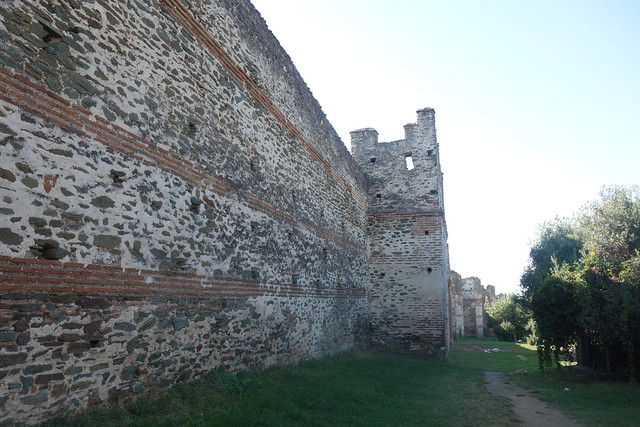 There’s a substantial stretch at the top of the old city, which we followed before descending back down towards the sea front, 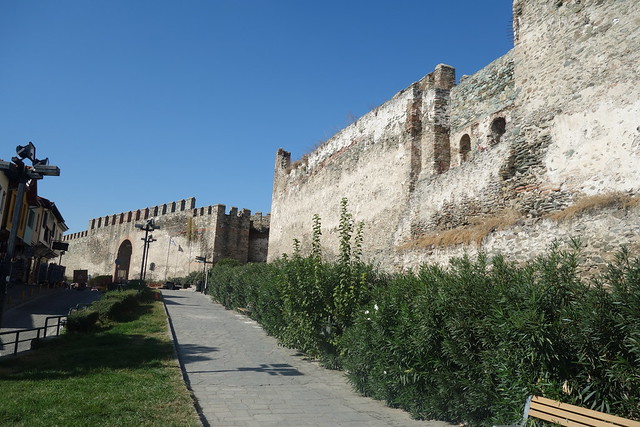 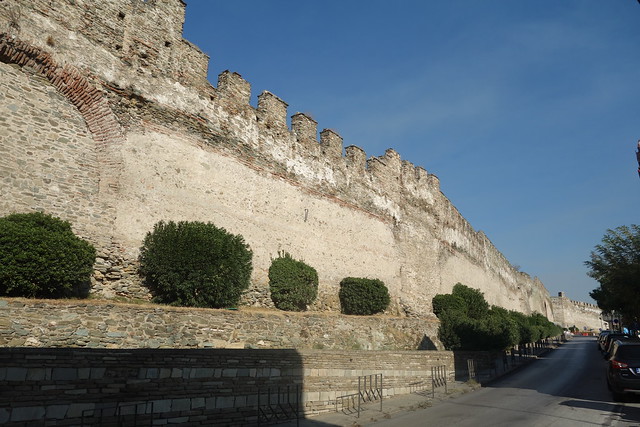