I was down in the Big Smoke last Wednesday, staying near County Hall, which is on the south bank of the Thames near Westminster. It had been a hot sunny day so I went out for a stroll during the evening after I'd eaten 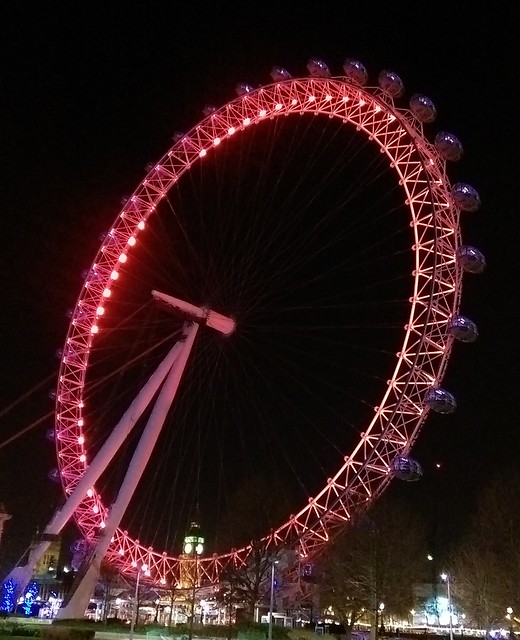 I had a meeting in central London on Tuesday morning so to avoid an exhorbitant peak fare on The lovely Virgin West Coast service, and an early start, I travelled down after work on Monday evening. It was quite late when I arrived but I needed some fresh air, so, after I checked into my Premier Inn at Waterloo, I decided to stretch my legs and take a walk along the Southbank. It was a pleasant evening and I managed to take a few snaps on my phone that came out reasonably well. 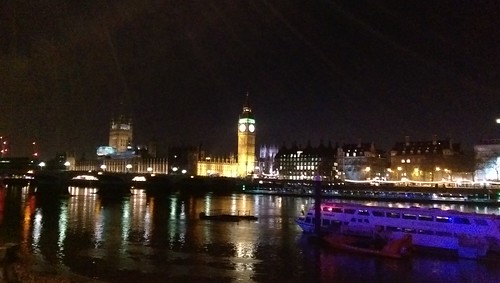 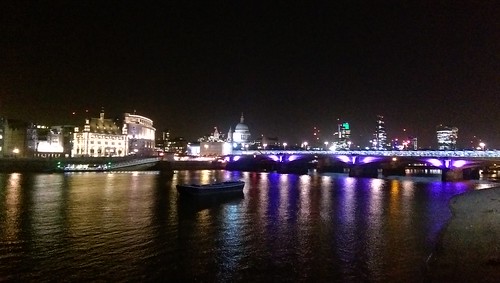 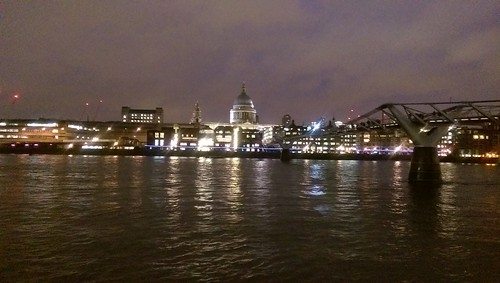 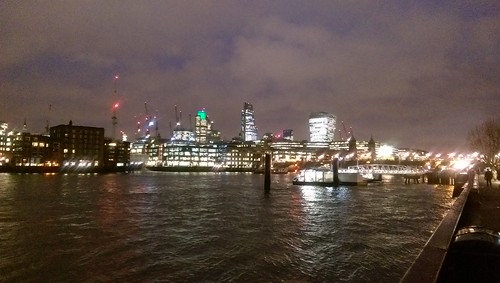 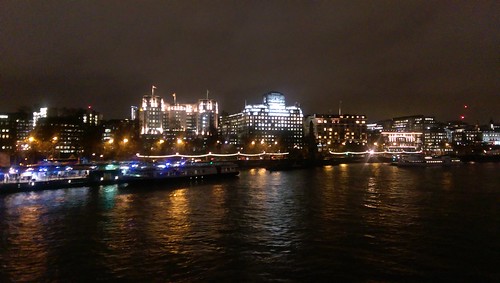 A few shots taken before, during and after our ride on the London Eye. The last time we went on the eye, way back in 2000, it rained while we were on the wheel and we could hardly see a thing! Much better last Saturday. Expensive, and London isn’t a particularly attractive city, but you have to do it.

We’re just back from a short break in London. We took the train down on Thursday morning arriving midday and headed back home Friday evening to be greeted with hail stones and snow. Luckily the weather was quite good while we down in the Smoke. Cold, but only a little rain and a brief slurry of snow on the Saturday.

It was our third January break in London and, as previously, we stayed in the Premier Inn at Belsize Park, Hampstead. Cheaper than hotels in the centre of London but only 3 stops up the Northern Line and 15 or so minutes into the tourist hotspots.

After checking into our hotel just after midday we took the tube to Charring Cross and then walked over to the Courtauld Gallery. We wanted to see the Schiele  exhibition that was coming to the end of its run but we also enjoyed looking at the paintings, drawings and sculpture from their permanent collection.

After that we headed over to the Whitechapel Gallery where it was late night opening and a new exhibition of abstract art – Adventures of the Black Square Abstract Art and Society 1915–2015 – had just opened. there were some free exhibitions on too which were also very interesting.

After a long afternoon of looking at art it was time to head back to the hotel.

The next day, after breakfast we took the tube to Euston and had a pleasant walk through Bloomsbury to the British Museum. Taking time to look around some of the Georgian streets and squares.

There’s so much to see in the British Museum it can be overwhelming, so we concentrated on the Anglo Saxon, Viking and Celtic rooms upstairs

and the Babylonian reliefs on the ground floor

After that we went for a walk along the South Bank, stopping off for a very delicious meal in the cafe at Tate Modern.

We didn’t stop in the Tate but walked over the Millennium Bridge towards St pauls, taking in the views along the river and towards the Shard

Not far from St Pauls, tucked away in a small square linked by narrow alleys to Fleet Street is the house where Dr Johnson lived while he compiled his Dictionary.

Saturday morning a return trip to Kenwood House which we visited last year.

And after dinner we decided to brave the queues and take a trip on the London Eye which had just reopened following it’s winter shutdown. We’d only been on it once before, back in 2000, when it rained and we could hardly see anything. This time we were luckier as it was a reasonably fine late afternoon

So we got some good views over London

It was almost 5 o’clock and time to head back to Euston. We were shattered when we got home!