One of the things we enjoyed during our stay in Whitby was taking an evening walk along the harbour. Two evenings were particularly pleasant for a stroll down to the pier. 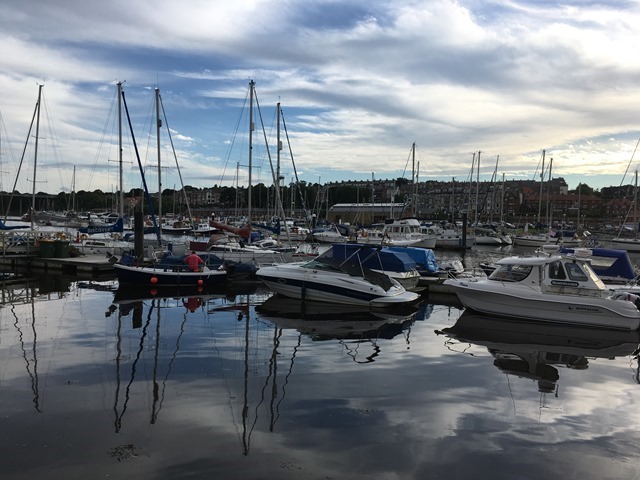 Looking out from the west pier 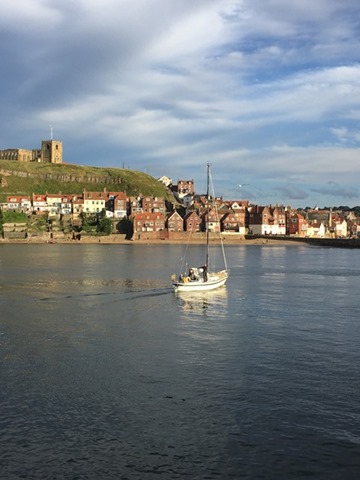 Looking along the west pier 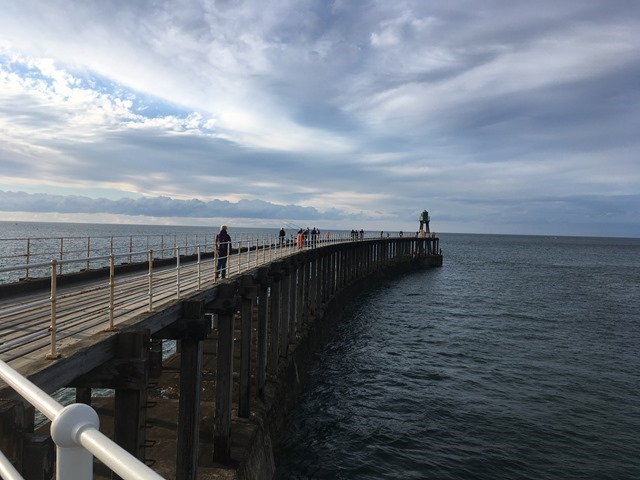 A coble crew, no doubt practicing for the Whitby Regatta 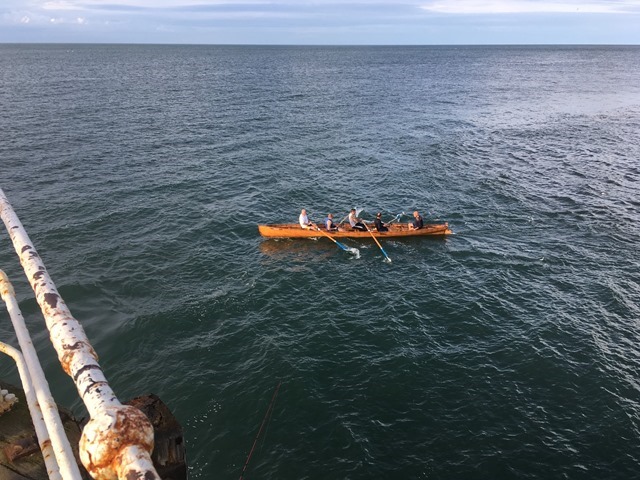 Looking over to the East Cliff 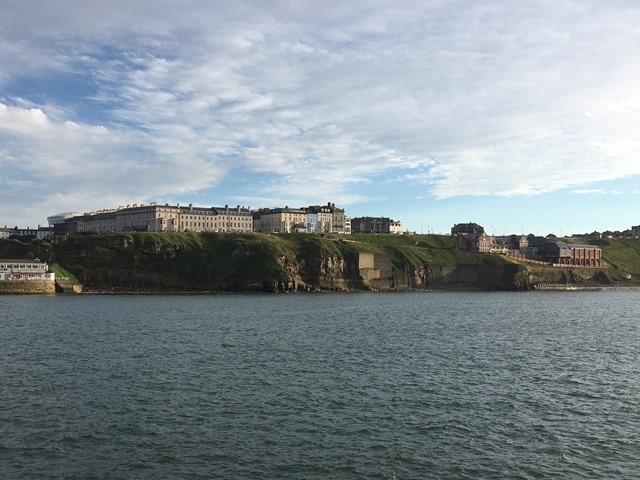 As the sun began to sink it lit up the east cliff which looked particualrly dramatic with the grey cloud behind. 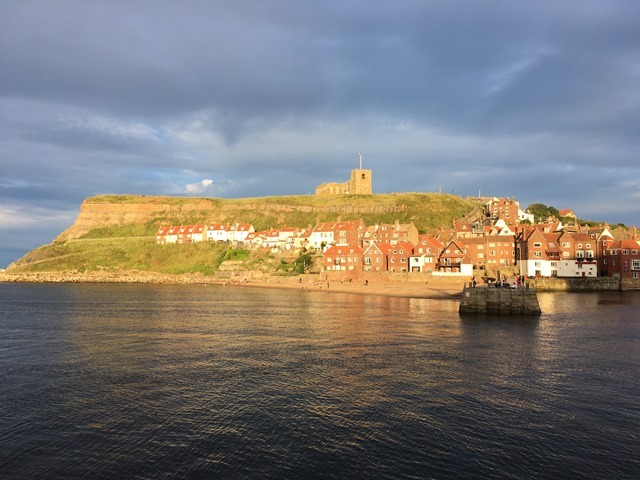 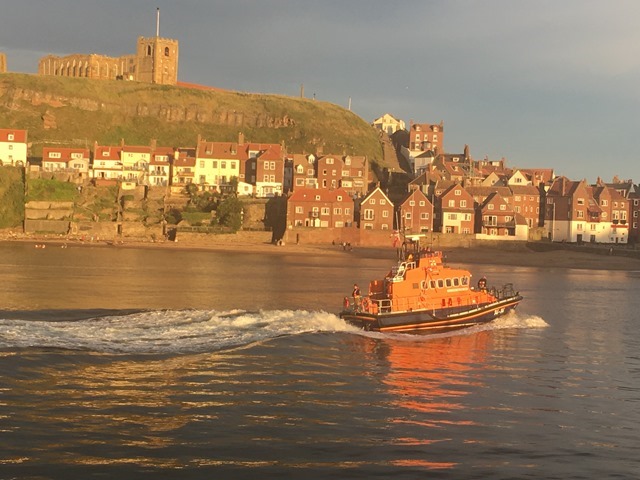 We climbed up the west cliff. Looking down to the piers 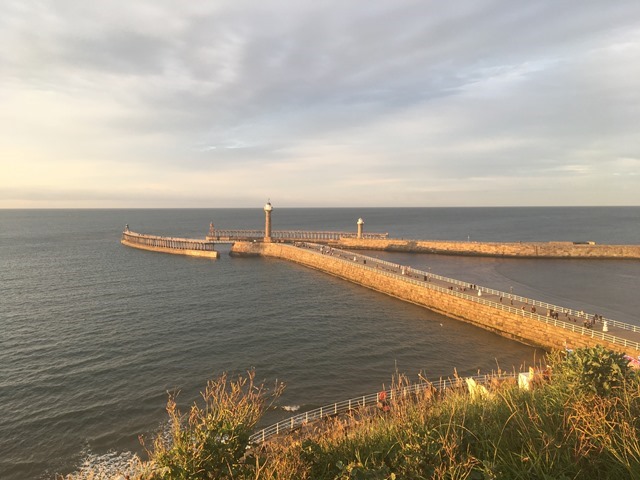 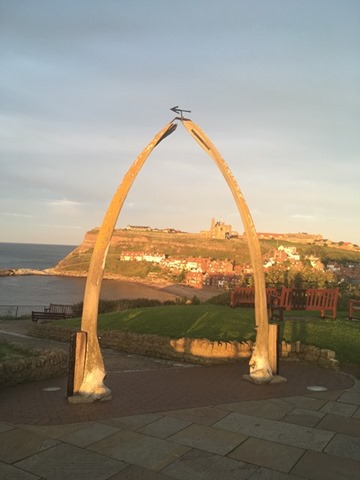 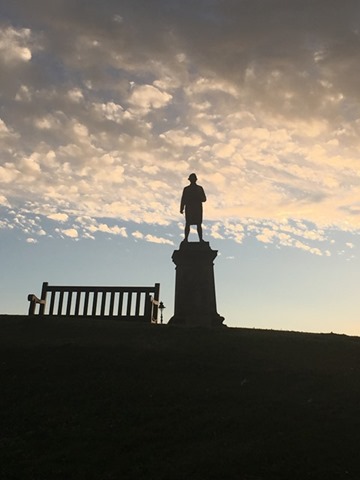 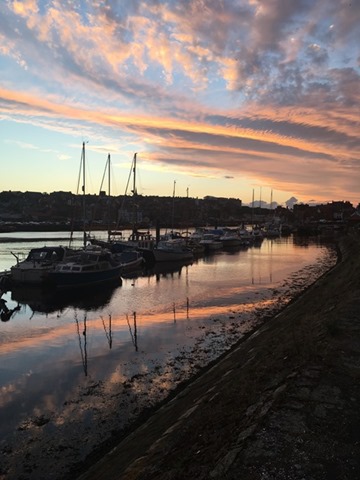 The next evening we went out again. Starting with a stroll along the east pier 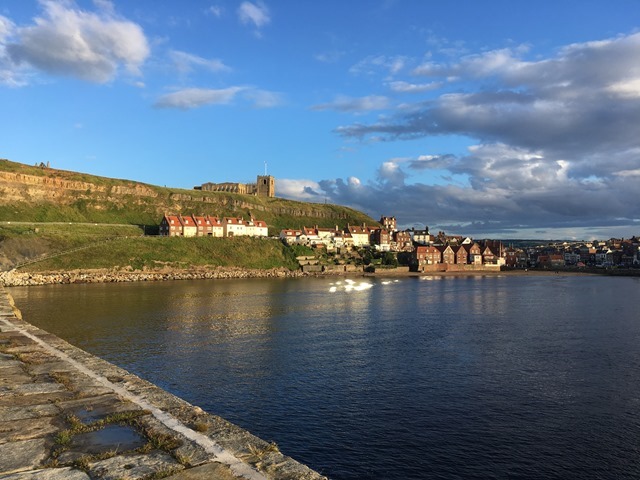 Jurassic cliffs to the east 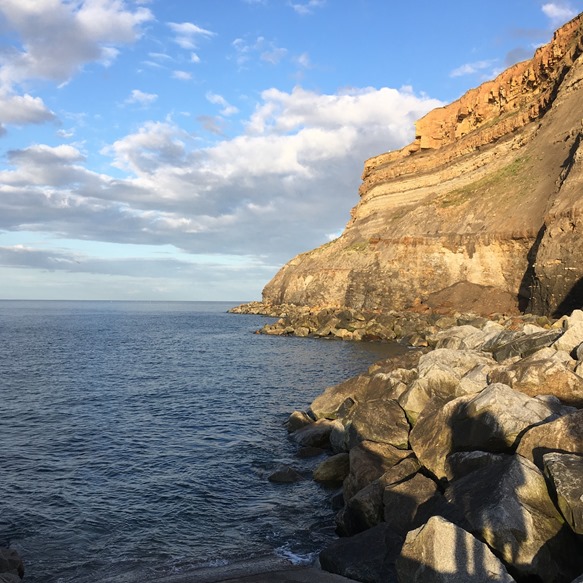 Looking across to the west pier 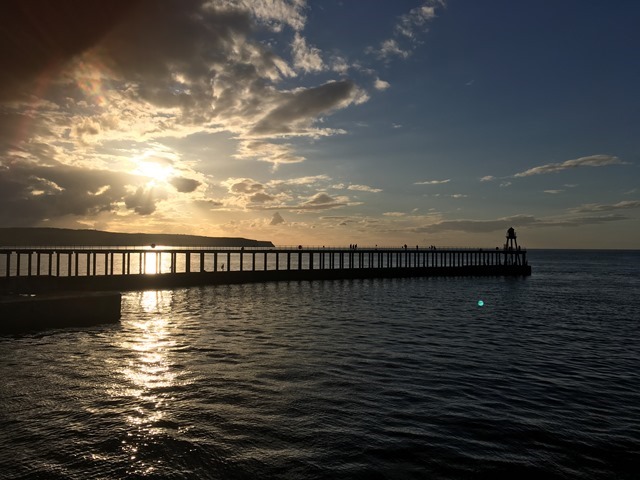 and the West Cliff 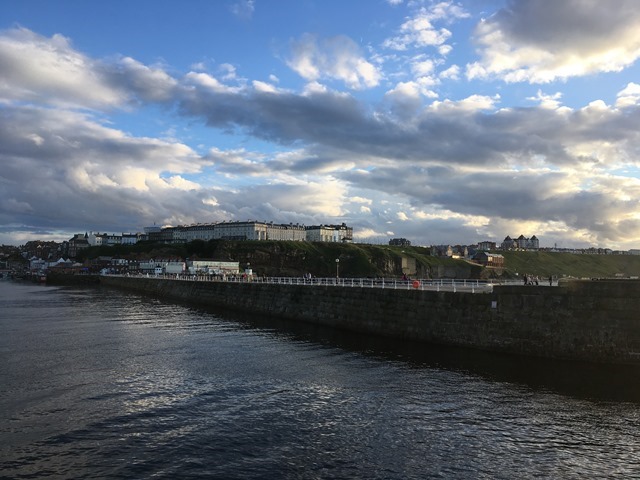 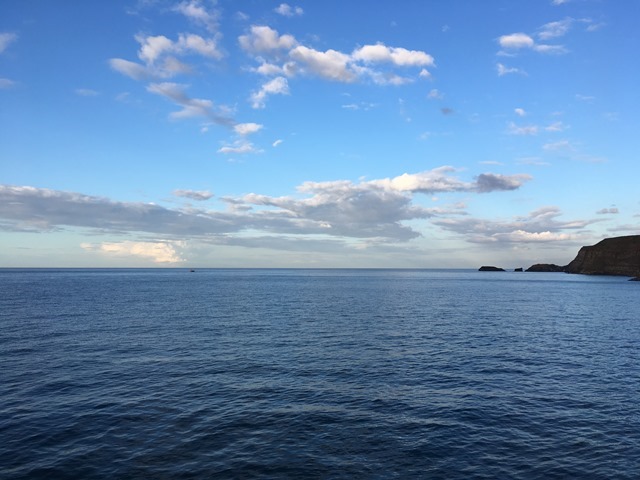 Along the west pier 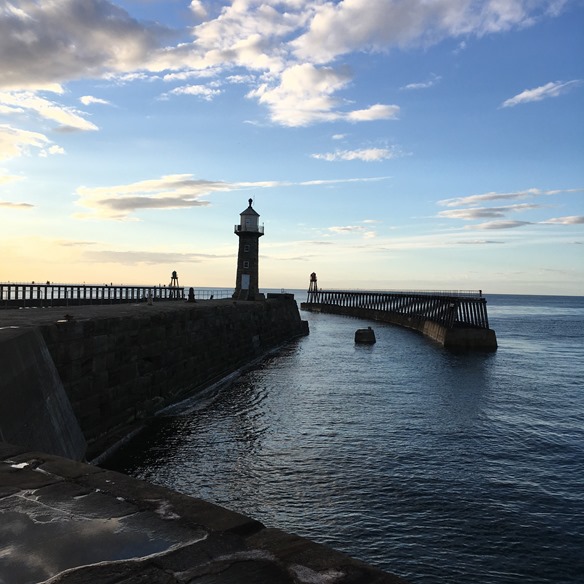 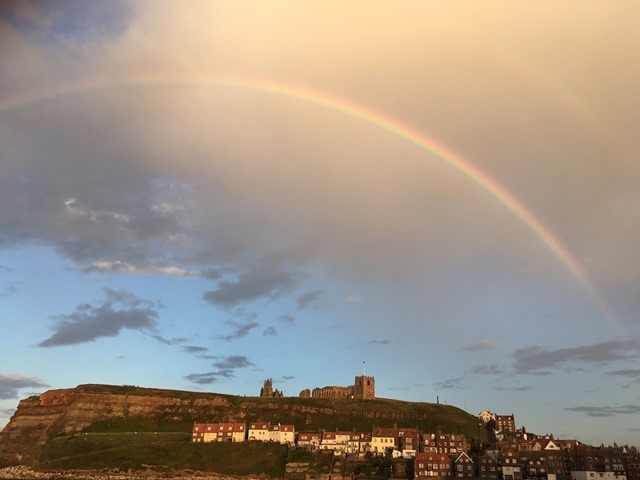