As would be expected of the second largest city in Greece, there are several museums in Thessaloniki. As our time in the city was limited (and as the weather was nice we wanted to enjoy being outdoors in the sun) we only visited one of them. I would have liked to have had a look round the Macedonian and Archaeological Museums, but expected they would require a lot of time and concentration, so, on our last day, we decided on visiting the Macedonian Museum of Contemporary Art. There’s also a National Contemporary Art Museum, but that was a little way out of the centre whereas the Macedonian gallery was not far from the White Tower.

There were two exhibitions to see. On the ground floor there was a display that was part of the Thessaloniki PhotoBiennale 2018, which is spread over a number of venues across the city.

There was a really interesting selection of photographs. It’s not easy to photographs photos, especially when they’re in frames with reflective glass, but here’s a few of my favourites 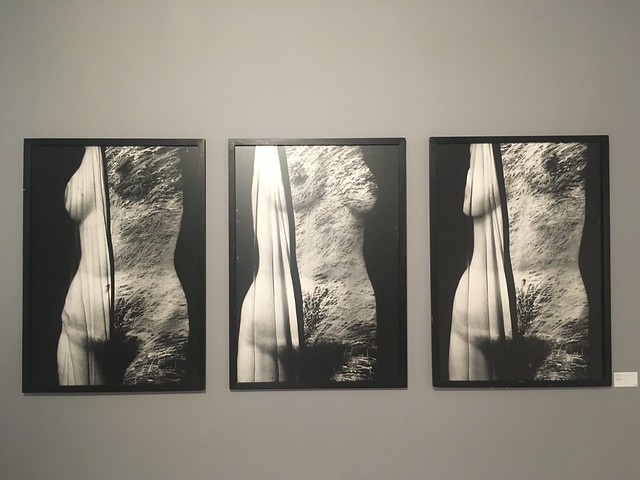 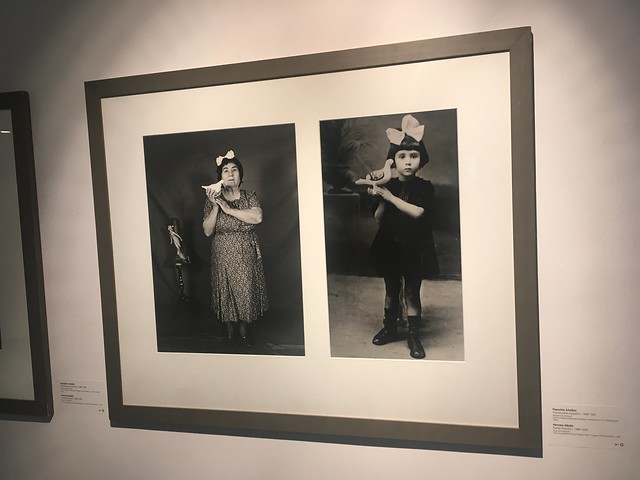 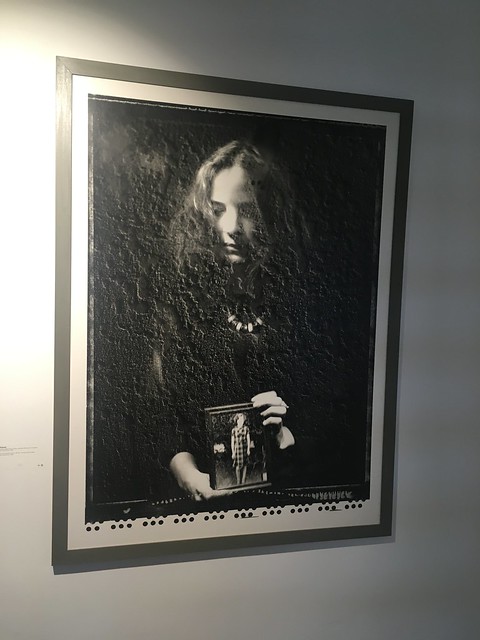 This wetted my appetite to see more of the biennial, but time and energy were running out.

The upstairs gallery and some of the spaces downstairs were devoted to an exhibition of contemporary works from the Gallery’s own collection, that had been donated by Alexandros Iolas. Iolas had something of an interesting life. He was an ethnic Greek born in Alexandria in Egypt. He studied music in Berlin, became a ballet dancer and went to New York and when his dancing career was cut short due to injury, he became involved in dealing in contemporary art, founding galleries in New York and Europe.

Some of the exhibits were a little “fruity” and probably reflect his sexuality, but here are some of the works I liked
A Modigliani 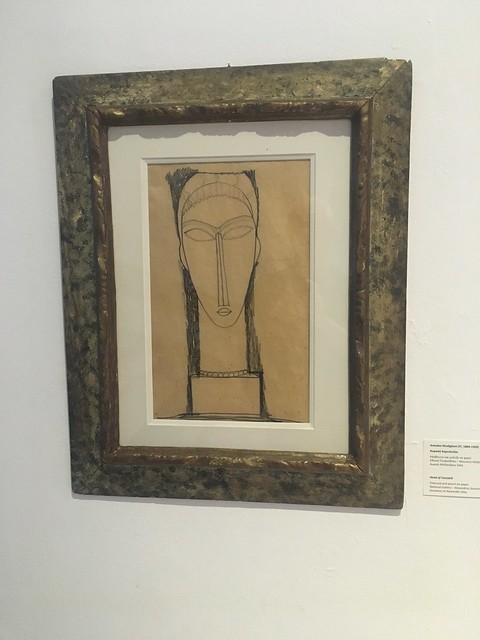 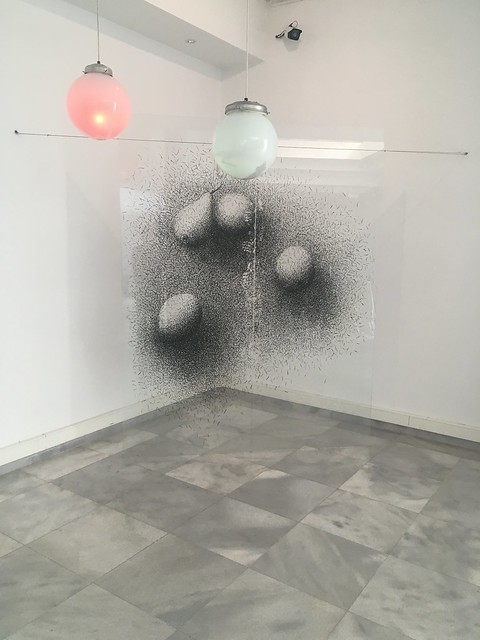 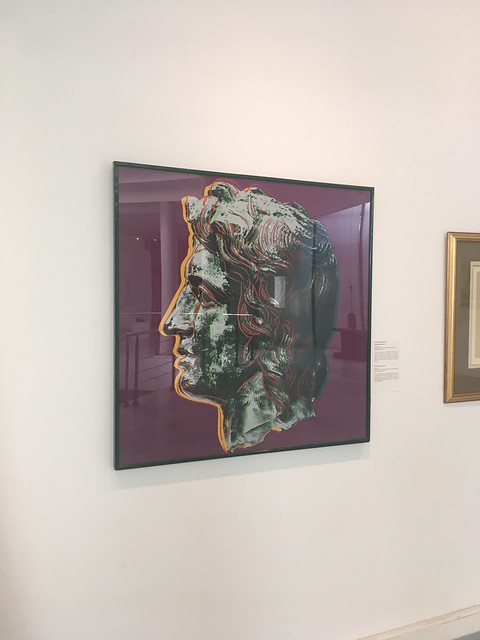 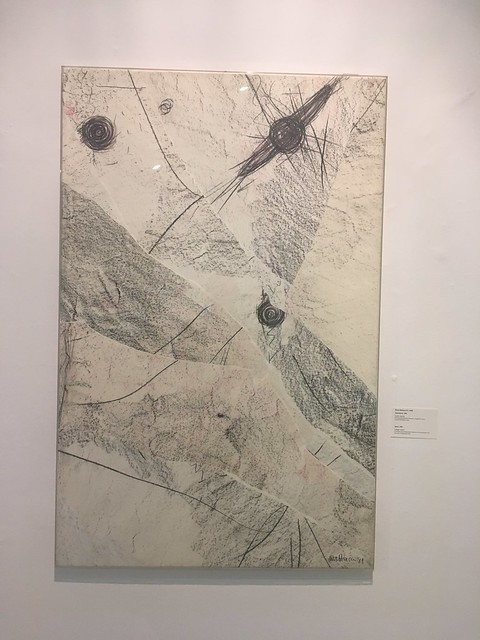 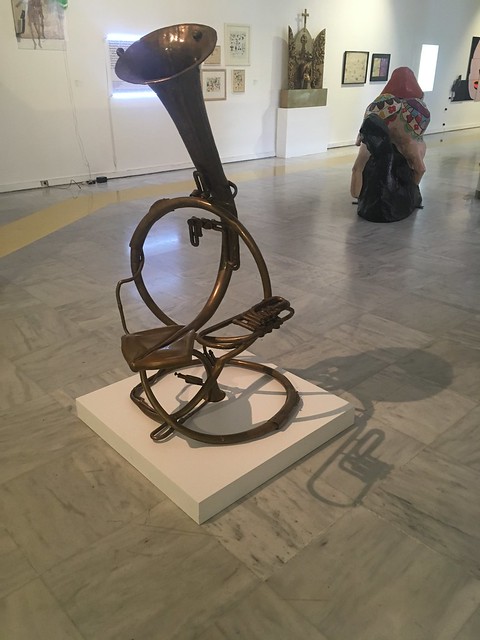 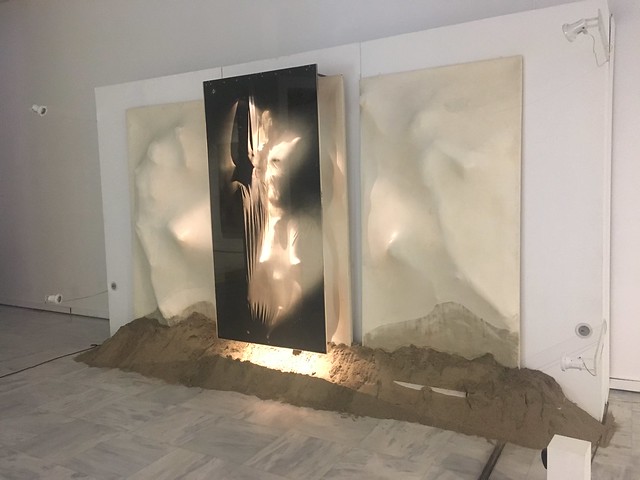 The collection included works by both well known International artists and others from Greece who I’d not come across before. It was particularly interesting to discover the latter.

We spent a couple of hours in the Gallery and both of us felt it had been a worthwhile visit and a good choice. Not too large so we became “arted out” but with enough interest.