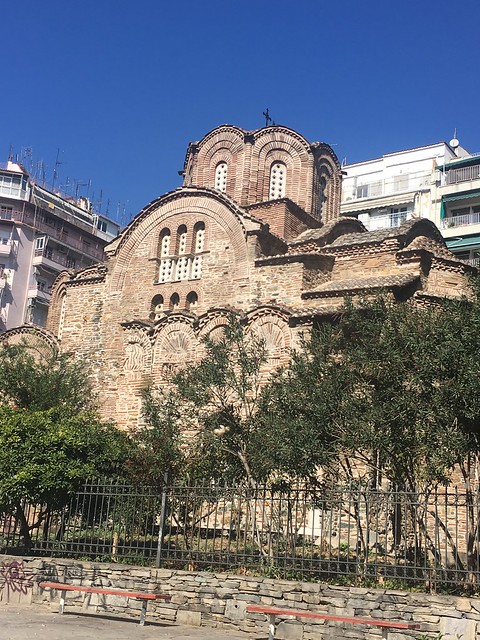 Although Thessaloniki is predominantly a modern city, rebuilt in the 20th Century following the 1917 fire, as we walked around the streets we kept stumbling on old, stone churches, mainly from the Byzantine era. 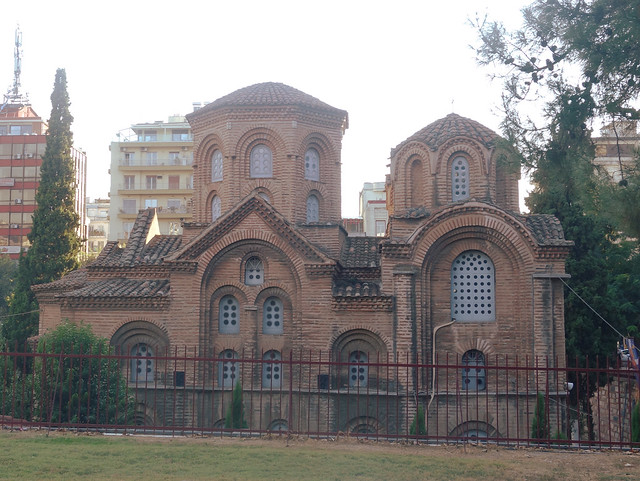 Churches in Britain, and most of the European countries I’ve previously visited tend to be Mainly Gothic (including Gothic revival) and Romanesque, with some Neo-Classical and Modern buildings. So seeing these Byzantine buildings was a new experience. Their architecture is quite different – no Gothic style tall pointed arches, slender columns and flying buttresses in these churches.

The main architectural feature of Byzantine churches is usually a great central dome. The buildings tend to be constructed from brick, not stone and relatively plain on the outside. But the inside is very different with the walls and ceilings covered with mosaics and gold leaf.

One of the distinguishing features of the Greek Orthodox Church is the prominence of Icons. All the churches we saw had several in prominent positions inside the church and also outside in small outside chapels. Greek visitors to the churches would kiss the icons – something rather surprising to someone who was brought up a Protestant. Worshipping graven images being something of an anathema! 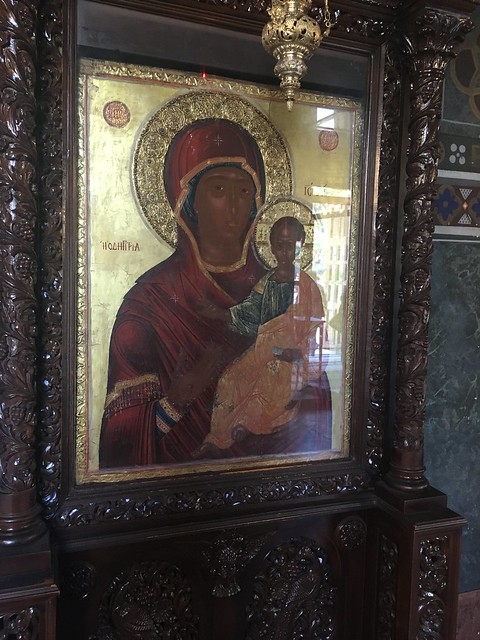 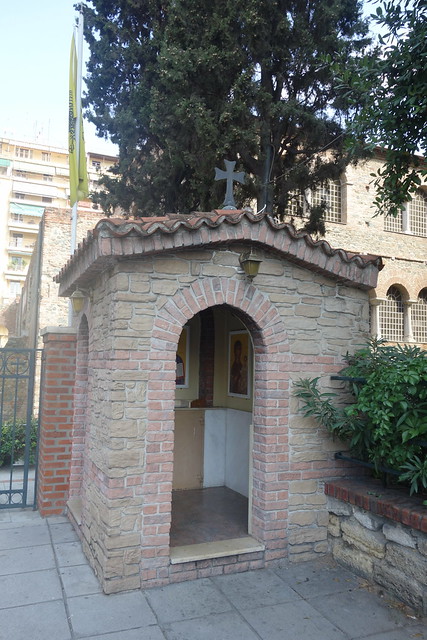 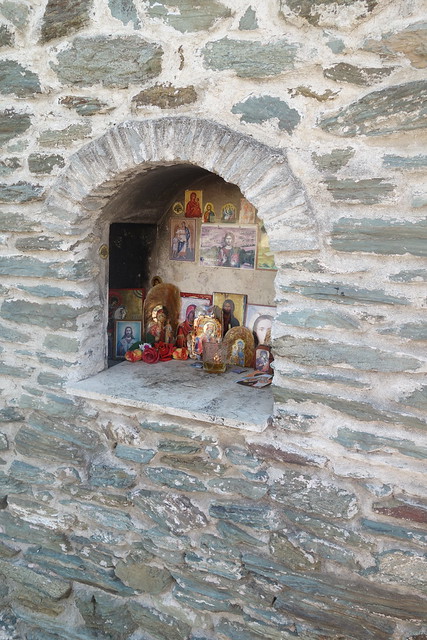 Two of the oldest churches in the city are the Hagios Demetrios (7th century) and Hagia Sophia (8th century. We managed to take a look inside both of these. They were both very sumptuously decorated with icons, frecoes, musrals, paintings and lots of gold leaf.

The Hagia Sophia was the ‘Great Church’ of Thessaloniki – that is, the city’s cathedral – until its conversion into a mosque in 1523/24. It was significantly damaged during the 1917 fire but has been gradually restored. The restoration of the dome only being finally completed in 1980. 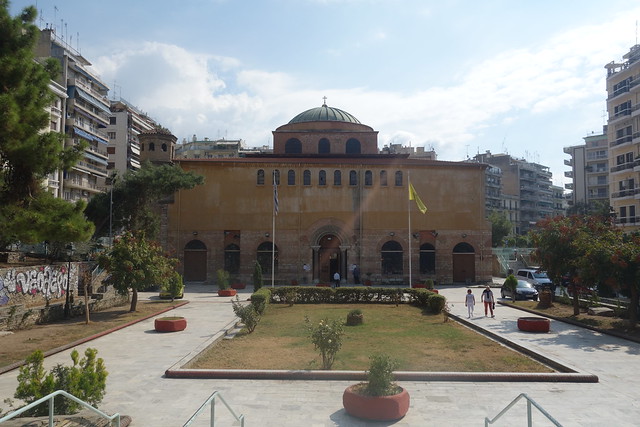 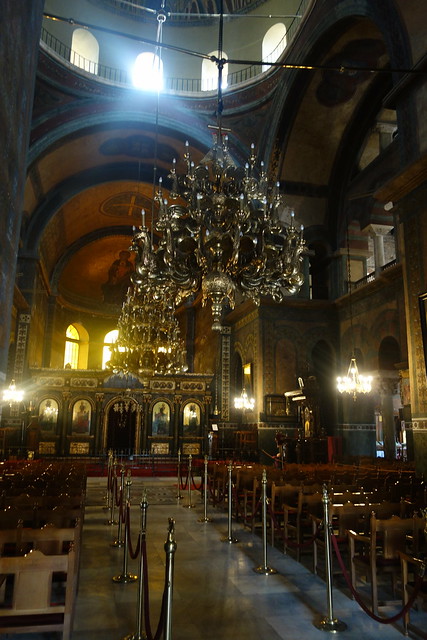 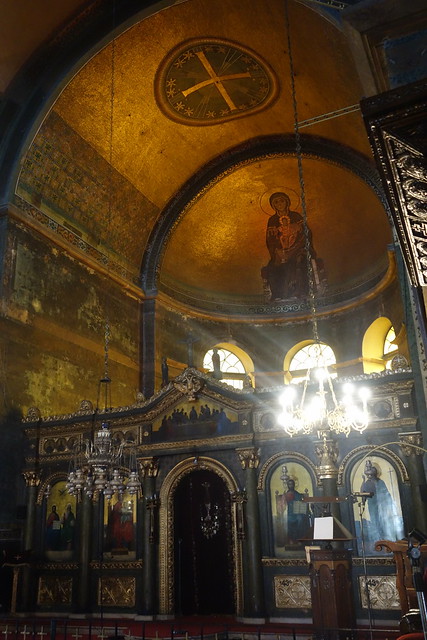 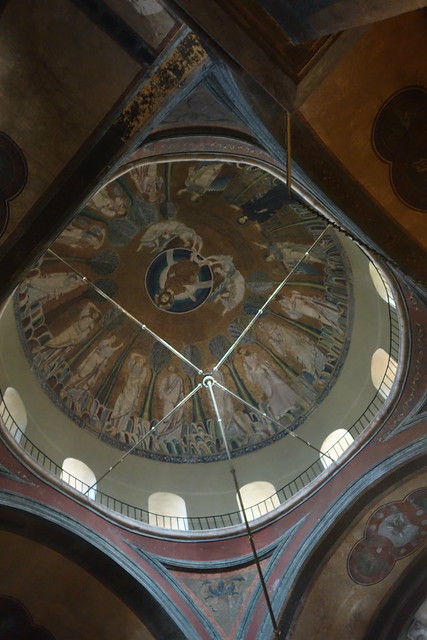 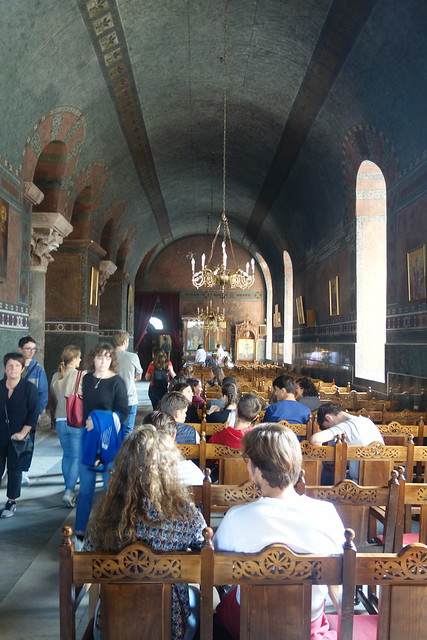 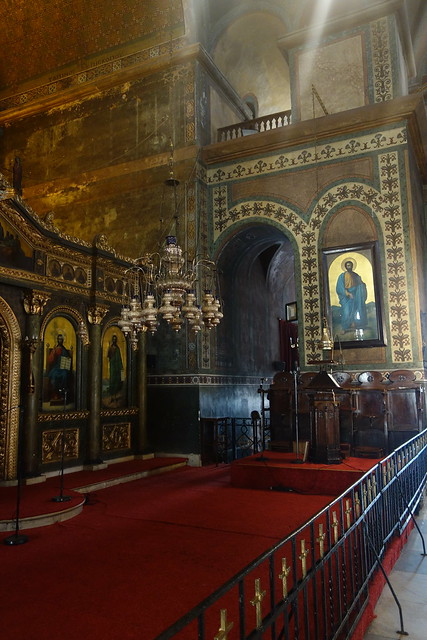 We also visited the Hagios Demetrios which is dedicated to Saint Demetrius, the patron saint of Thessaloniki. There’s been a church on the site since the early 4th century AD with the current structure built between 629 and 634. It was severely damaged during the 1917 fire, but has been restored, although this took many years to complete 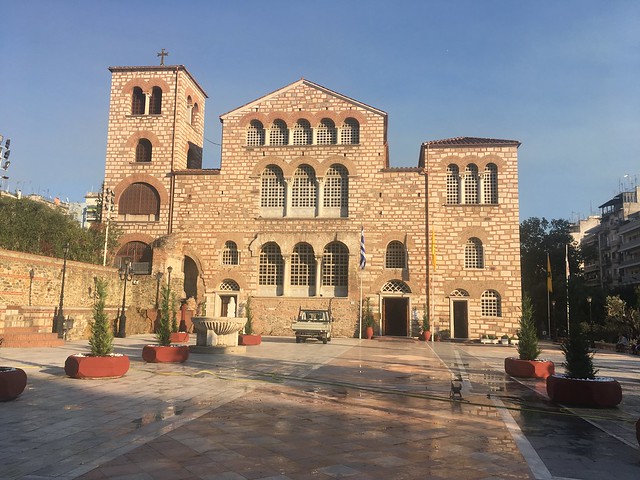 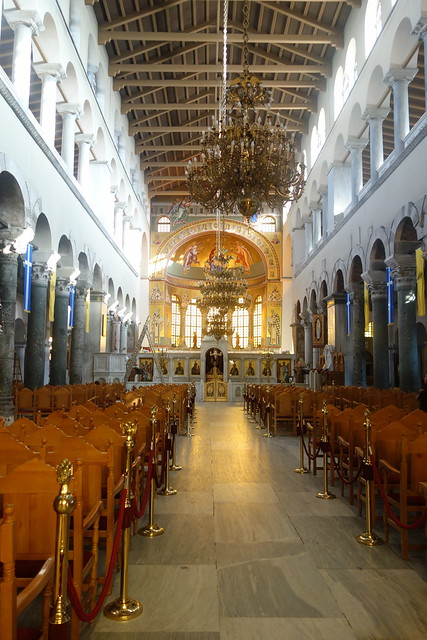 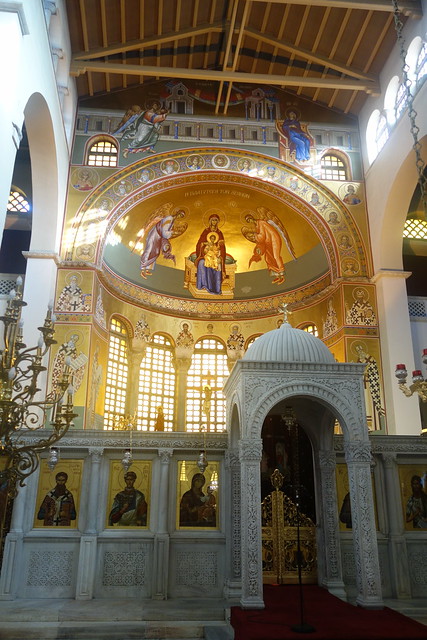 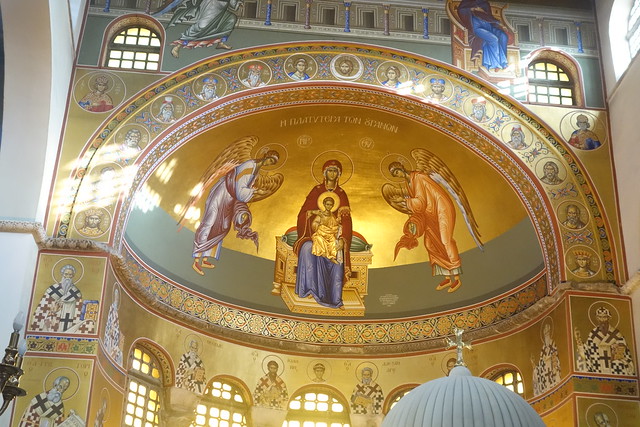 9 thoughts on “Byzantine Churches in Thessaloniki”