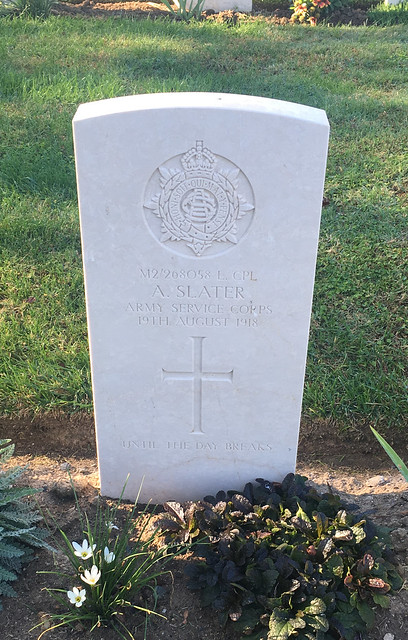 Until the day breaks and the shadows flee, turn, my beloved, and be like a gazelle or like a young stag on the rugged hills. (From the Song of Solomon) 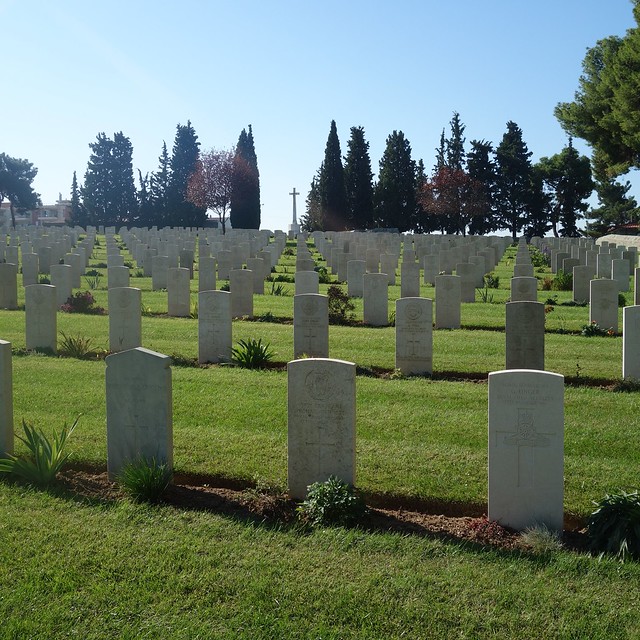 My main motivation for our trip to Thessaloniki was to visit the Mikra British Cemetery, as it’s there that my Great Grandfather is buried. He died on 19 August 1918 while in Greece as part of the British Salonika Force (BSF). So our visit was 100 years after his death (although we were a few weeks late).

Until I started researching my family history I didn’t really know that there were British troops in Greece. But they were there as part of a French led campaign between 1915 and 1918, initially sent in to assist the Serbs who were being attacked by the Bulgarians, supported by the Germans and Austrians.

Greece was a neutral country but the Entente force was “invited” in by the Greek Prime Minister Eleftherios Venizelos, who was pro-Entente. The Greek King, Constantine I, however, was pro-German, so the political situation was tense to say the least. An internal struggle in Greece led to the King being deposed and replaced by his son in 1917, and Greece joined the war supporting the Franco-British led force which also included Russian, Italian, and Serbian contingents as well as British and French colonial troops from the Indian subcontinent, Africa, and Indochina.

By the time the Salonika Force arrived, the Serbs had already been defeated and after an initial offensive the front stabilised. The Allied armies entrenched around Thessaloniki, which became a huge fortified camp, leading the French Premier Georges Clemenceau to mock them as “the Gardeners of Salonika”. There was a final push in late 1918 when the Bulgarians were defeated. 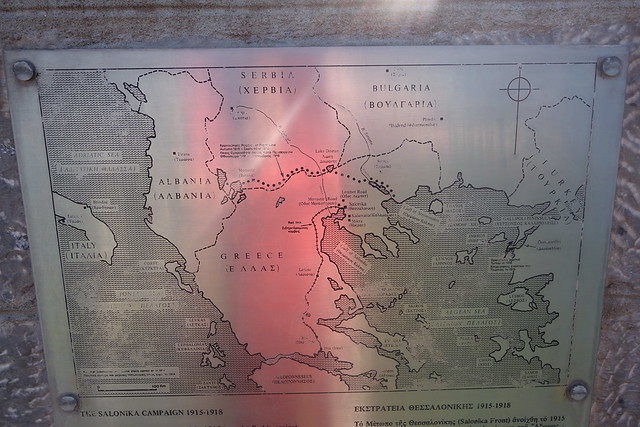 Over 10,000 British members of the Salonika Force died, more than half of them from malaria, dysentery and other diseases. Initially, the Commonwealth dead were buried in the local Protestant and Roman Catholic cemeteries. The Anglo-French Lembet Road Military Cemetery was used from November 1915 to October 1918. The British cemetery at Mikra, Kalamaria, was opened in April 1917, remaining in use until 1920. 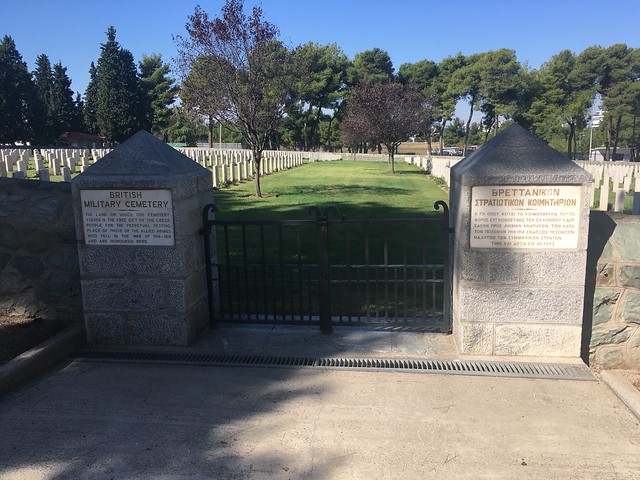 My Great Grandfather, Arthur, was a regular soldier in the Royal Field Artillery when the Great War broke out and he was off to France with the British Expeditionary Force on 18 August 1914, so he was one of the first to be sent out to the war. Somehow he survived (he was a driver and I suspect he was ferrying officers around) and was discharged at the end of his service period in March 1916. Surprisingly, this was normal practice for Regular soldiers. He wasn’t home for long, though, as on 9 June 1916 he was sailing out of Preston to Greece having been called up into the Army Service Corps. As someone who could drive (a relatively rare skill in those early days of motoring) he was assigned to a Mechanical Supply Company.

Like many of the British troops out in Greece, it would appear that he died of disease. His death record states that he died in No. 29 Hospital and his cause of death is recorded as “died”. Well that’s pretty obvious. I guess that was to disguise how he died as the authorities probably didn’t want the public to know how many troops were dying from disease. 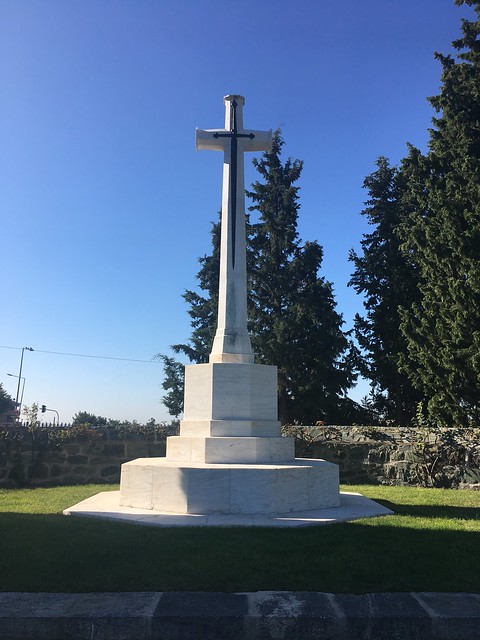 Mikra cemetery is next to the Greek cemetery in Kalamaria, which in 1918 was were the British force was based and on the outskirts of the city. Today it’s been absorbed into the urban sprawl. We got a taxi out there from the city centre – at a cost of 8 Euros each way. 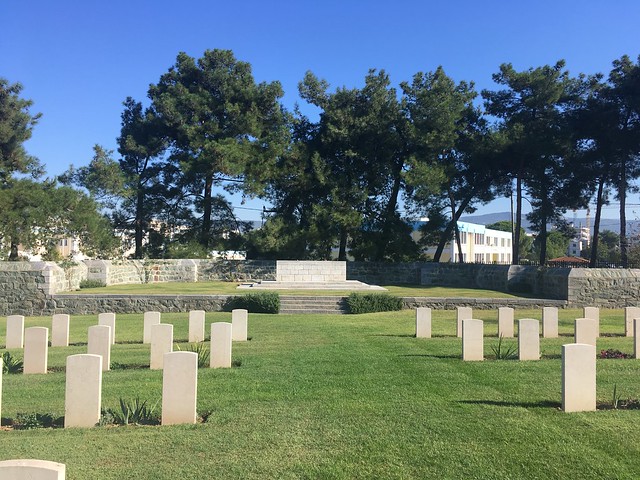 The cemetery is like those that we’d visited in France, very well looked after with pristine headstones – not the usual Portland Limestone but local stone – mainly marble. There are 1,810 Commonwealth dead buried here and 147 other nationalities, including Russians, Serbs, Greeks and even some Bulgarians. It’s a peaceful spot and a beautiful (if that’s the right word) memorial.

It was easy to locate Arthur’s grave. The Cemetery records are accessible online and provided details of exactly where he was buried – the headstones are numbered and laid out in neat rows. There’s a copy of the record in a cupboard in wall by the cemetery gates too. 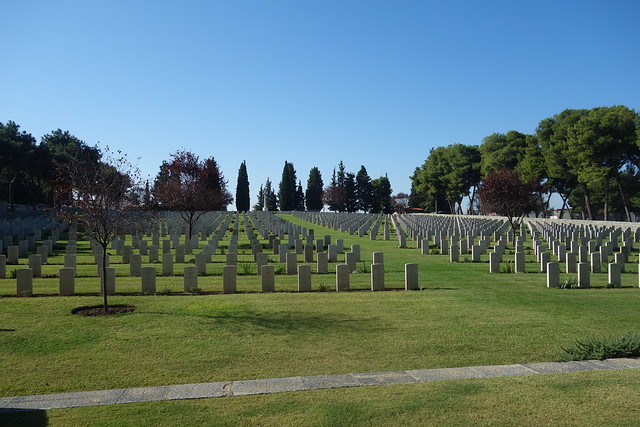 We soon spotted that the headstones of non-Commonwealth dead had a slightly different design of headstone. 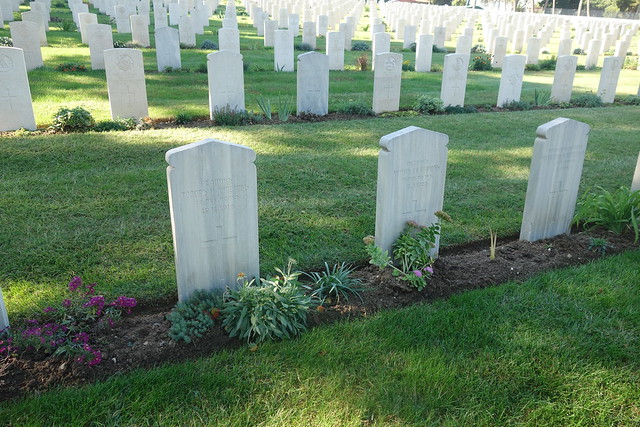 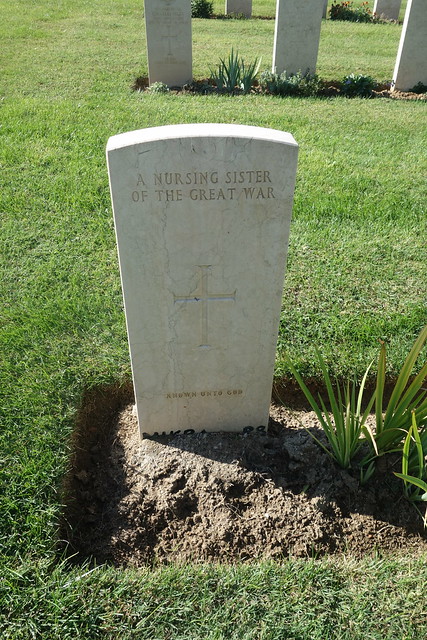 At the top of the cemetery, next to the cross, there are memorials to Troops and nurses who died on ships sunk on the way to Salonika, including the Britannic, the sister ship of the Titanic. 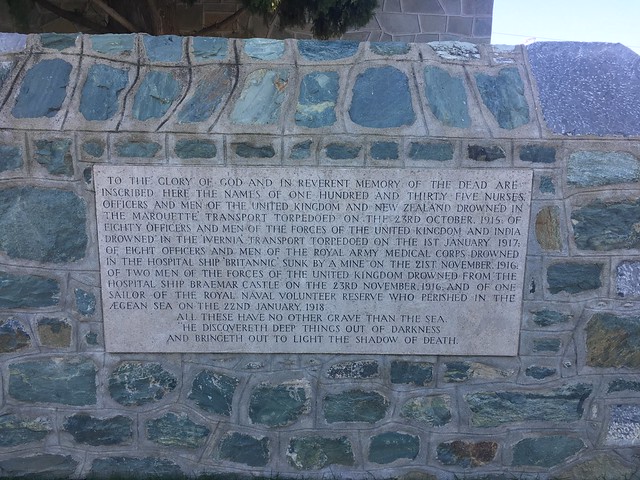 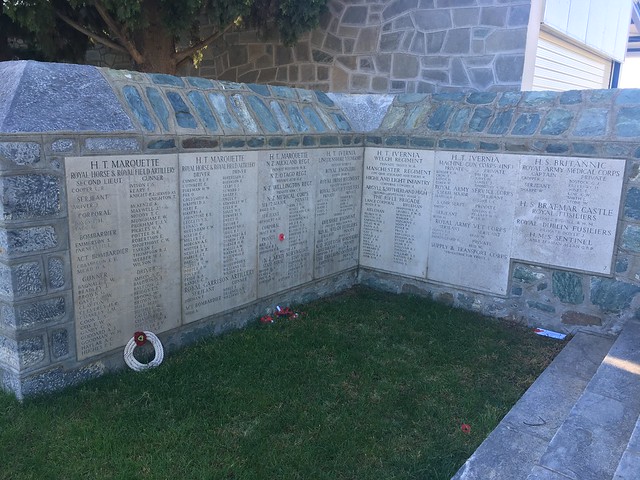 I’ve no doubt we were the first visitors to Arthur’s grave. It was a moving experience for me to stand beside it. We left a small bouquet of flowers, including red roses for Lancashire, which I’d bought at the flower market that morning. 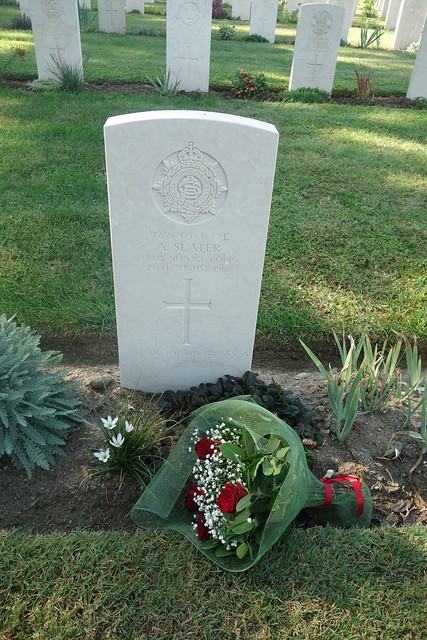 Afterwards we spent some time looking round the cemetery and also chatted with three members of a family who were visiting the grave of a relative. After spending about an hour and a half in the cemetery we left and caught a taxi from the rank across the road and headed back into the city centre. I was glad that I’d been able to fulfil my ambition to visit my Great Grandfather and pay my respects on behalf of the family. He’d survived the first two years of the war on the Western Front only to die of disease in a forgotten front far from home, only a few months before the madness ended. Rest in Peace Arthur. 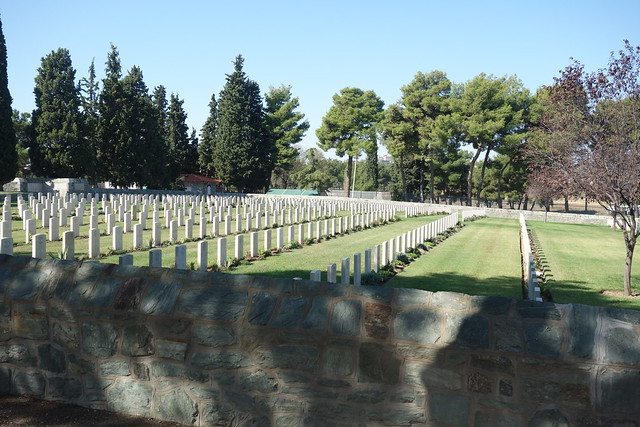 9 thoughts on “Until the Day Breaks”