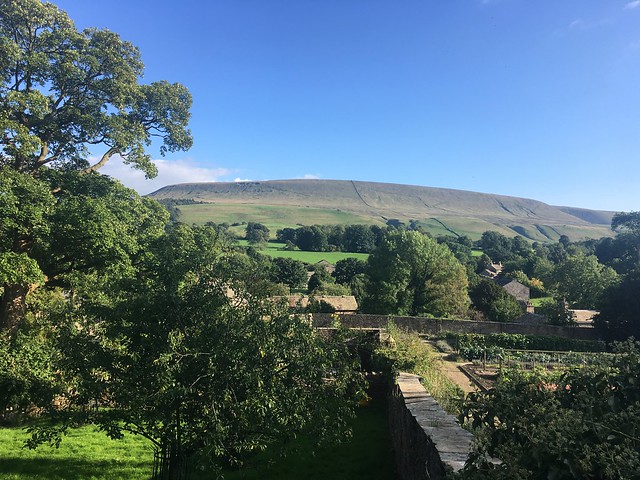 Last Wednesday I managed to take an afternoon off work to get out for a walk, making the most of a fine day. I decided to drive over to Shazza country and head up Pendle Hill. I’d been up there for a walk earlier this year during the heatwave, but this time decided to tackle a circular route from the village of Downham which is only 30 miles and less than an hour away from home. 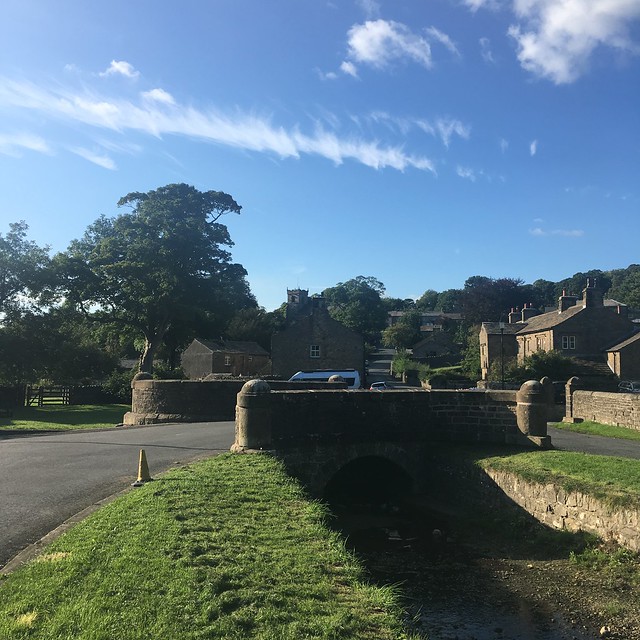 Downham is a very pretty village and somewhat lost in time. The properties are all owned by the Assheton family who rent or lease them out and they don’t allow residents to install overhead electricity lines, aerials or satellite dishes. This has made the village a popular location for filming period TV programmes and films, including the BBC One series Born and Bred. More notably it was the main location for the 1961 Bryan Forbes film, Whistle Down the Wind, which, although rather sentimental, is one of my favourites as it very much reminds me of my childhood – the local children who used as actors and extras are of my generation and also spoke rather like I do! 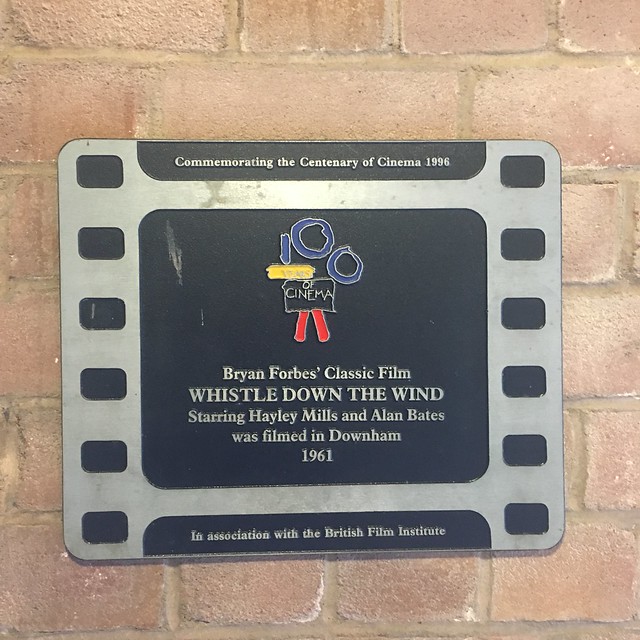 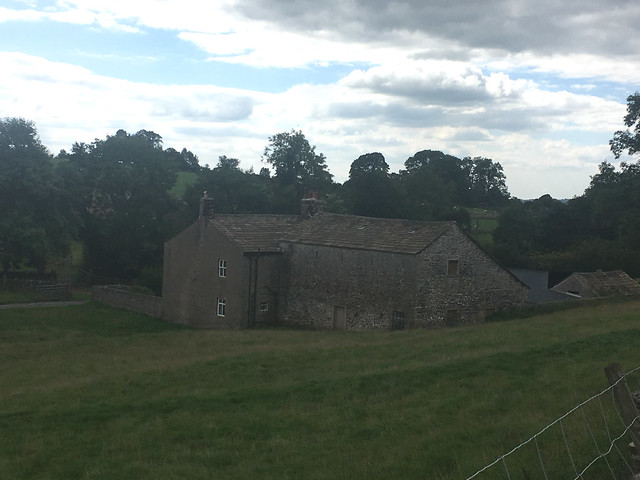 I then took the path past the farm that headed east towards Pendle Hill. After a short section of tarmac I was back on soft ground passing along a narrow path between hedge boundaries 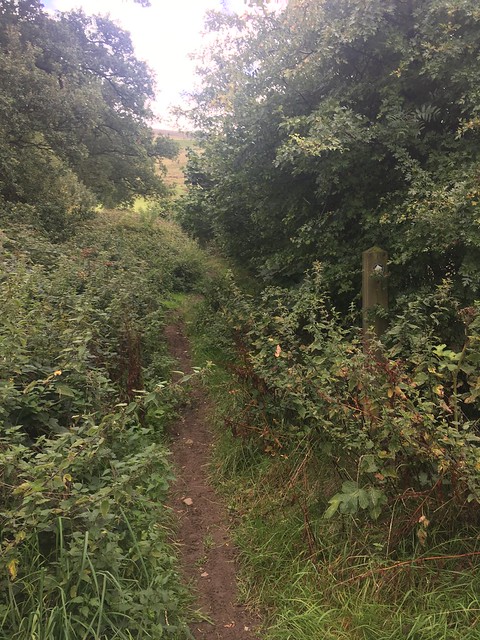 and then starting my climb up the flank of the hill. 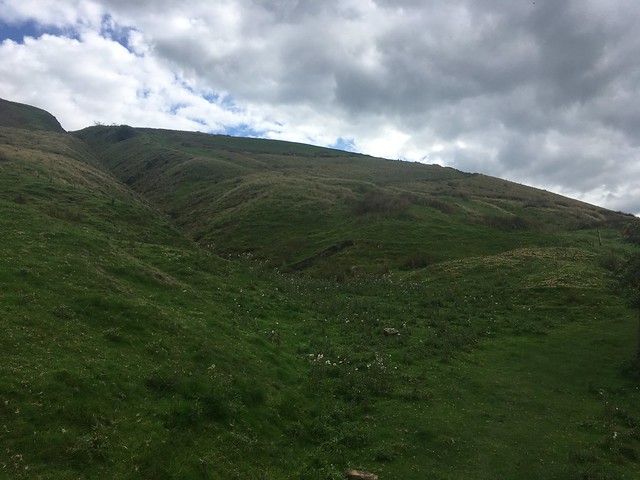 Looking back there were good views of Worsaw Hill 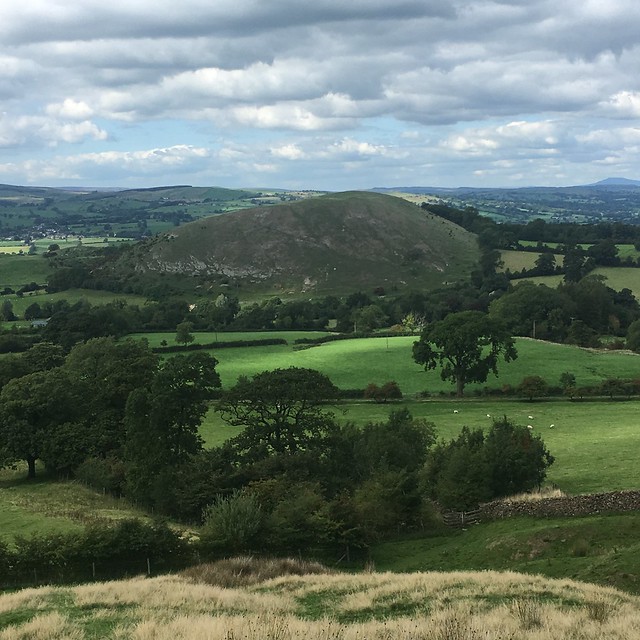 With Ingleborough and Penyghent in the Yorkshire Dales clearly visible in the distance. 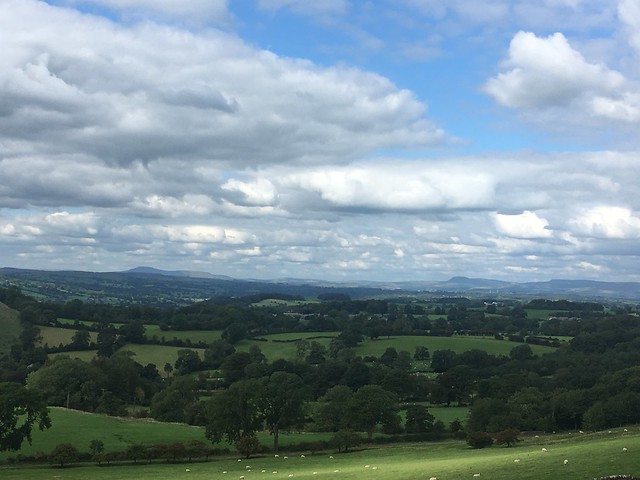 It’s a steep ascent, so it doesn’t take too long to reach the top of the ridge (although not quite the summit of the hill)by the large cairn erected to celebrate the 75th anniversary of the Scout movement. 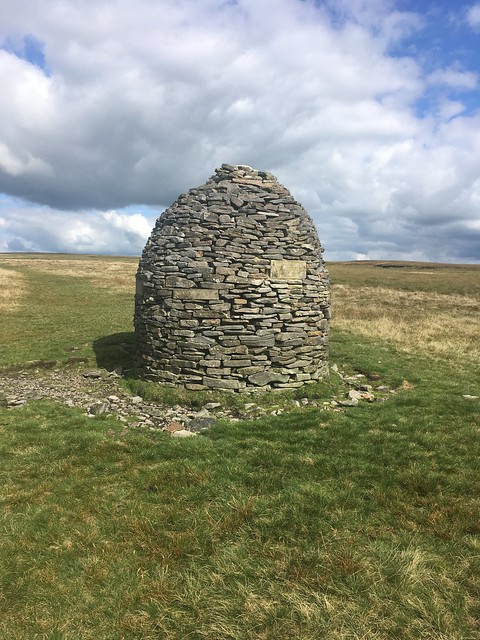 I then set out along the ridge heading for the “Big End” which is the highest point of the hill. It was over a mile, mainly walking over soft peat which is inevitably normally muddy and gloopy underfoot, but the long dry spell from May to the beginning of August (although now seeming like a distant memory) meant that despite some recent rain the going wasn’t too bad. 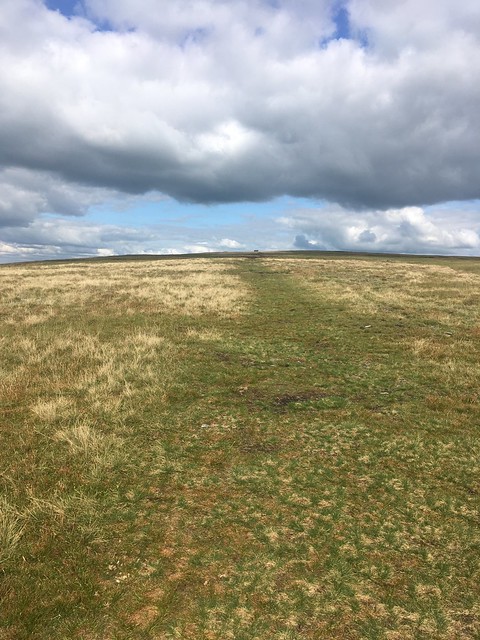 Visibility was reasonably good so there were views in all directions 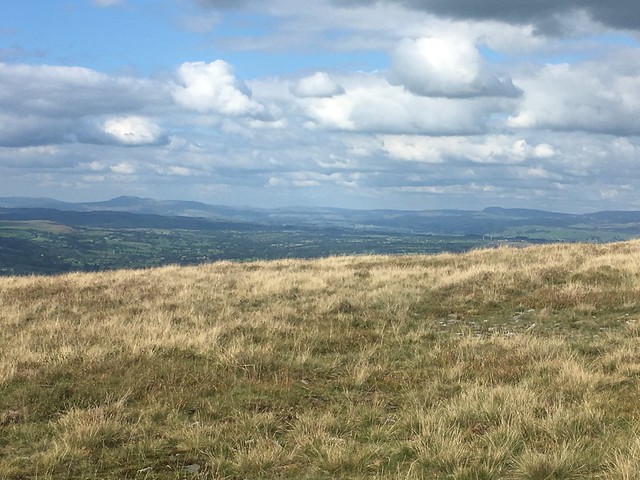 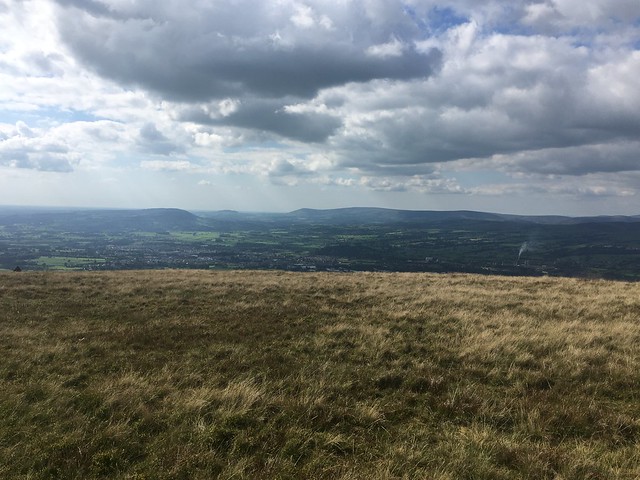 about half way along the ridge I passed this round shelter, which rather looked like it had been created by Andy Goldsworthy 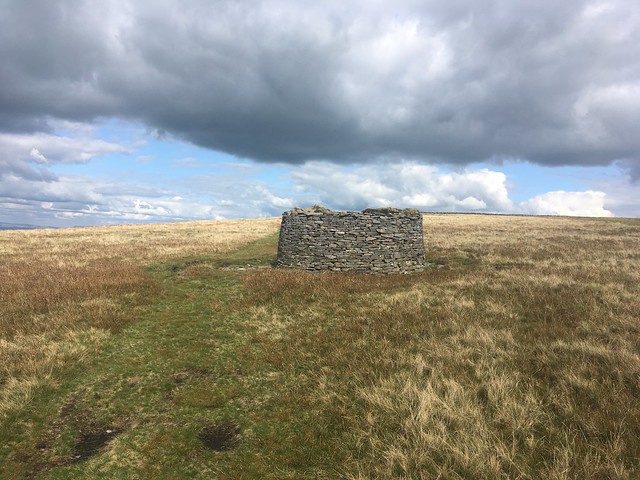 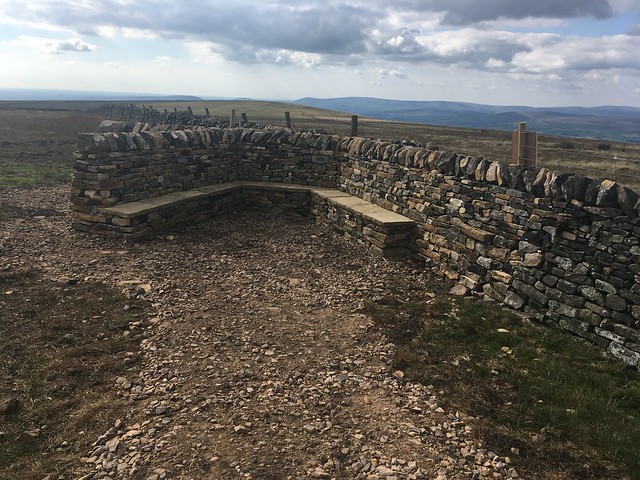 The Big End was in view 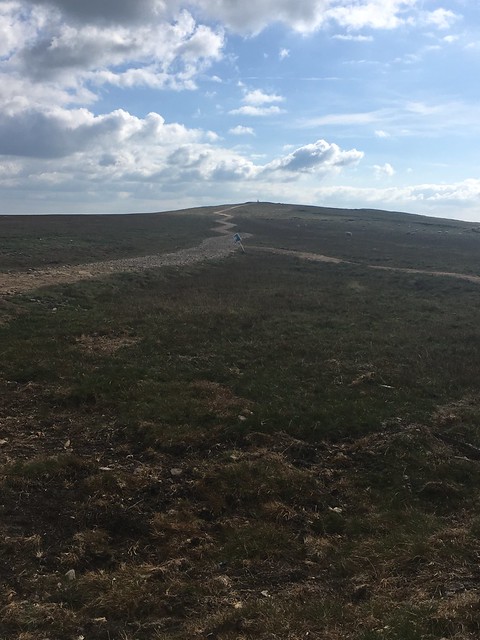 Quite a lot of work has been done recently on the paths which is necessary on such a popular peat covered hill to control erosion. Some people don’t like this but I’m afraid it’s necessary. 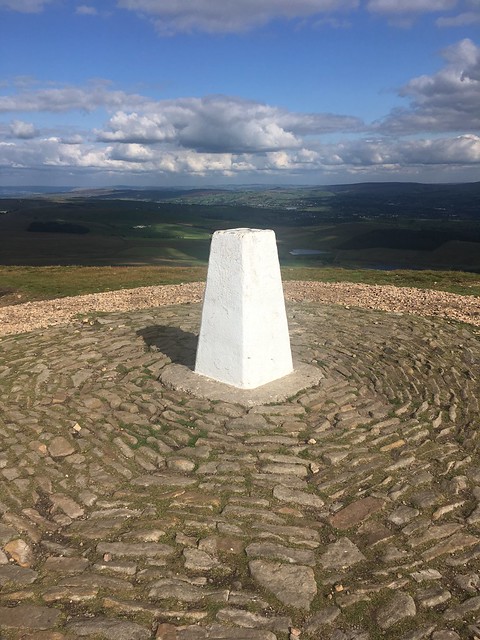 Time to stop for a little while, grab a bite to eat and soak up the views, looking down to Barley 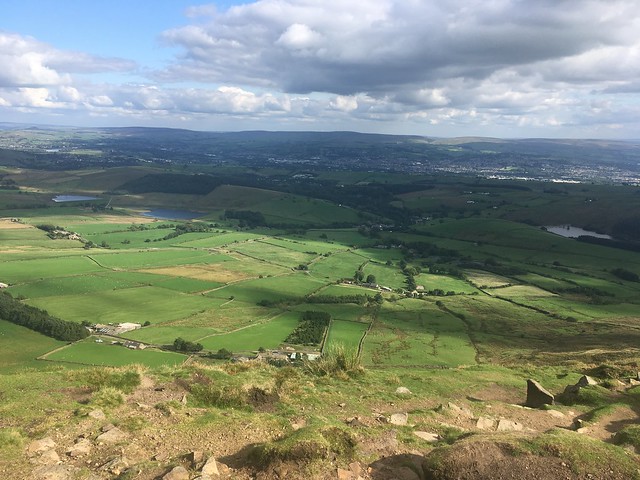 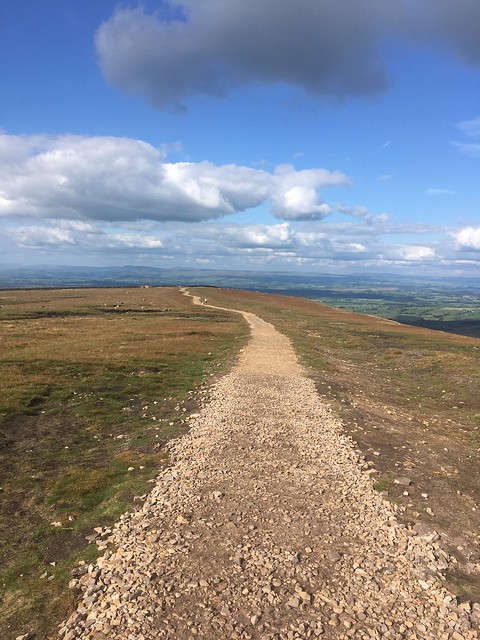 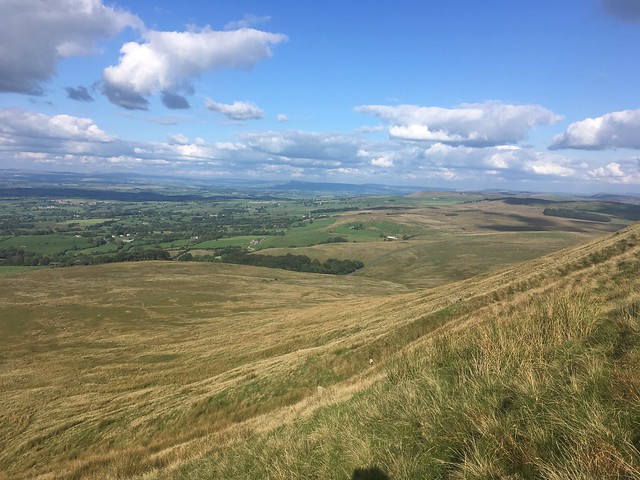 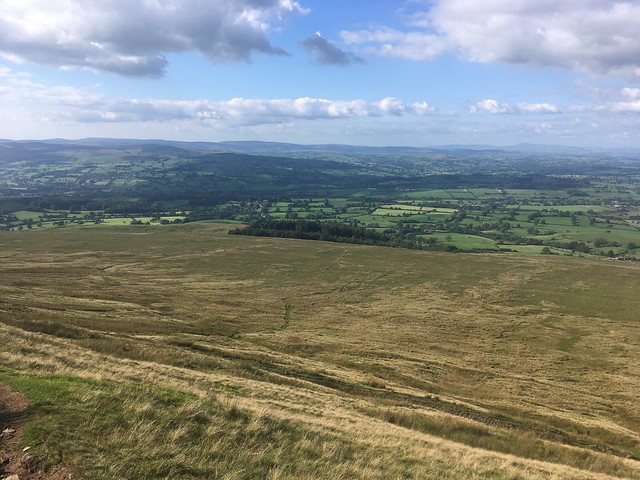 Descending is harder on than knees than climbing, but it didn’t give me too much trouble this time.

Looking back from the foot of the hill 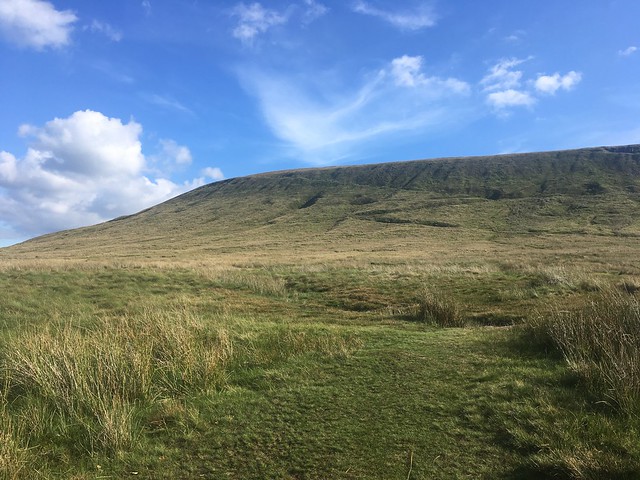 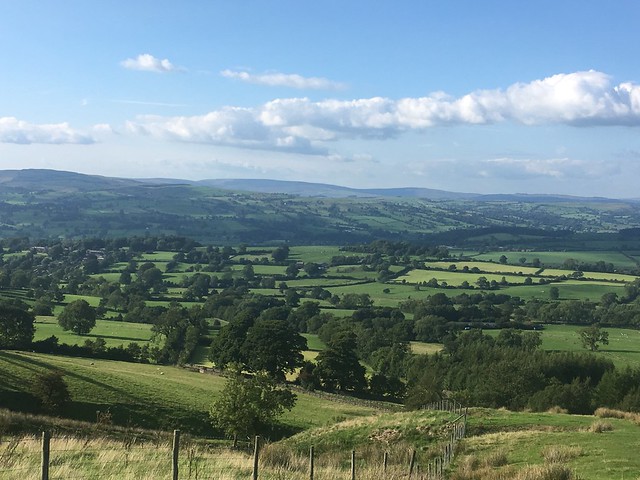 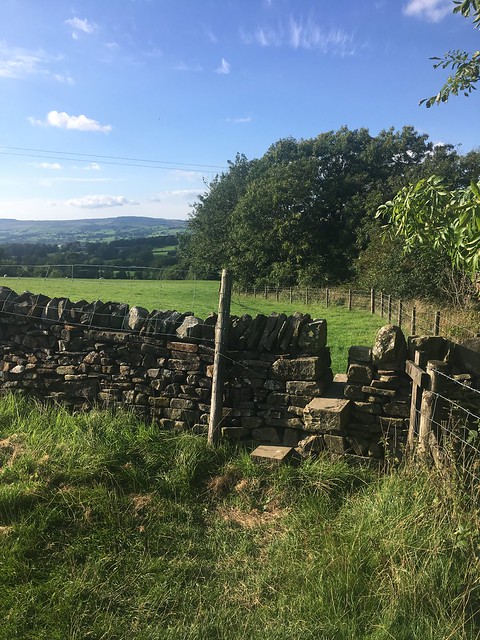 Looking back to Pendle Hill 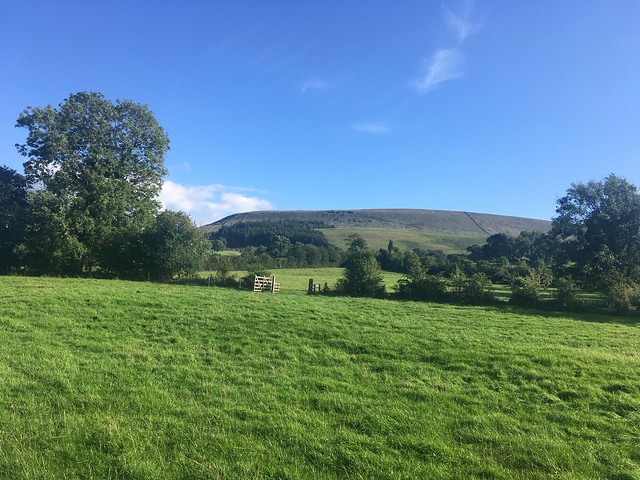 Passing through this gate took me back into the village 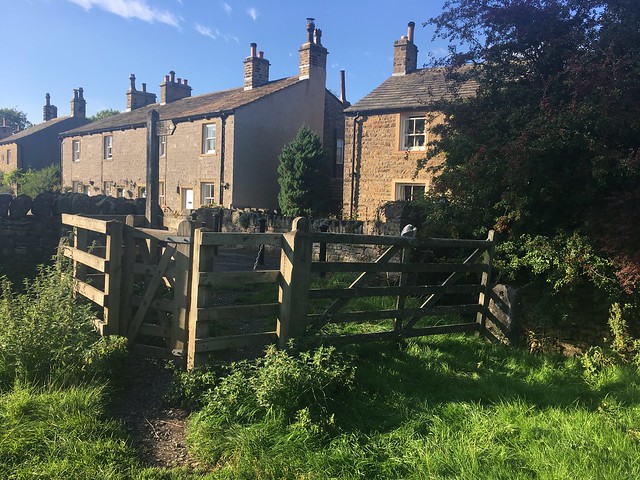 The cloud had cleared during the course of my walk and it was now a bright sunny late afternoon. 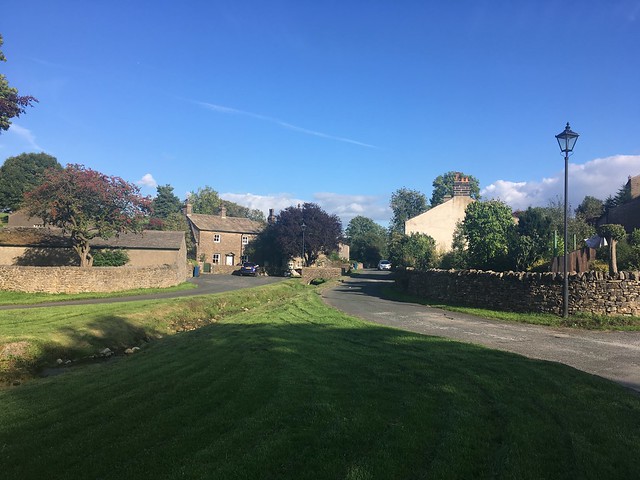 I spent half an hour or so mooching around the village and taking a few snaps (I’ll probably include them in another post) before heading back to my car, changing out of my boots and setting off back home.

11 thoughts on “Pendle Hill from Downham””