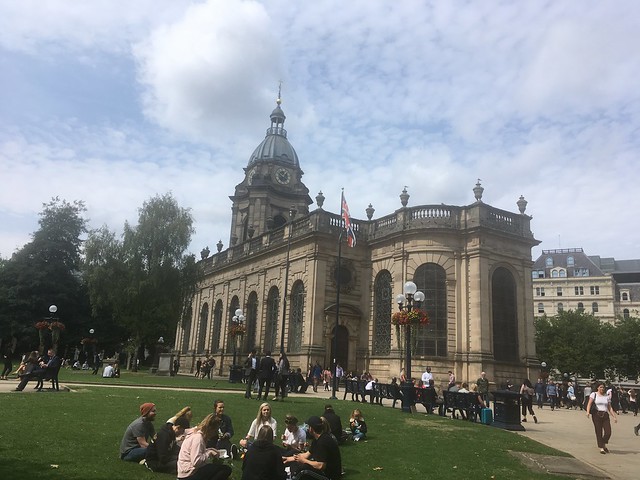 A couple of weeks ago I had to go down to the centre of Birmingham with work. I’d bought an Advance ticket on the train and as I wasn’t sure how long my meeting and site visit would last, I’d booked on a train in the late afternoon. As it happened I was done by 1 o’clock so I had just over a couple of hours to kill. I could have gone to a café to do some work, but that wouldn’t be much fun and the work could wait until I was back at base, so I decided to have a bit of a mooch.

My first stop was Birmingham Cathedral as I wanted to have a look at the stained glass windows designed by Birmingham born pre-Raphaelite artist Sir Edward Burne-Jones and manufactured by the firm of William Morris & Co. 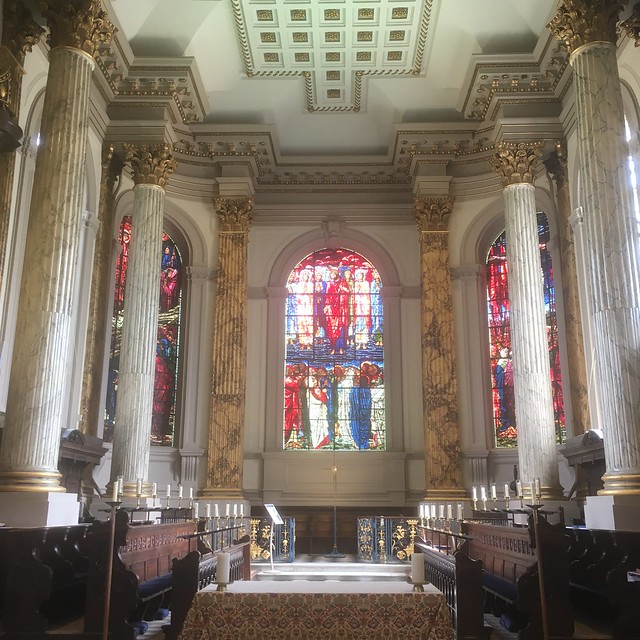 There are four windows in total, three at the east end of the building with the fourth immediately opposite at the west end. They’re quite magnificent works of Pre-Raphaelite art, and my photos, taken with my mobile phone, really can’t do them justice.

The left east window, the Nativity 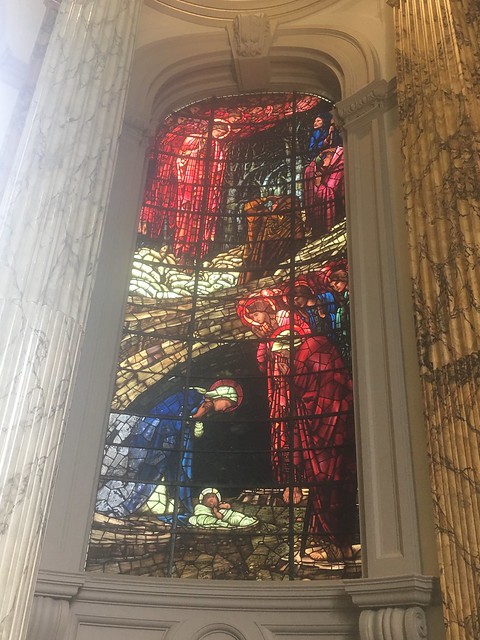 The central east window, the Ascension 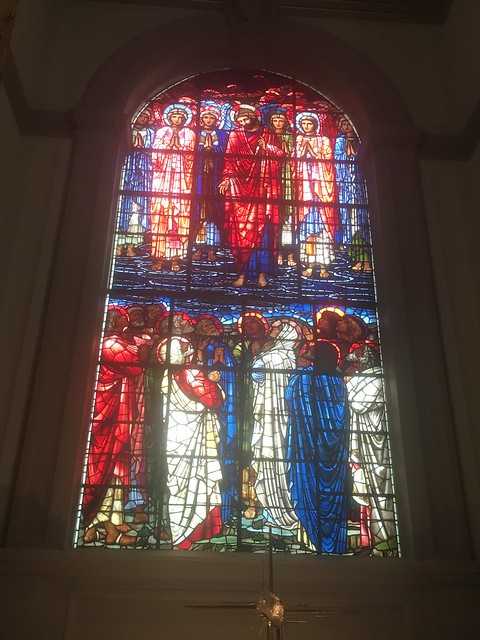 The right east window, the Crucifixion 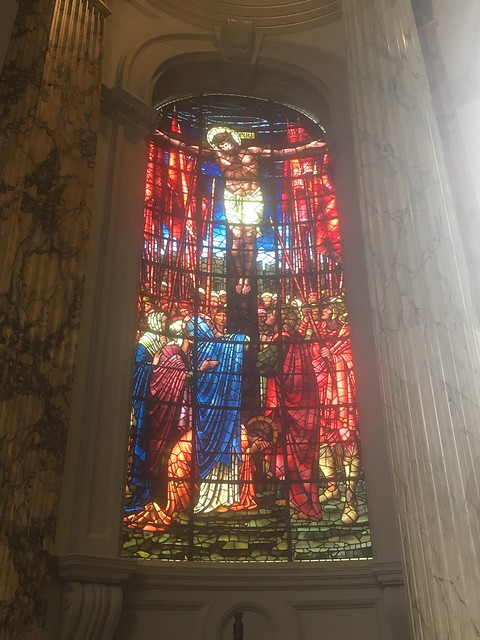 The west window, the Last Judgment 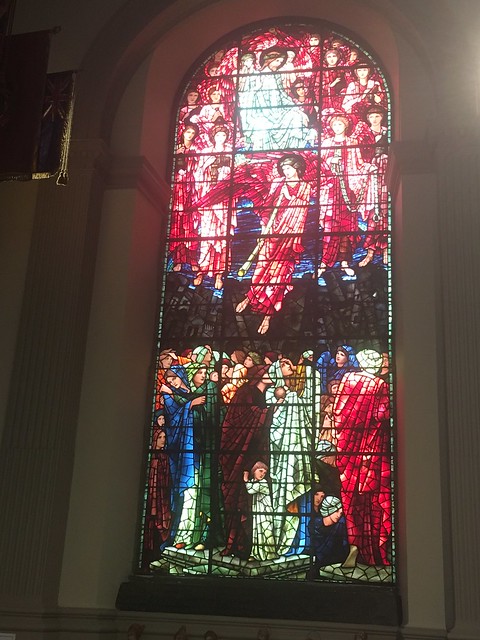 They are considered characteristic of Burne-Jones’ later style – elongated bodies with small heads in relation to body length and designs which divide in two equal halves, horizontally. This technique separates heaven from earth in each of the windows.

They demonstrate Burne-Jones’ immense skill and the fine craftsmanship of William Morris & Co. They are known for their vibrancy, the life-likeness of the figures, their ability to tell a story and their inspiring and dramatic qualities.

Well worth a visit to  take a look, particularly on a sunny day with the light streaming through the windows emphasising their vibrant colours..