The Tuesday morning of our holiday we went out on the lake. The offspring and Moss in a canoe, while I followed up on my Anglesey adventure by hiring a kayak – a “sit on” one this time as no “sit in” types were available. Photographs were difficult as we didn’t want to get our phones and cameras wet, but Mitch did manage to get a snap of Moss. 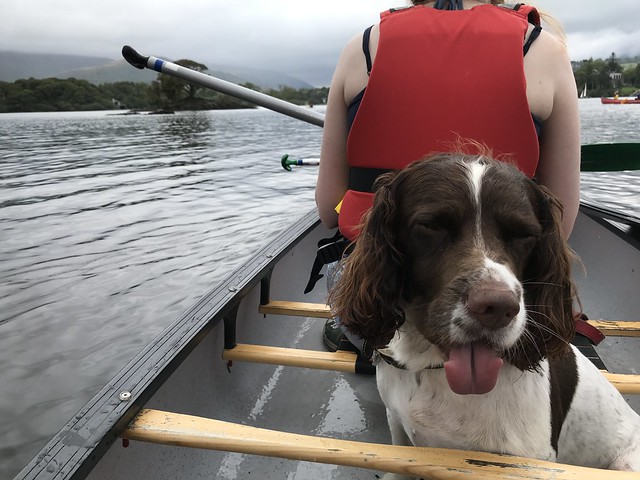 After an enjoyable hour paddling on the water, we went back to the apartment to dry off, change and have a bite to eat. After that I went with J into Keswick for the afternoon. After looking around the shops for a while we headed over to the Keswick museum. It’s quite small, occupying only three rooms (not counting the reception / gift shop, but worth a visit. There’s a permanent collection – local fossils, geological samples, natural history, social and industrial history exhibits and objects reflecting life in Keswick and the Lake District. Old fashioned, but in a good way! 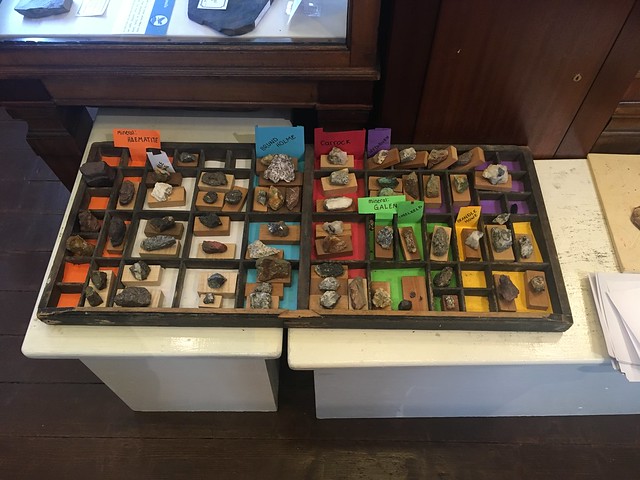 My favourite exhibit was the large lithophone (a xylophone made of slate) which visitors could have a go at playing. 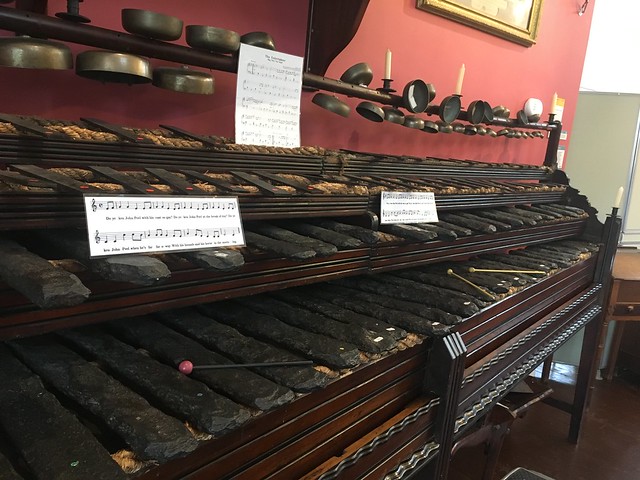 There were also two temporary exhibitions – one devoted to female mountaineering in the Lake District and the other to the famous mountaineer, Chris Bonnington, who lives locally.

The other museum in Keswick is devoted to a product that used to be a mainstay of the local economy – the pencil.  We visited on the Wednesday, which had the worst weather of the holiday – it rained most of the day. 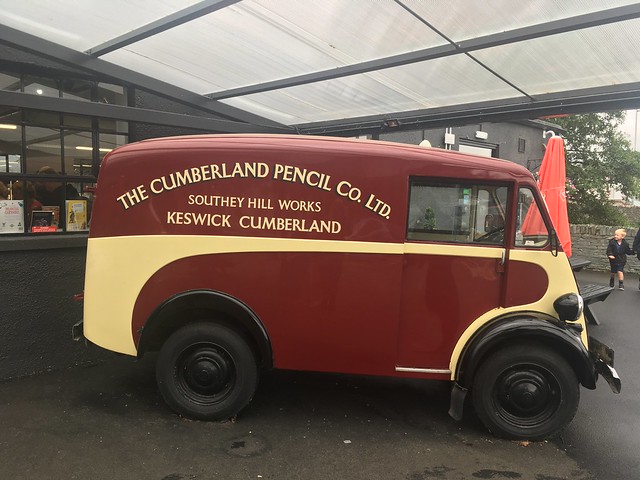 Graphite was discovered down Borrowdale, near Seathwaite, way back in the 1500’s and a cottage industry of pencil making began in the area and this then evolved over time to with the UK’s first pencil factory being founded in Keswick in 1832. The Cumberland Pencil Factory was set up in 1916 and would have been a major employer in the town until it was relocated to more modern premises near Workington in 2008. The pencil museum is located on the site of the former factory, having moved there when the original site in the centre of the town was damaged during the devastating floods in December 2015. It reopened only last year at the new location.

It may seem a little odd having a museum dedicated to such an ordinary object, but we found it interesting and spent over an hour looking round. The entry “ticket” is an actual Cumberland pencil.

Exhibits cover the history of the industry and the manufacturing process, starting with the mining of the graphite itself. There’s also displays of the different products produced by the company over the years, as well as various objects related to the manufacture, promotion and use of pencils, including one of the largest colour pencils in the world measuring almost 8 metres 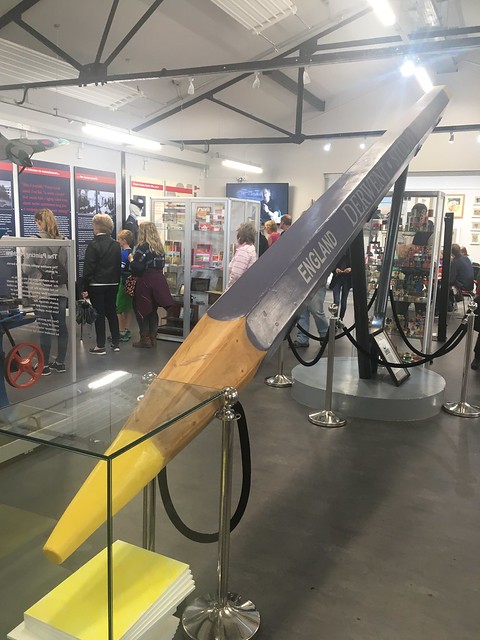 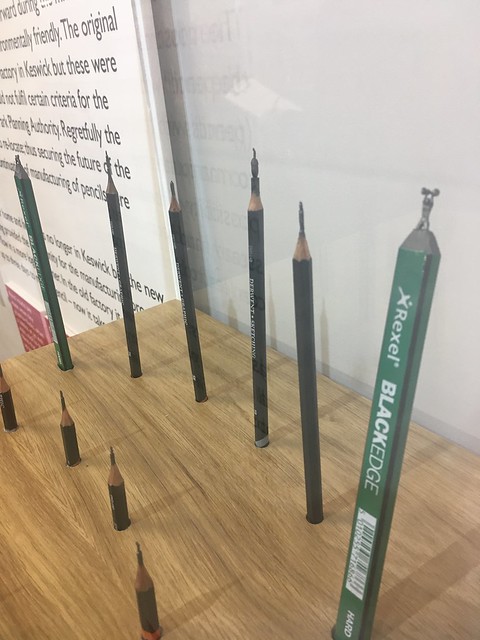 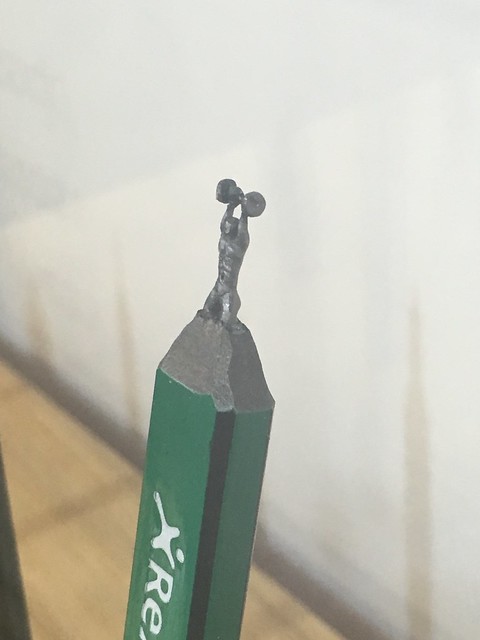 During WW2 the factory were commissioned by British Intelligence to create a special pencil with a hidden compass and maps. It was given to bomber pilots and sent to prisoners of war, the idea being that they could use them if shot down or trying to escape.

There were tables set out with the range of products manufactures by the company which visitors could use and try out. They specialise these days in high end products for artists with graphite products making up only a small proportion of their range. There was, of course, a shop where the products were on sale!

Definitely worth a visit for an hour or so on a rainy day in Keswick.