The weather forecast for the Sunday of our holiday in the Lakes was for heavy rain all day. It didn’t quite turn out like that. We had a lazy morning and a late cooked breakfast (a holiday treat) but in the afternoon I had itchy feet. The skies were grey but it wasn’t raining, so some of us decided to go out for a short walk to have a look at the Lingholm Estate. 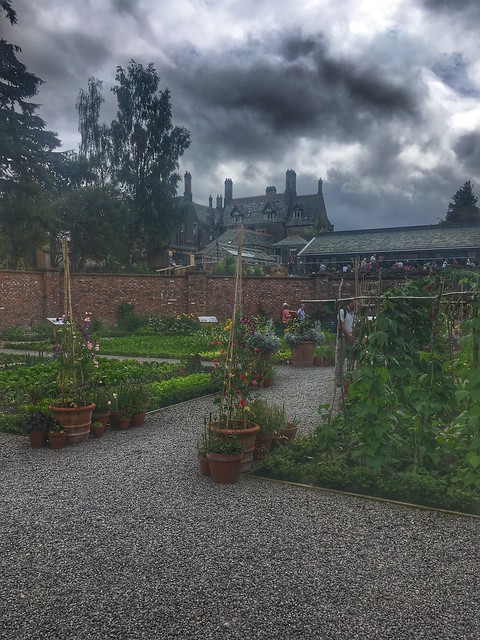 After the Lake District had become a popular holiday destination, particularly after the arrival of the railways made travel there much easier, many wealthy Victorian businessmen (many from Northern England) had holiday homes built on, or close to, the shores of the various lakes. Lingholm, on the north west shores of Derwent Water is one of these. It’s a large house built in 1873 and designed by the prominent Victorian Architect Alfred Waterhouse (who designed many notable buildings including Liverpool University Victoria Building, Manchester Town Hall, Strangeways Prison, the Natural History Museum in London and Wigan Library)for Lt Col. James Fenton Greenall of the brewing family. Financial problems meant that he had to sell it and it in 1900 it ended up owned by the family of George Kemp, 1st Baron Rochdale. 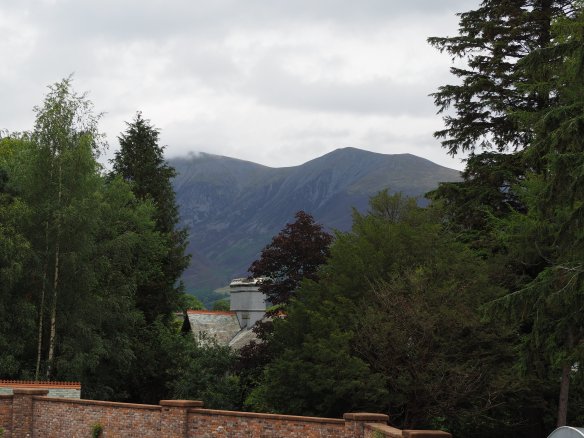 Beatrix Potter spent her summer holidays at Lingholm between 1885 and 1907, and she wrote some of her best-known stories while she was staying here.

Today the house has been converted to holiday accommodation with several apartments to rent, but there’s also a garden and café that’s open to the public. It wasn’t possible to get round to have a proper look at the house so I was only able to get some snaps from the back. 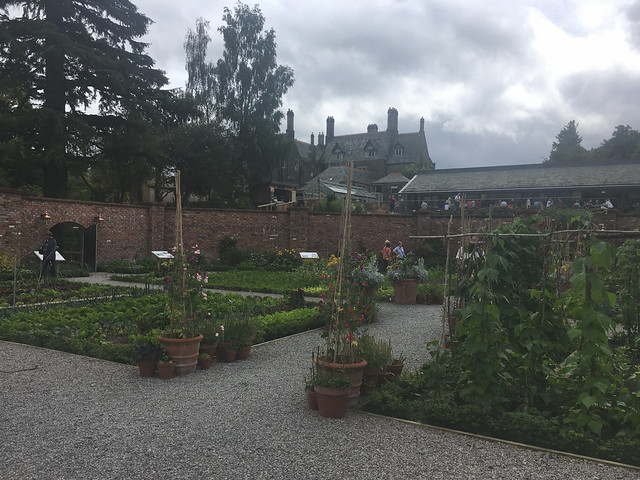 The octagonal garden is only a few years old, but sits on the same spot as the old Lingholm kitchen gardens which Beatrix Potter credited as her original inspiration for Mr McGregor’s garden in The Tale of Peter Rabbit. 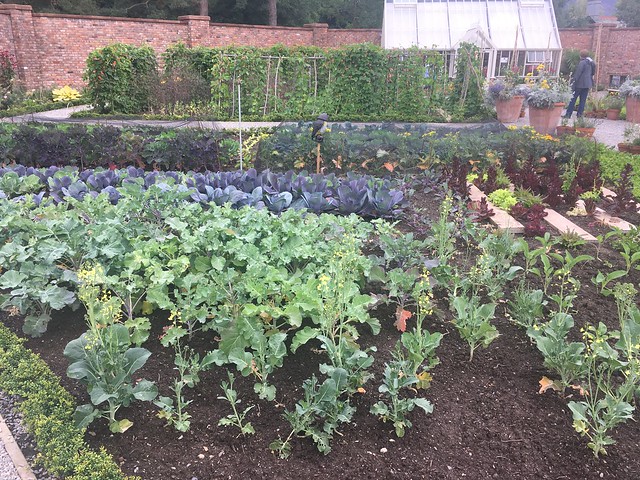 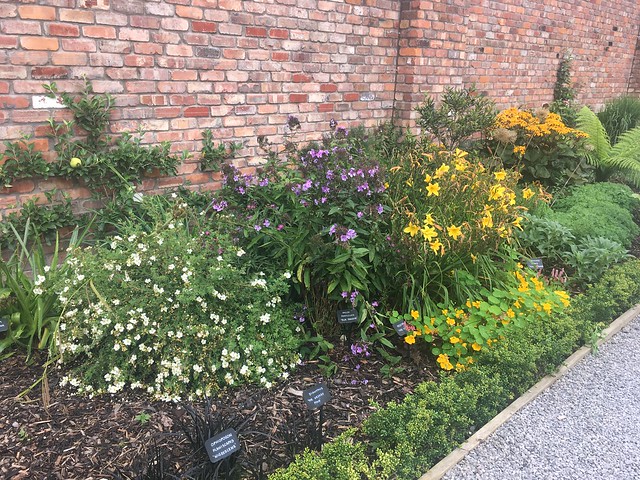 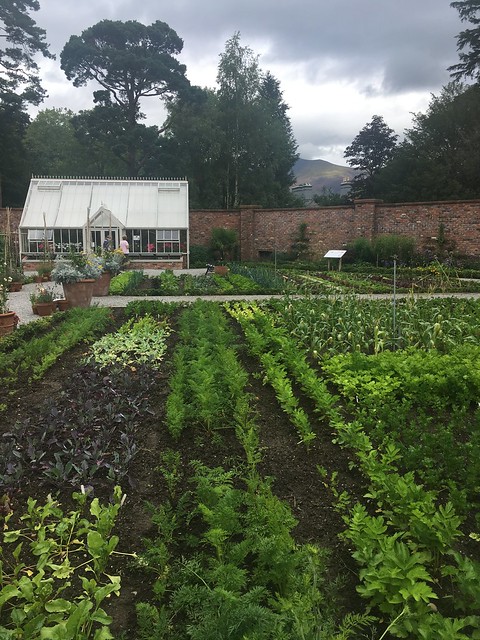 There’s a path down to the lake where there’s a jetty where it’s normally possible to catch the launch over to Keswick and other locations around the Lake. It’s closed at the moment due to the construction of a new boathouse, but it was still possible to access the lake shore. 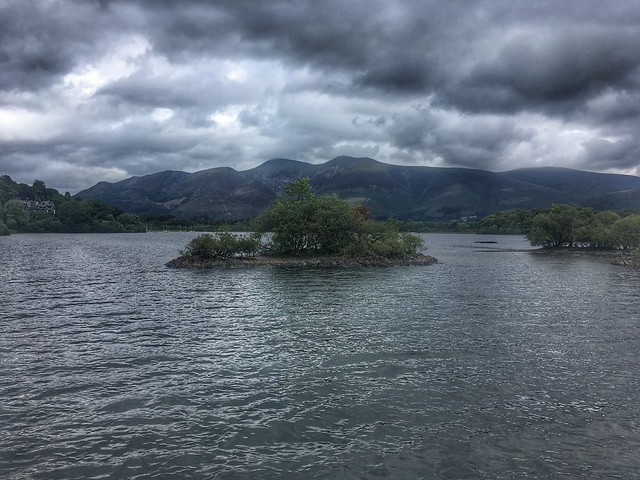 The estate also own a herd of alpacas and you can hire one out to take for a walk if you feel so inclined!

After a coffee and an ice cream we walked back towards Portinscale. I decided to have a wander through the meadow to the lake side where I stopped for a while to watch competitors participating in the second day of the swim-run coming ashore. 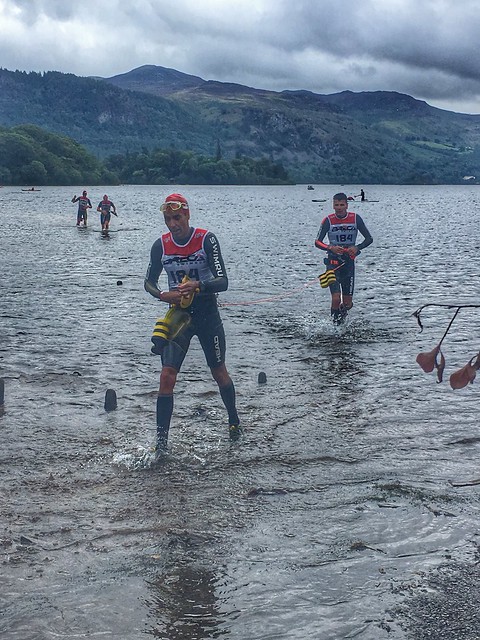 There was only a relatively short run for them to the finish line.

I had a chat with one of the race officials and he told me that the race had started in Buttermere and they’d swum in the lake there, run over the pass, along Derwent Water before another swim. Crazy! 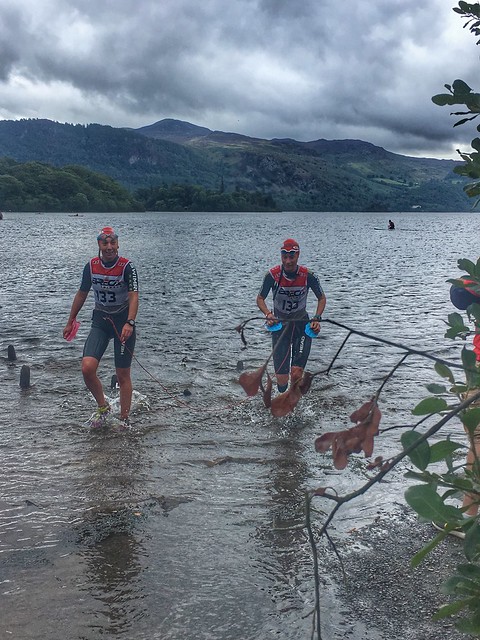