I’m just back from a family holiday in the Lakes. Our daughter came over from Amsterdam with her boyfriend (the first time he’s been on holiday with us so we had a compliment of 5 this year, plus Moss the Springer Spaniel who we were looking after while his owners were away on a one week cruise. 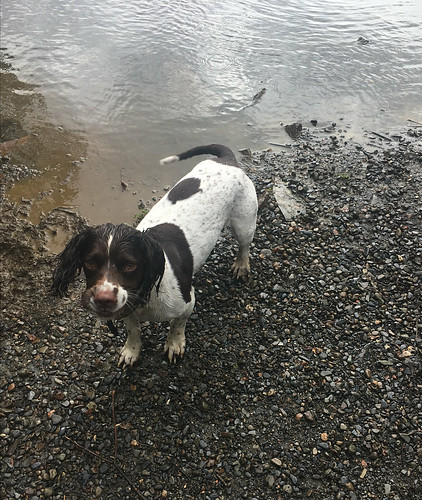 This year we were staying in an apartment in Portinscale, a small village just outside Keswick in the north lakes. Although only a mile from the hub-bub of Keswick, it really felt like it’s own place. Our apartment was on the first floor of the building and we had a great view over Derwent Water and the crags and fells on the east side of the lake from a large picture window and balcony. 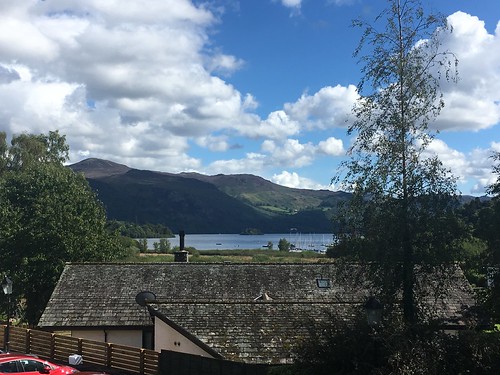 After a couple of months of unusually hot weather and little rainfall, things had changed and the forecast for our week away didn’t look too promising. However the weather turned out better than expected so although the temperature was considerably lower than it had been, that was good for an active break, and the rain mainly fell in the evening, overnight and early morning, so it certainly didn’t spoil things for us and we were able to do almost everything we’d planned. And the fells can look particularly attractive when there’s a mix of sun and cloud 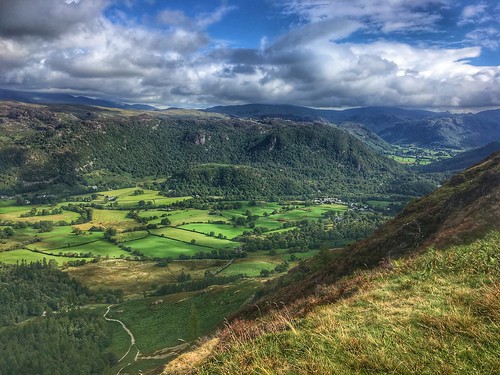 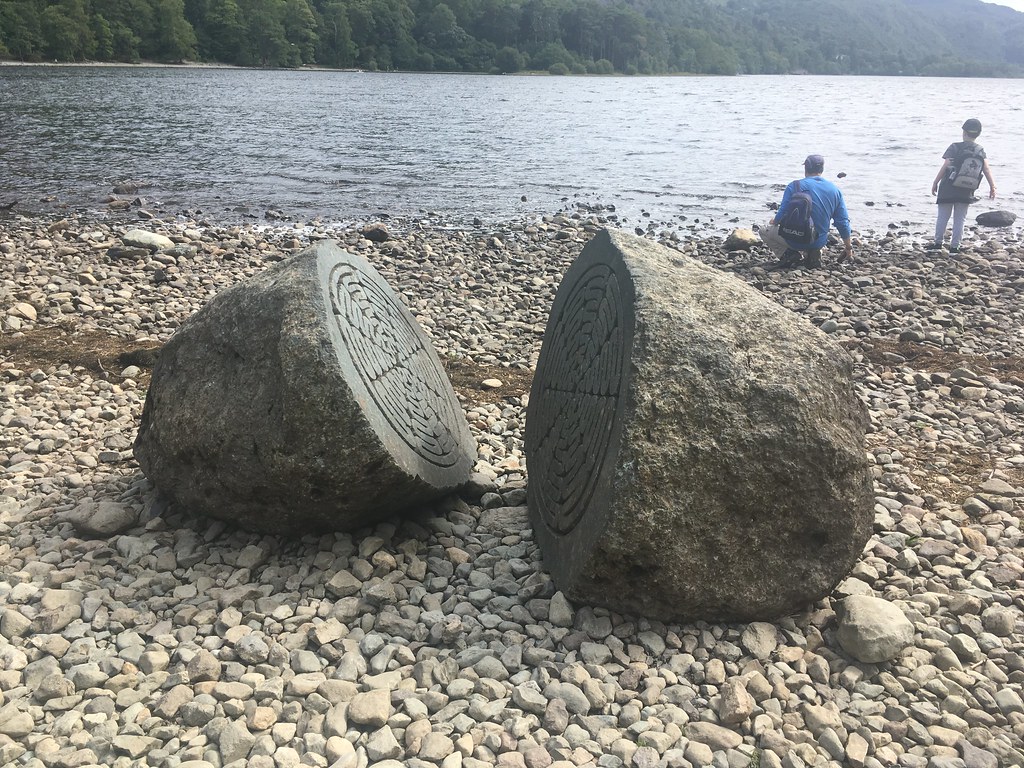 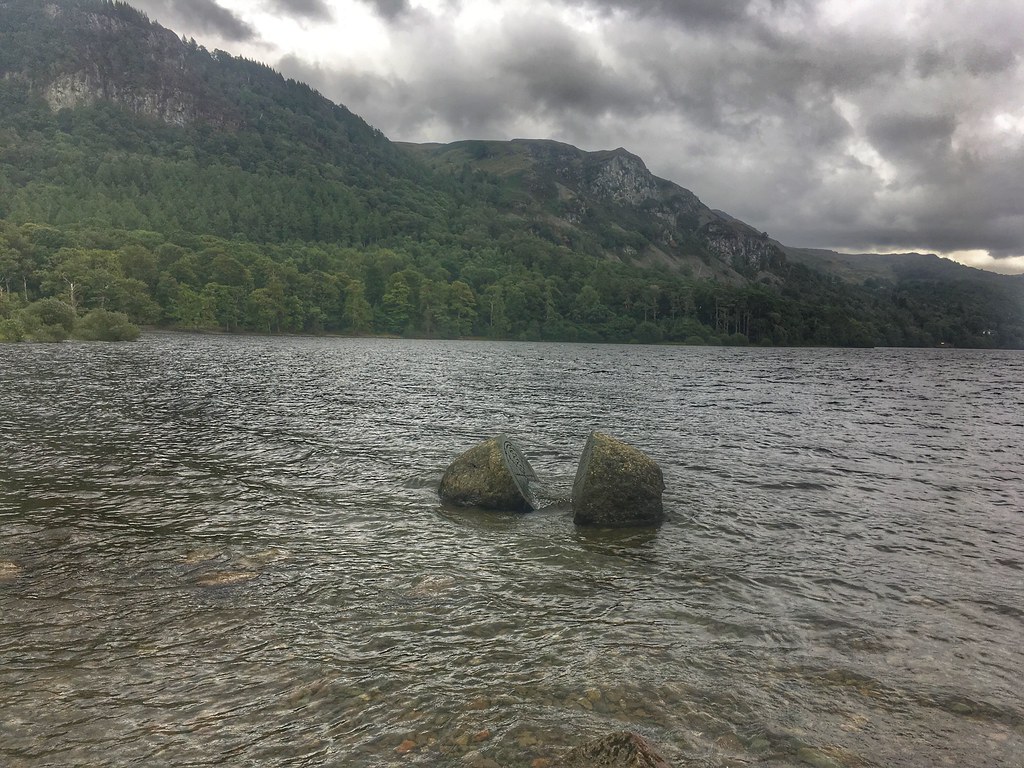 We had a busy week. Family holidays inevitably involve compromise so I didn’t spend the week up on the high fells but I did have one day out on my own. Besides that we had a couple of less strenuous walks, went out on the Lake in a kayak (me) and a canoe (offspring, daughter’s boyfriend and Moss the dog), visited a couple of museums and a garden, ate out a few times, had an evening at the theatre, visited an exhibition of ceramics at a favourite location and had a wander round a pleasant small village.. 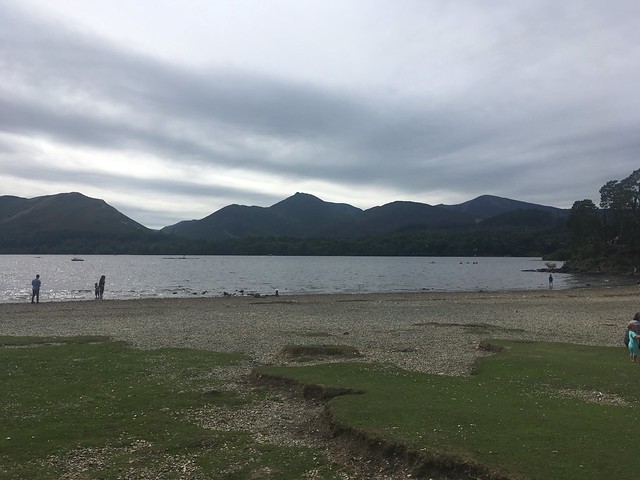 So quite a bit to write up!