Last Tuesday I had to travel down for a meeting in the afternoon. As I was travelling on an “off peak ticket” the first train I could catch for the return journey only leaves at 7:30, so J decided to travel down with me and make a day of it.

After my meeting we met up at the National Portrait Gallery where we had a look around the BP Portrait Award exhibition before heading over to the British Library to visit the current exhibition about the voyages of James Cook.
We have a particular interest in him as he’s in my wife’s descended from one of his siblings and last year we’d visited the Cook Memorial Museum in Whitby as well as his parent’s home which has been transplanted in Fitzroy Garden’s in Melbourne.

It was an excellent exhibition and we ended up spending longer there than we’d anticipated. It covered in some detail all three of Cook’s voyages with exhibits including maps, charts, journals, books, drawings, paintings, many of which were produced by the artists, scientists and sailors on board the ships (including Cook himself) and a series of short videos giving different perspectives on the voyages.

After a brief introduction to Cook and the background, there was a separate section of the exhibition devoted to each of the three voyages. 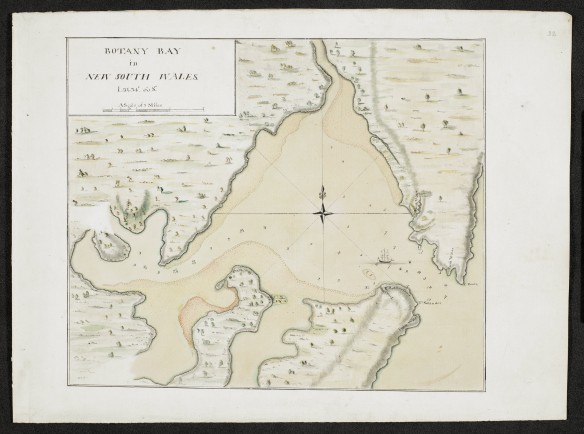 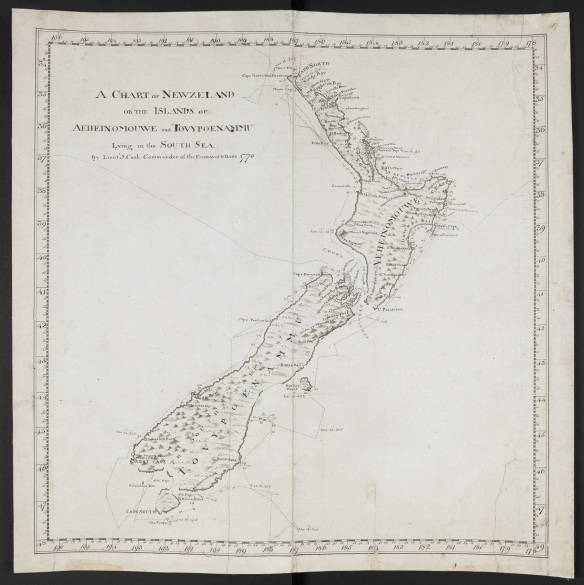 and his handwritten journals 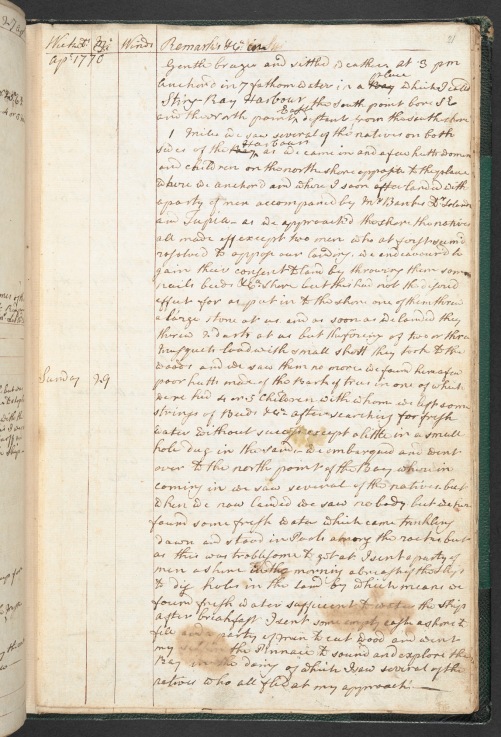 and pictures by the expedition artists and other crew members, including the earliest European depiction of a kangaroo. 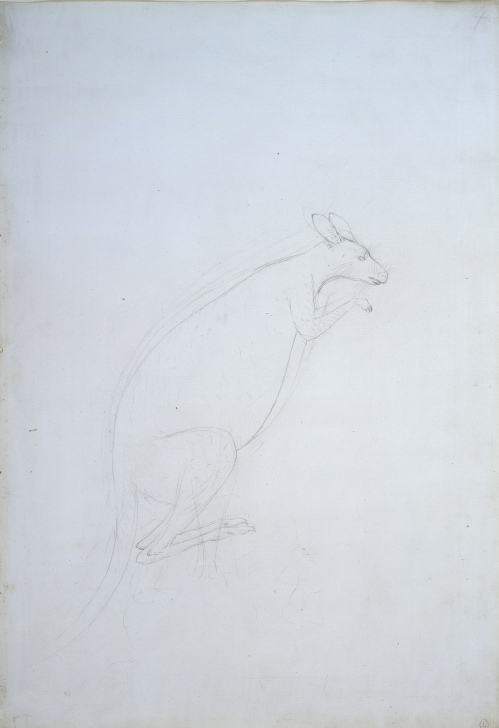 One thing that particularly came across to me from this exhibition was the role of Polynesians from Tahiti who guided the British expedition to islands they were already aware of and also helped as translators as well as, to some extent, smoothing the way, when encountering indigenous Polynesian peoples on the newly “discovered” (by Europeans) lands. In particular, Tupaia, who joined first voyage, travelling on to New Zealand and Australia.

There were a number of drawings by Tupaia in the exhibition. 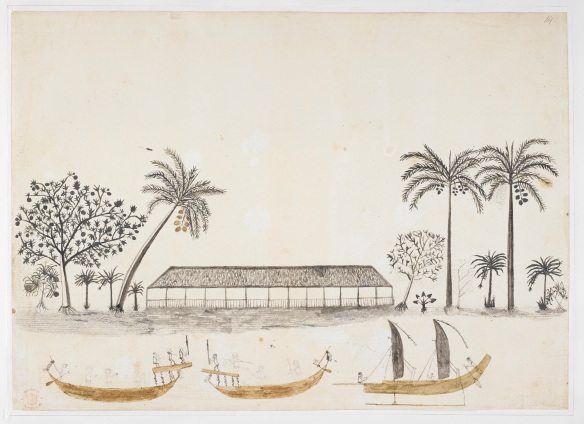 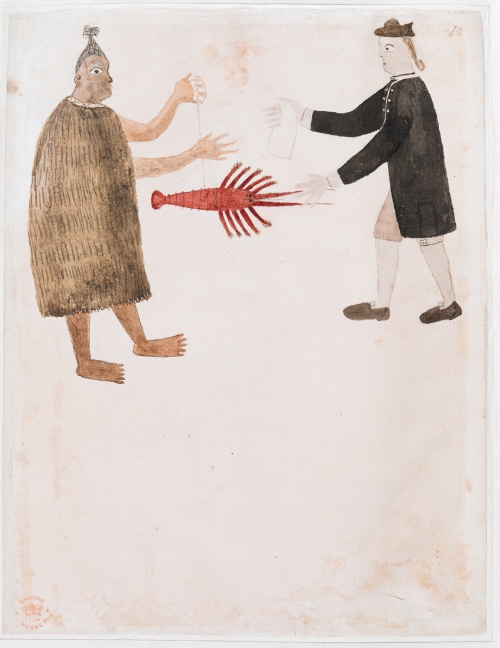 The official objective of the 1st expedition (1768–1771) was to observe the Transit of Venus to aid the calculation of the distance from the Earth to the Sun, but the Admiralty provided Cook with secret orders to search for land and commercial opportunities in the Pacific. So Cook and his crew are best remembered for being the first Europeans to discover and chart the Eastern shores of Australia, properly explore and chart the shores of New Zealand and to “discover” a number of Pacific islands. Of course, all these lands had been discovered many years before by the people who were living there when the Europeans arrived.

The objective of the 2nd expedition (1772–1775) was to search for the Great Southern Continent, believed by some in Europe to encircle the South Pole. They travelled further south than had been done before, were the first ships to cross the Antarctic Circle and the Resolution set a record for the Farthest South that would stand for 49 years. They didn’t find land (not travelling far enough south to reach Antarctica)and Cook ruled out the existence of a continent ‘unless near the pole and out of reach of navigation’. The expedition also revisited Tahiti and New Zealand and “discovered” several new Pacific islands as well as South Georgia which he claimed for Britain. The latter was occupied by Argentina during the Falklands War.

The secret aim of the 3rd voyage (1776–1780) was search for a Northwest Passage linking the Pacific and the Atlantic. Again, they sailed into the South Pacific where they visited Tonga, Tahiti, Tasmania and New Zealand and the Hawaiian islands before sailing north to Canada and then Alaska. They crossed the Bering Sea over to Asia and crossed the Arctic circle, but further progress was blocked by ice so they failed in their quest to find a North West passage. Sailing south they called in at the Hawaiian islands. It was here, on 14 February 1779 that Cook was killed on the beach along with 4 marines and 16 Hawaiians, following a dispute over a stolen boat. The expedition carried on without him travelling to Kamchatka in western Russia and China before returning to Britain.

These were epic journeys demonstrating tremendous navigational skills, seamanship and chart making abilities. But there was a legacy. The discoveries and charts enabled the subsequent occupation, colonisation and subjugation of the indigenous peoples of these lands. So it was good to see that the British Library provided some different perspectives other than simply praising Cook in a series of short videos.

6 thoughts on “James Cook – the Voyages at the British Library”