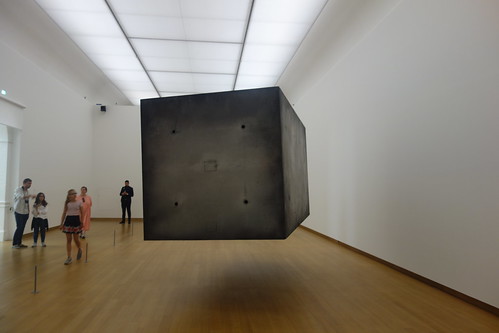 One of the temporary exhibitions at the Stedelijk Museum was dedicated to the work of Studio Drift, Netherlands-born artist Lonneke Gordijn and her British/Dutch partner Ralph Nauta, who use modern technology to produce some imaginative installations and videos.

The first work we saw was Drifter, a massive ‘concrete’ block that  floated mid-air, tilting and moving around the room as if of its own accord. 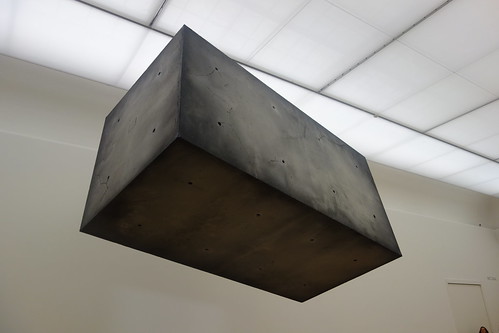 In the next room, Ghost Collection consisted of a number of transparent plastic chairs with ghostly forms created by air bubbles trapped inside the Perspex and illuminated by light. 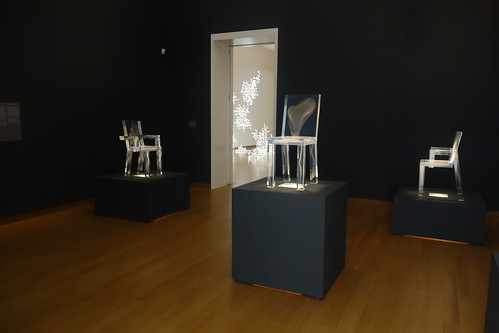 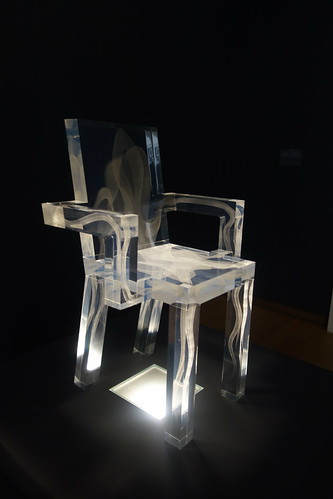 This sculpture, Fragile Drift, was created by three-dimensional bronze electrical circuits connected to light emitting dandelions. It contains real dandelion seeds, that were picked by hand, and glued seed by seed to LED lights. 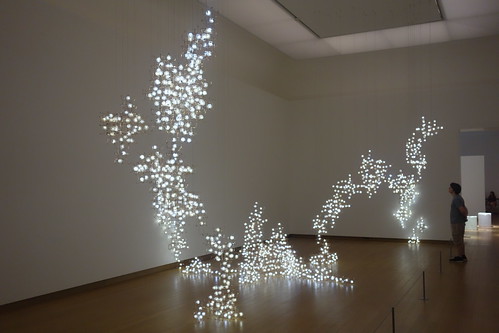 In Flylight , lights suspended from the ceiling responded to the movement of visitors to the gallery creating changing patterns of light, inspired by the movement of flocks of birds. 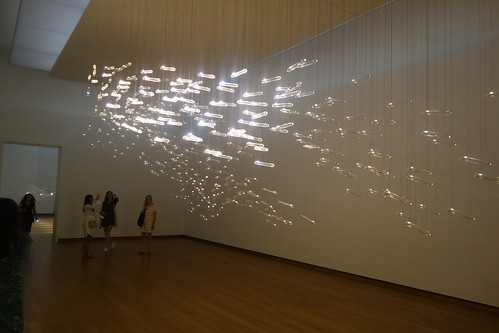 The final work, Tree of Ténéré was a large-scale LED artwork in the shape of a tree that was originally installed at the  Burning Man festival in Nevada in 2017. It was created in conjunction with American artist artist Zachary Smith. 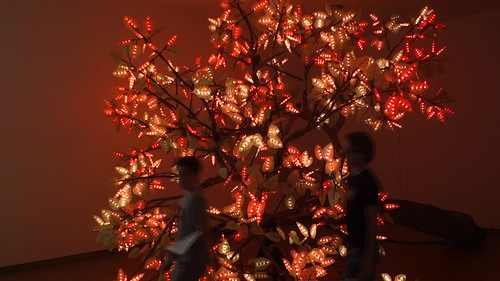 The project is named after an acacia tree that once grew 400 kilometres from any other tree in the Sahara Desert, which was used as a marker on caravan routes but allegedly mowed down by a drunk driver in 1973.

It was an excellent exhibition and worth the the entrance fee to the Museum on it’s own.