Last Tuesday I was working in the east of London, in Aldgate. After work, I still had 2 and 1/2 hours to kill before my train so, as it was a pleasant afternoon, I decided to have a wander around Spitalfields, a short walk away.

In the 17th and 18th century the area was associated with silk weaving after Huguenots fleeing from persecution in France settled here and brought their skills with them. Later, Irish linen workers settled here. In the Victorian period, following the decline of the silk and linen industries it became something of a notorious slum. There were further waves of Jewish and then Bangladeshi immigrants bringing new cultures and energy to the area. Today, like much of the East End it’s become somewhat gentrified. The old Victorian market and surrounding streets being redeveloped.

It’s an interesting place to walk around, with some historic buildings and modern street art to look at.

For me, the star of the show is Hawksmoor’s magnificent gleaming white Christ Church 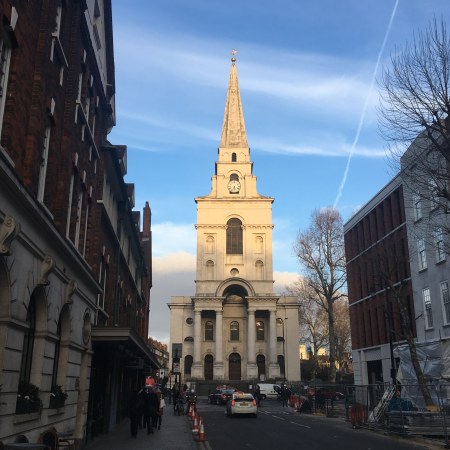 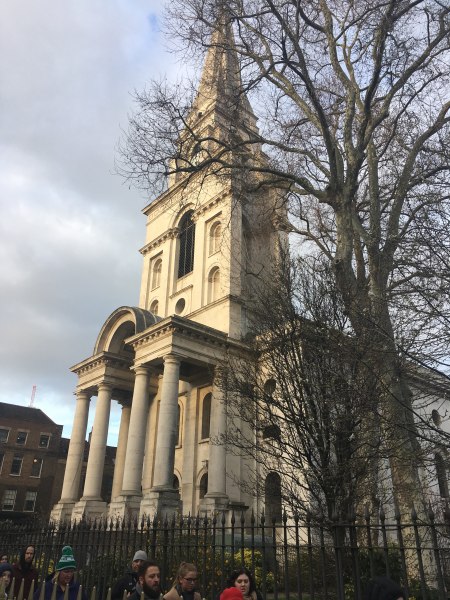 one of the six, eccentric English Baroque churches for which he is best known.

There’s an interesting war memorial in the church yard.

Close by, on Commercial Street,  the Fruit and Wool exchange building has been controversially redeveloped against local opposition, over-ruled by the former Mayor of London and current “Clown Secretary”. The white neo-Classical façade has, fortunately, been preserved.

A number of old commercial buildings nearby  have also been preserved

I quite liked this building with it’s neo-Gothic features 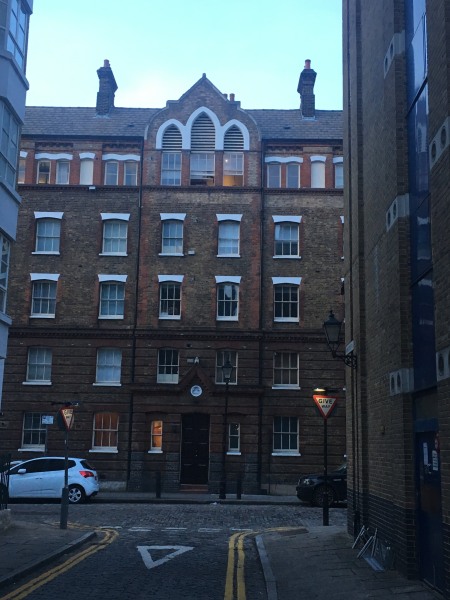 and these more modern flats with an Art Deco look

There’s street art dotted around the redeveloped market. Here’s a selection I spotted.

The Spitalfields Goat by Kenny Hunter 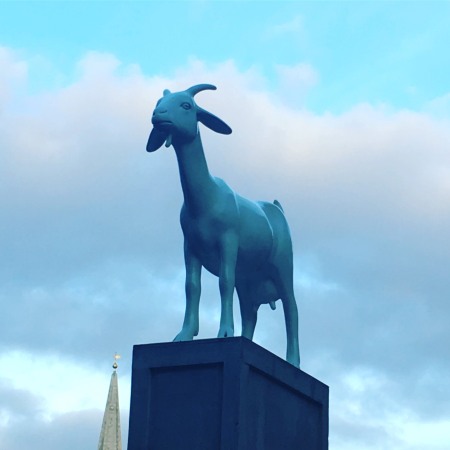 A pear and a fig by Ali Grant

Dogman and Rabbitgirl with coffee by Gillie and Marc 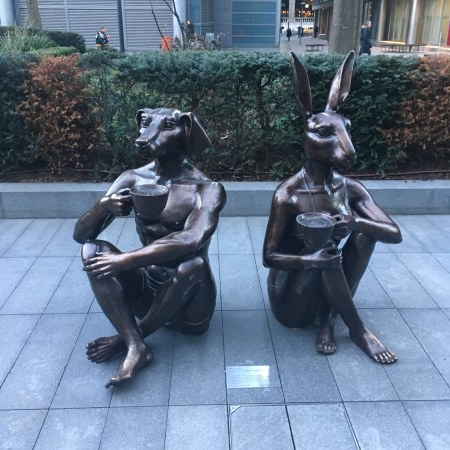 Wooden Boat with Seven People by Kalliopi Lemos, features an authentic boat that was used to transport refugees from Turkey to the shores of the Greek islands. The installation aims to reflect Spitalfields’ rich history of providing shelter for successive waves of migrants across the centuries. 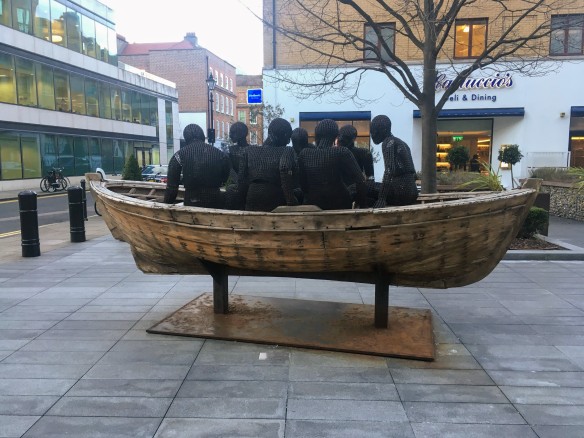 I couldn’t find out who had created this “steampunk” motorbike 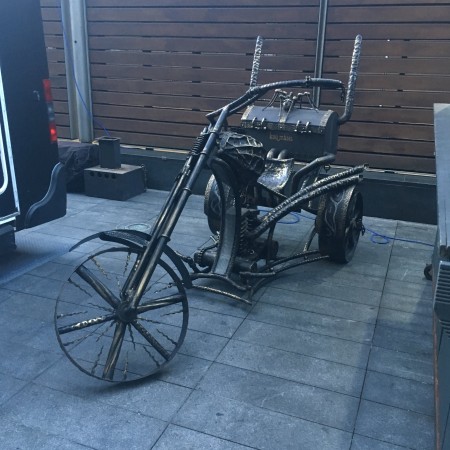 13 thoughts on “Street Haunting in Spitalfields”