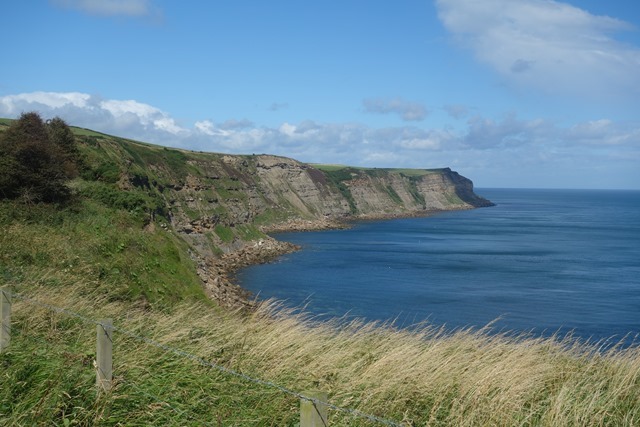 We’d been wanting to walk along the cliffs from Robin Hood’s Bay back to Whitby during our recent holiday. Unfortunately the weather hadn’t been particularly promising. But on the Friday the forecast was for sunshine until the evening, so we laced up our boots and took the bus the few miles to Robin Hood’s Bay and set out along the coastal path. It was easy walking at first but we soon had to negociate a series of “ups and downs” along the cliffs.

Looking back shortly after setting out. 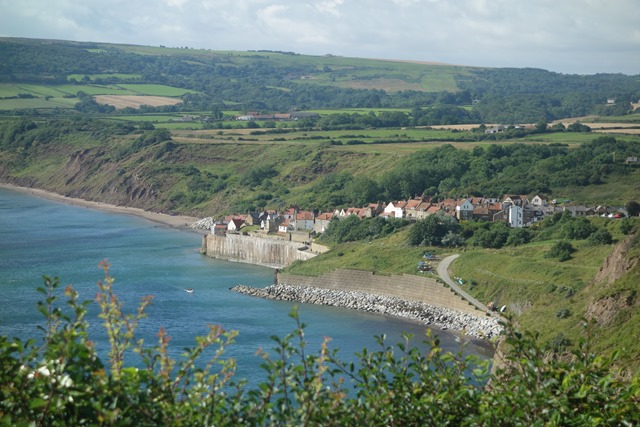 A short distance along the route we came across this “rocket post”. Devices similar to this were used by the coastguard to practice rescuing shipwrecked sailors. Rockets were used to fire ropes across to stranded ships. 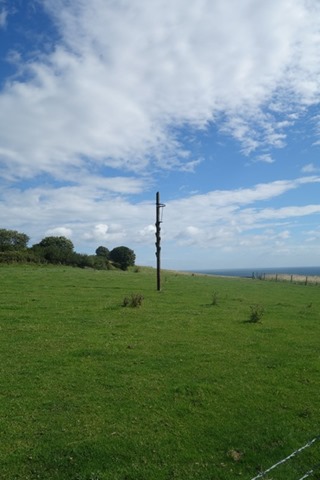 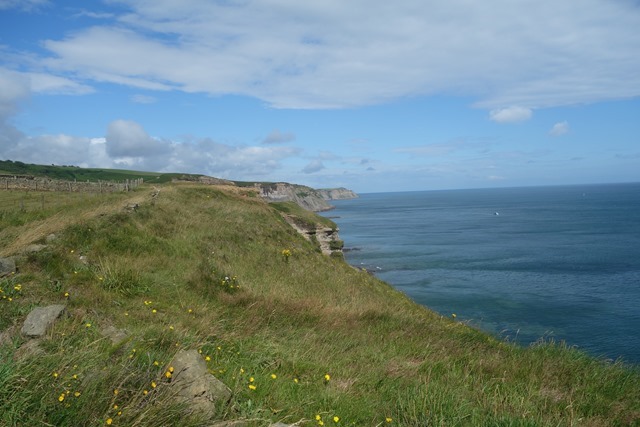 “Scars” could be seen under the water. It was high tide but these rocky selves that make this stretch of coastline potentially treacherous for shipping would soon be revealed as the tide receded. 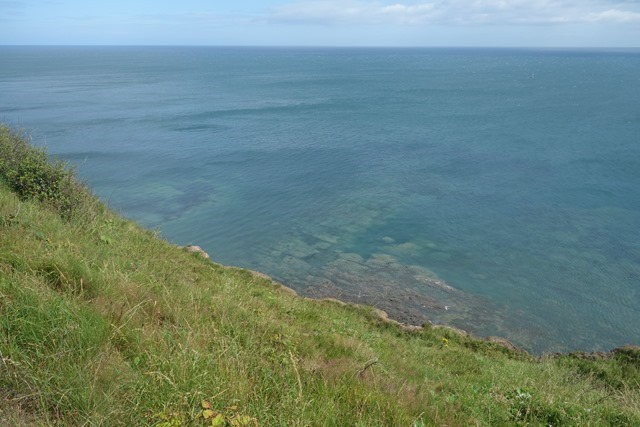 Looking out to sea. 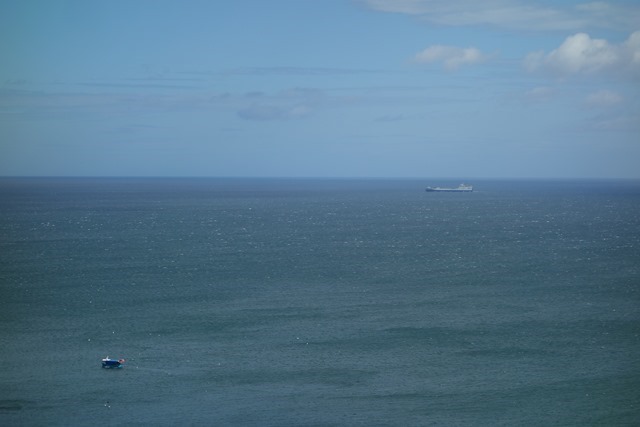 Moving along the coast 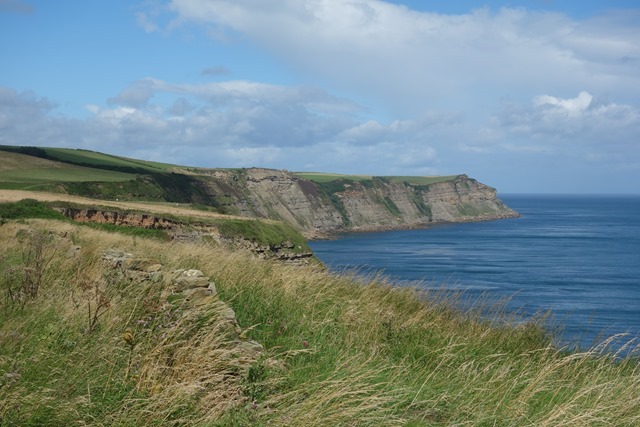 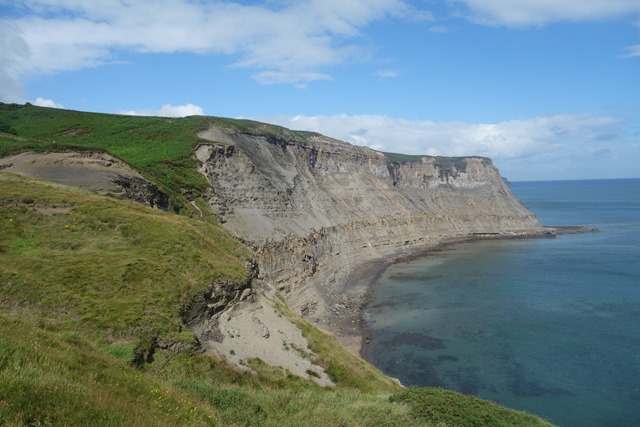 This must be the shortest lighthouse I’ve seen. 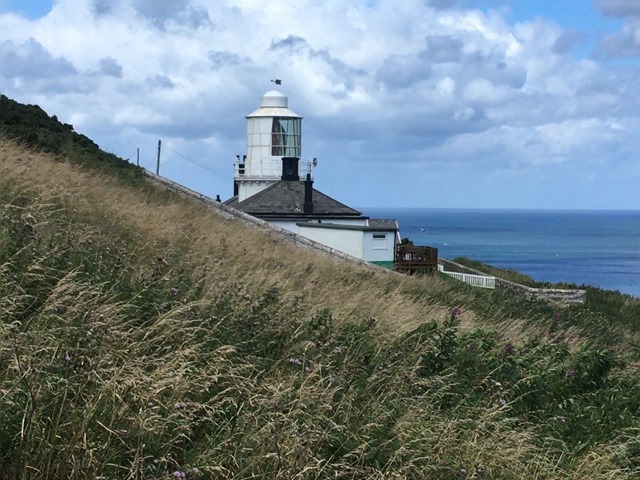 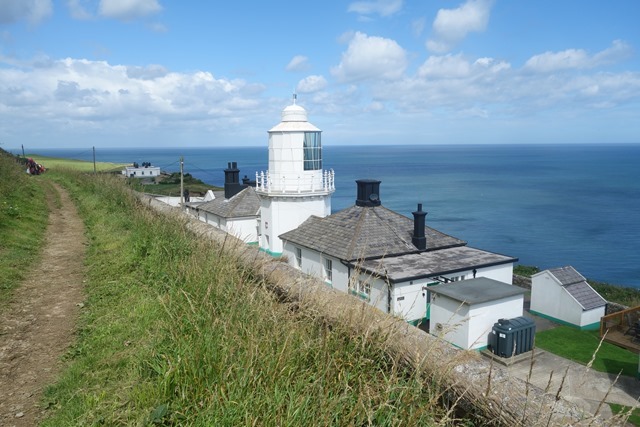 A cliff face of Kittiwakes 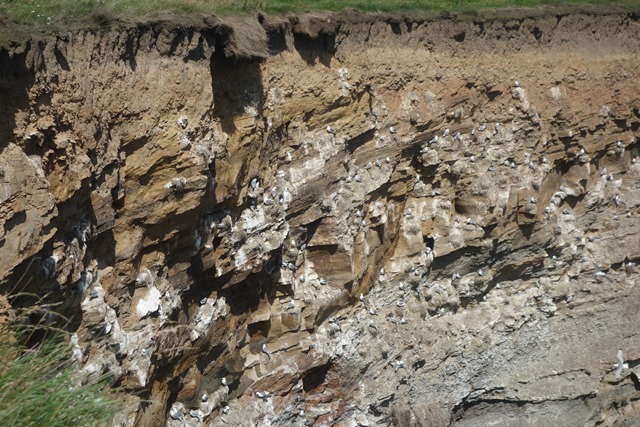 A short distance after the lighthouse we passed this disused foghorn station. I wouldn’t have liked to be walking past when this was blasting out. 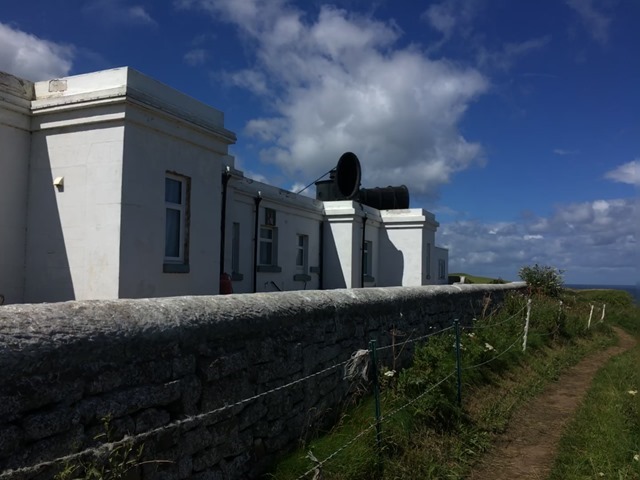 Carrying on the cliffs 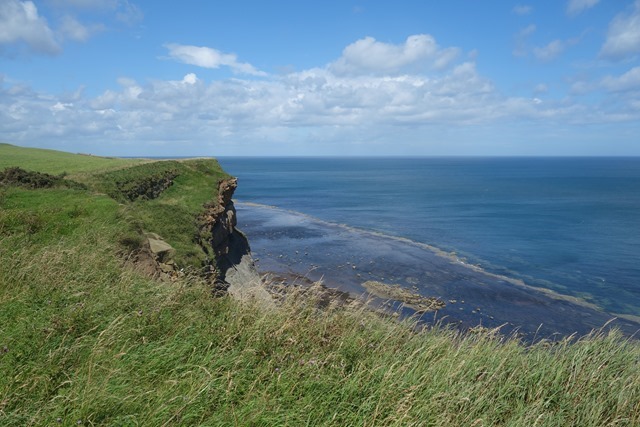 Getting closer to Whitby. We passed the bay where we’d been foddiling earlier that week. 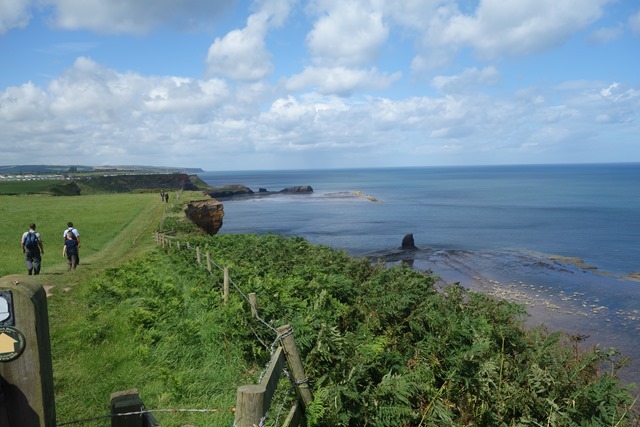 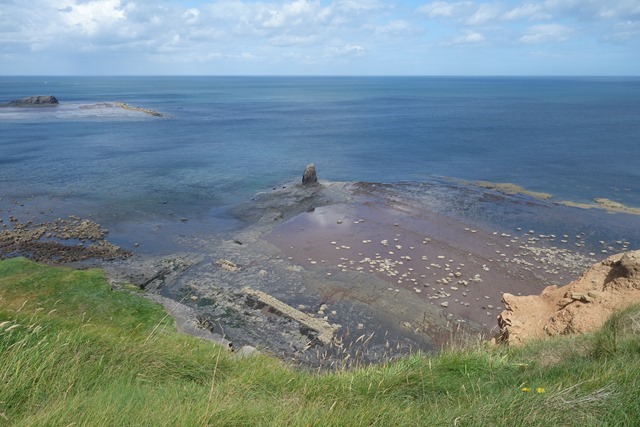 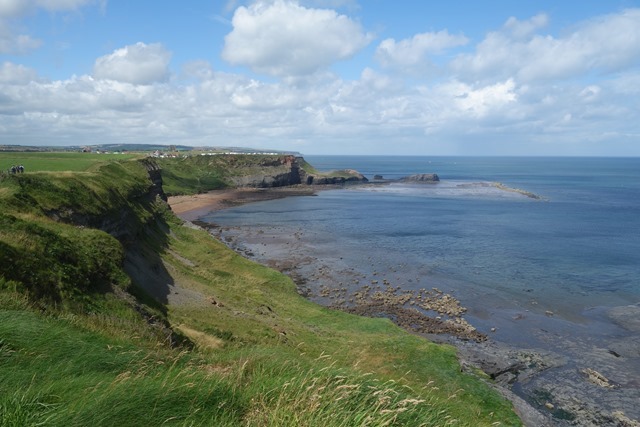 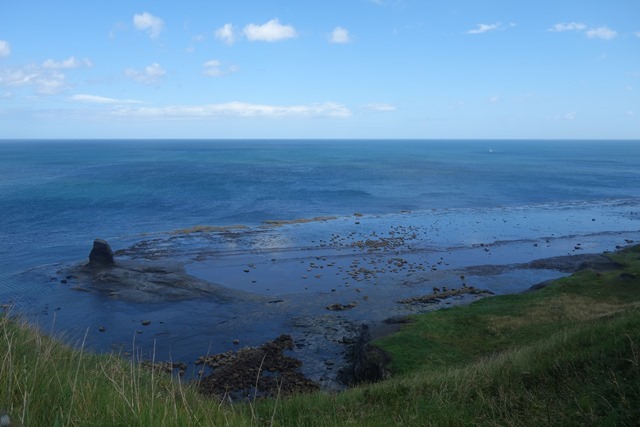 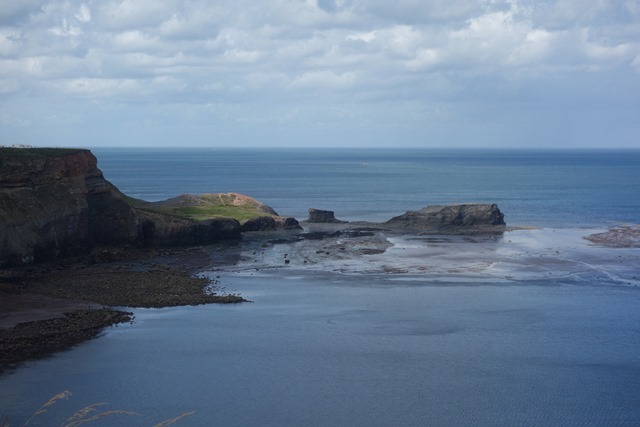 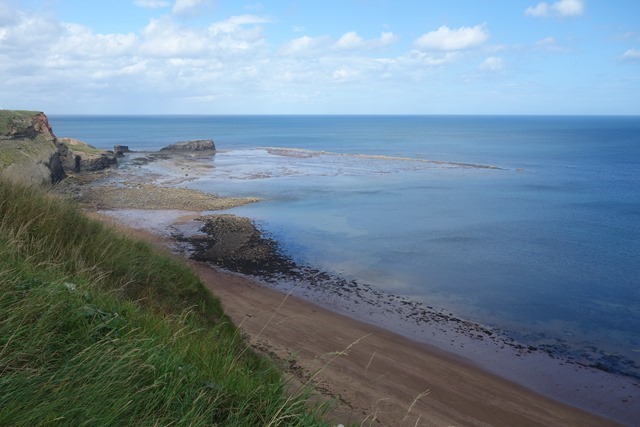 The Abbey came into view 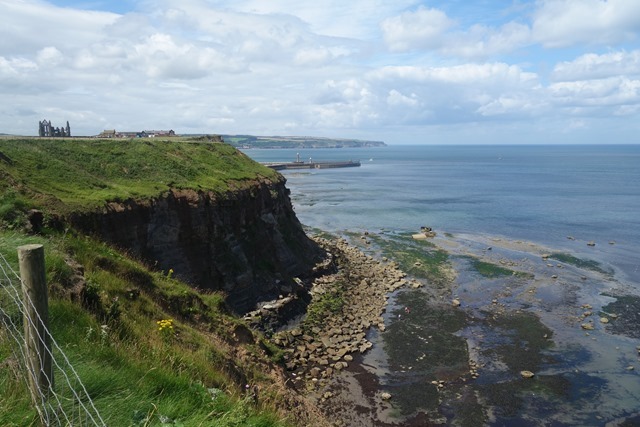 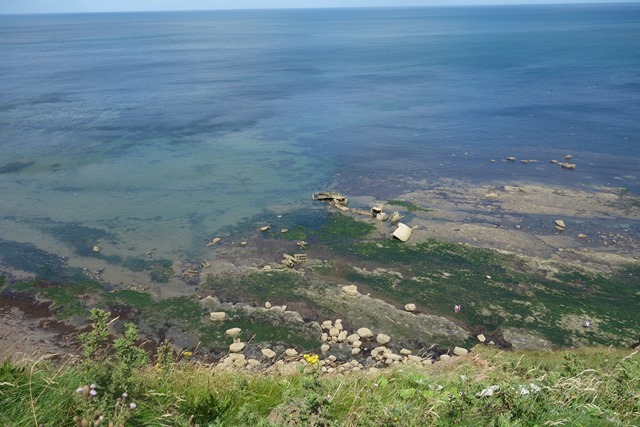 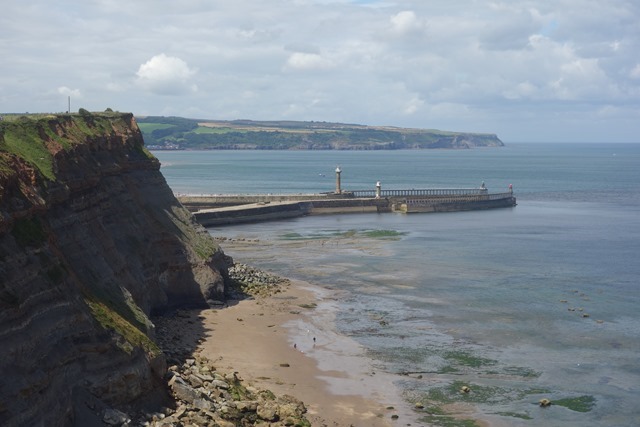 Getting closer to the Abbey 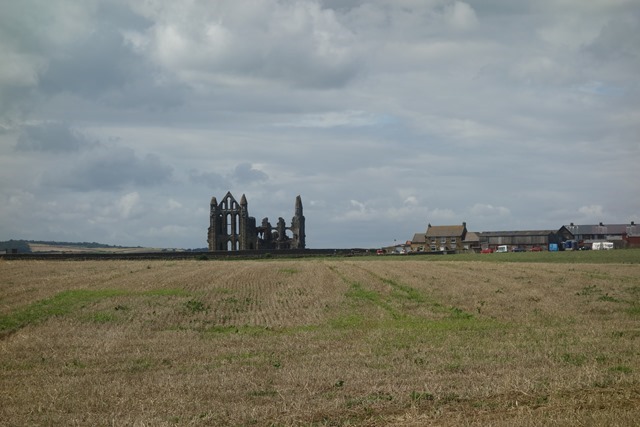 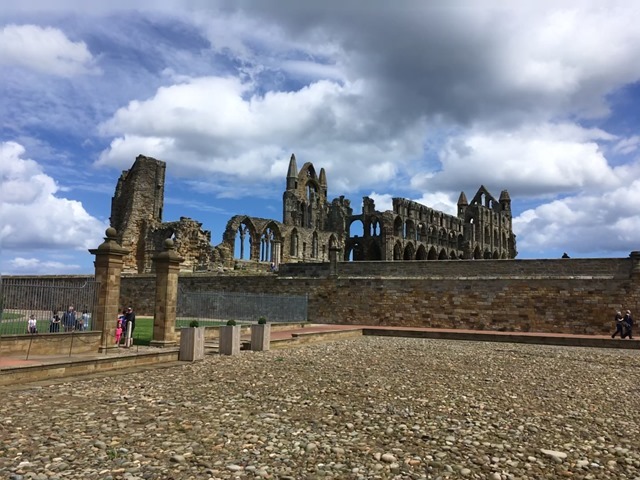 We finished the walk with tea and cake in the YHA café next to the Abbey.

An enjoyable walk of about 8 miles.