Robin Hood’s Bay is a small picturesque fishing village just a few miles south along the coast from Whitby. In the past it would have been very isolated and was known as a haven for smugglers. Today it’s a popular spot for tourists with wide sandy beaches under the cliffs and flat rocky outcrops , known as scars, with plenty of opportunities for fossiling and exploring rock pools It’s also the end (or start!) of the popular Coast to Coast long distance walking route.

Barbara Hepworth used to holiday here with her family as a girl and there’s a watercolour of the village that she painted.

Another Yorkshire artist, Albert Wainwright (no relation to Alfred!) also painted scenes of the village. The Hepworth Gallery own some of his works and we saw an exhibition of them there a few years ago. 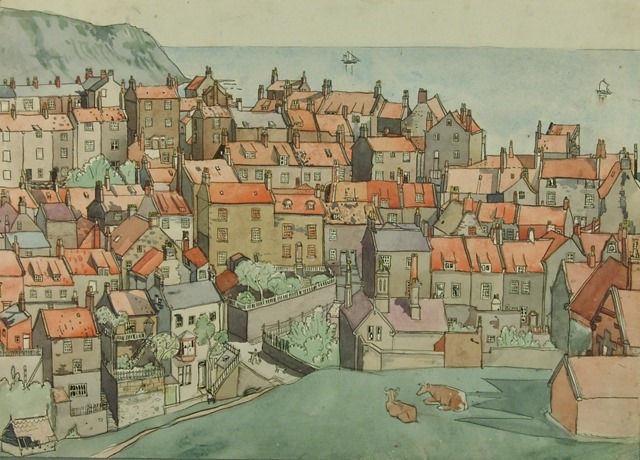 The old village nestles on a hill leading up from the beach with a steep, narrow, “main road” leading down to the slipway known as the Coble Landing.

We arrived as the tide was going out.

But it was a grey day and a bit chilly for messing about on the beach, although that wasn’t deterring plenty of families. 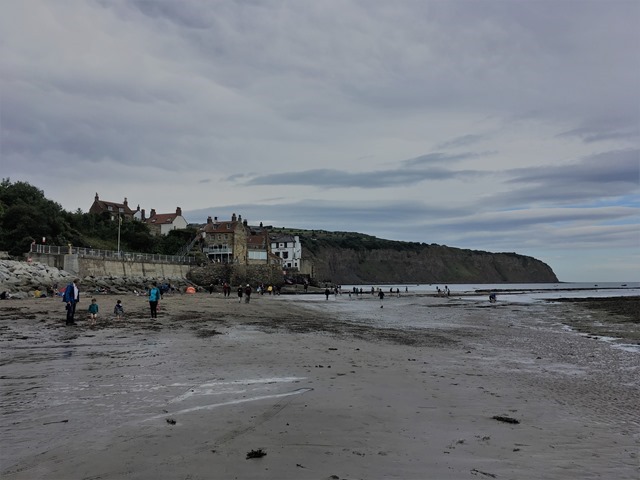 After a brew and a bite to eat we decided to explore the village.

Lots of old houses on steep, narrow streets and alley ways only accessible on foot. 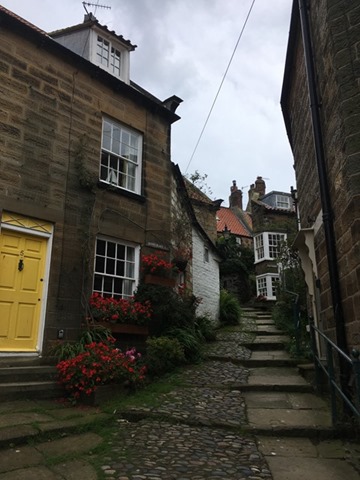 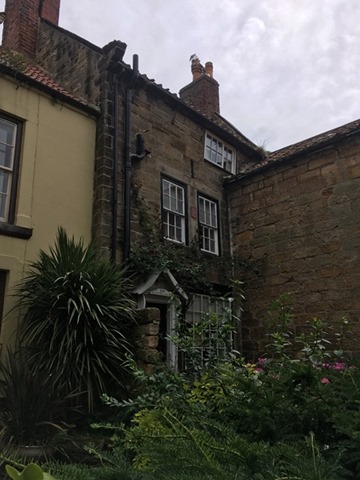 The rain came in during the afternoon, but we’d had a good look round – it didn’t take long as it’s only a small village. So we headed back to Whitby and spent the afternoon relaxing.