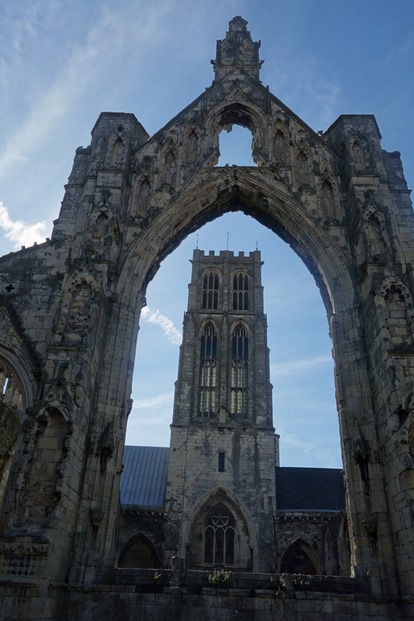 Starting to feel like a prisoner in my hotel room, I drove over to Howden, a small town a five mile drive from my hotel. It’s not more than a village, really, but it’s dominated by a large Gothic church – Howden Minster.

The Minster was owned by monks from Peterborough Abbey in Saxon times, but in 1080 it was gifted to William of Calais, the Bishop of Durham. The Norman church was rebuilt in the early English style in the 13th century and rebuilding work was completed in the ‘decorated’ style around 1340. A small octagonal Chapter House was built after 1388, the last of its kind to be built in England.

Over the years the church was neglected and started to fall into ruin lack of funds for maintenance. Today, only the nave survives intact, with the quire and chapter house in ruins, but preserved under the guardianship of English Heritage. The remaining, intact, parts of the building are still in use as a parish church.

I had a look around the outside of the building.  This is the octagonal Chapter House. 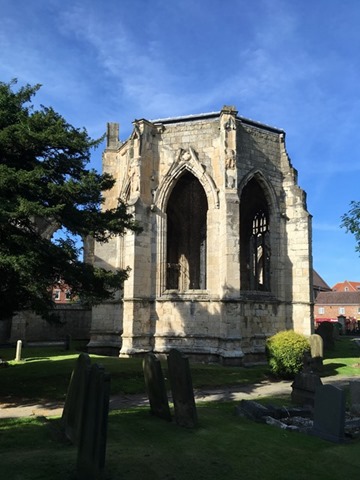 A view of the tower from the graveyard to the south of the building. 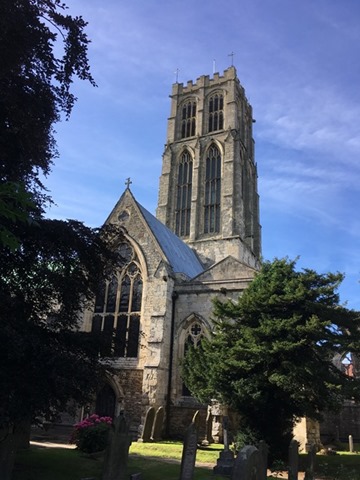 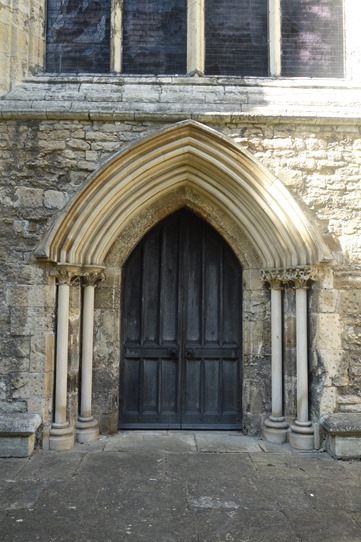 A view of the tower from the north west 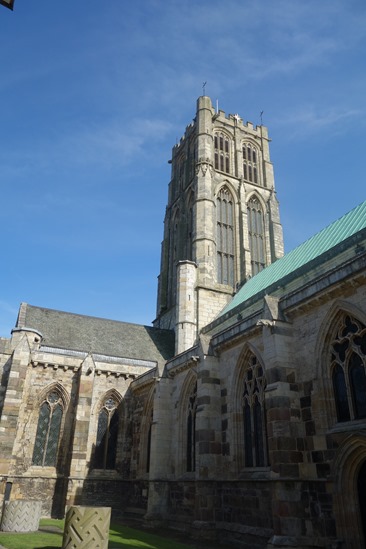 The view from the south. It’s considerably plainer than the Minster at Beverley 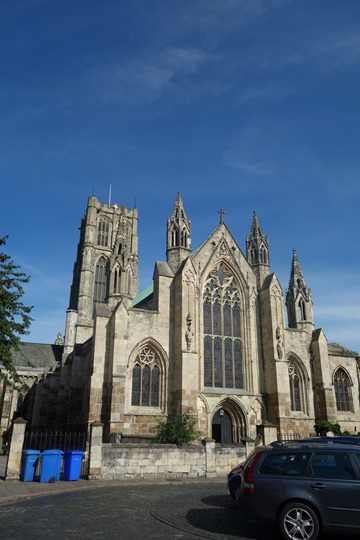 Although it was early evening the entrance wasn’t locked, so I decided to have a look inside.

Looking down the nave with it’s high ceiling supported by characteristic pointed arches. 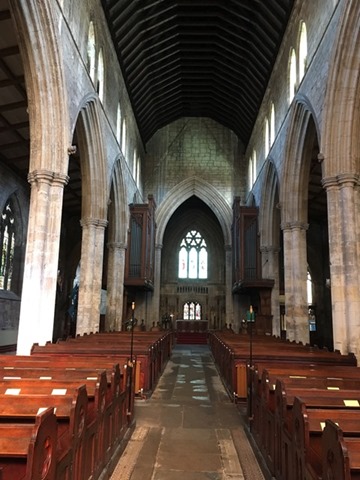 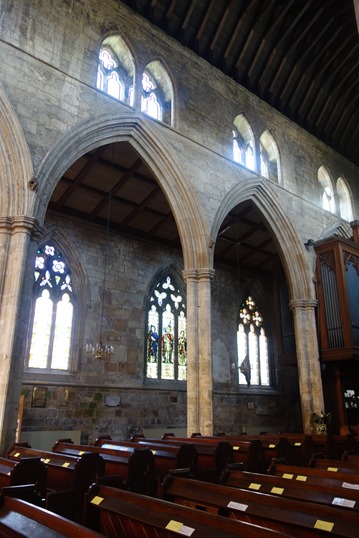 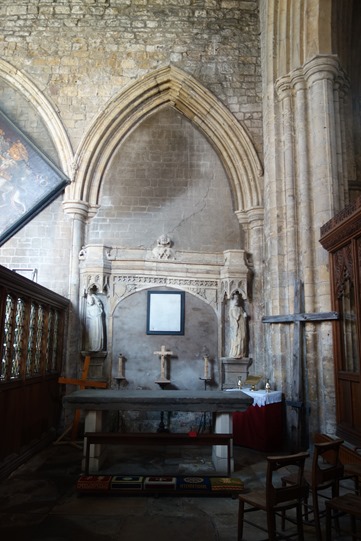 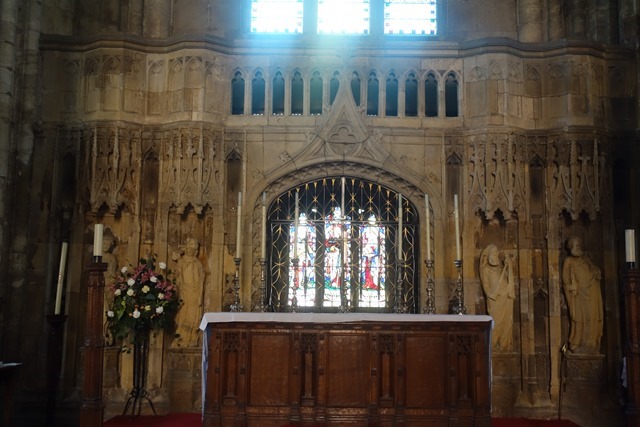 A modern series of abstract sculpture by John Maine R.A. was installed outside the minster 2002 –2008, inspired by the four elements.

The churchyard itself represents “Earth”.

This star like pattern made of granite and inlaid into the pavement in front of the west entrance is “Water”. The granite is from the Himalayas. 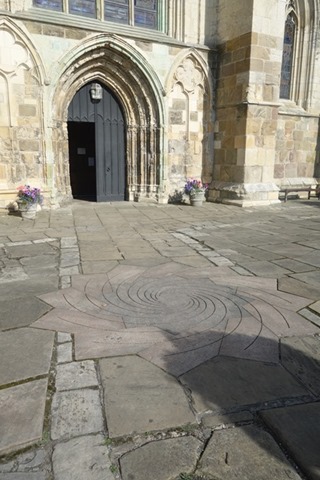 “Air” is represented by series of truncated columns of various heights, with patterns inspired by the carved columns in Durham Cathedral, 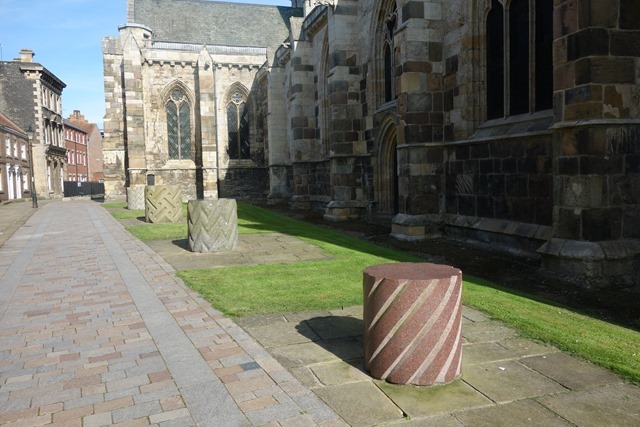 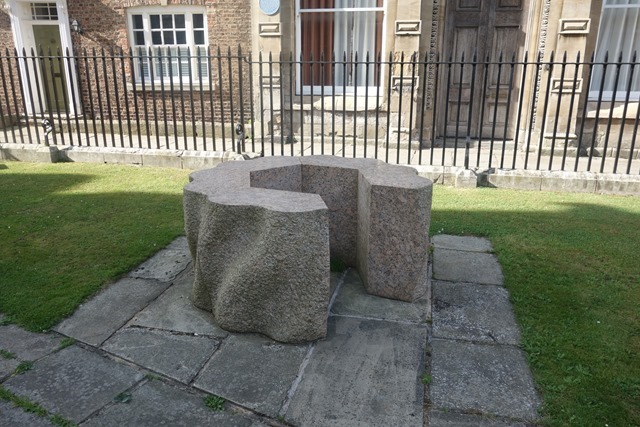 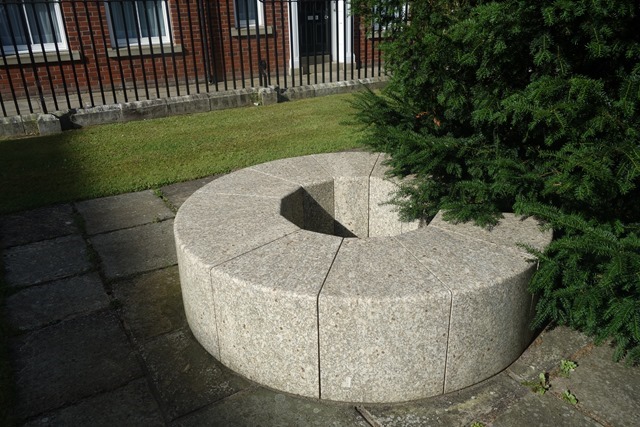 This is “Fire”, which stands in the north east corner of the churchyard, in front of the ruined Quire. 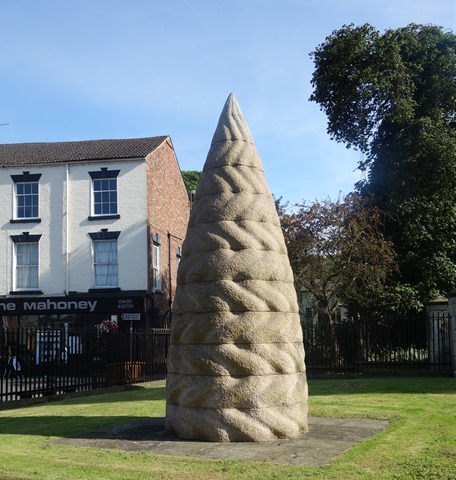 8 thoughts on “Another day, another Minster”