It was around midday when we dropped D and J off at Morebattle to pick up their car.We said our goodbyes and then we set off to drive over to Melrose. It was a pleasant day so rather than head off straight home, and get caught up in rush hour traffic on the Motorway, we’d decided to go and have a look at the Abbey that’s the start of the St Cuthbert’s trail and which we’d missed by starting at Morebattle.  Although it would have taken a couple of days to walk between the two Scottish Border towns it was less than an hour’s drive.

Just like Lindisfarne Priory, the ruined Abbey wasn’t the one where St Cuthbert lived. It’s a later Cistercian building founded in 1136. In fact, the original Celtic Christian monastery was located about two miles east of the town. 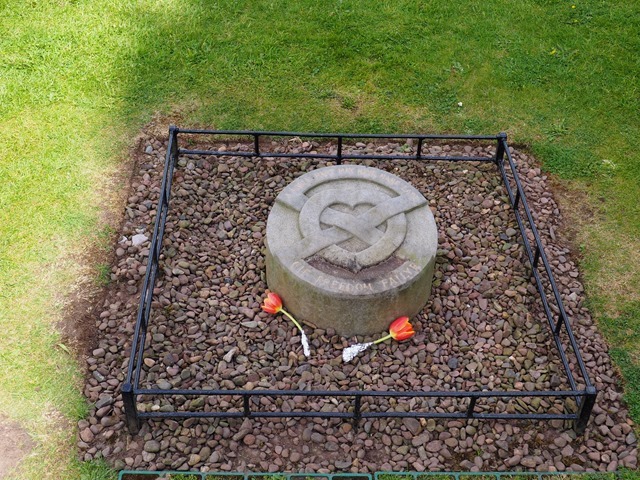 Of course, there’s no real evidence that his heart is actually buried here.

The original building would have been Romanesque in style (like Lindisfarne Priory) but being close to the border with England the area was regularly a war zone and, inevitably, the Abbey was seriously damaged. There are some traces of the original building, such as this doorway

but it is a Gothic structure, built after1385, with characteristic high pointed arches, large windows with ornate tracery and flying buttresses. 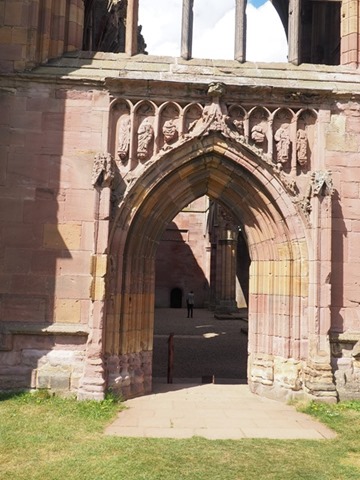 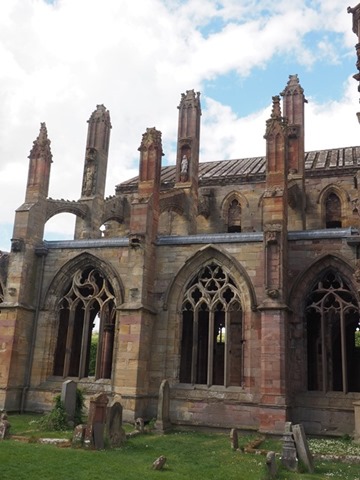 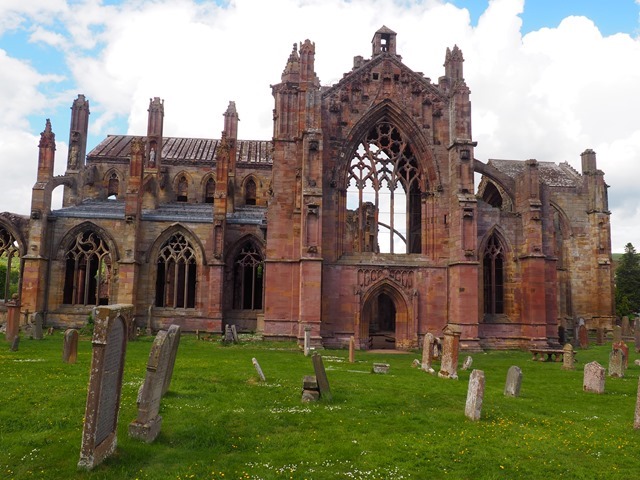 The remains of the ornate stone vaulting over the presbytery 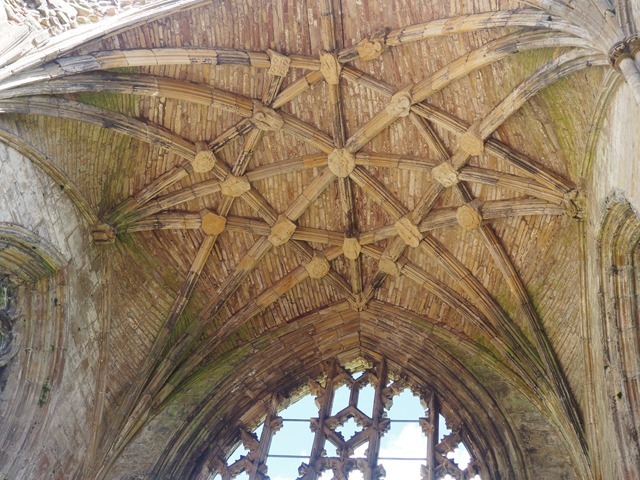 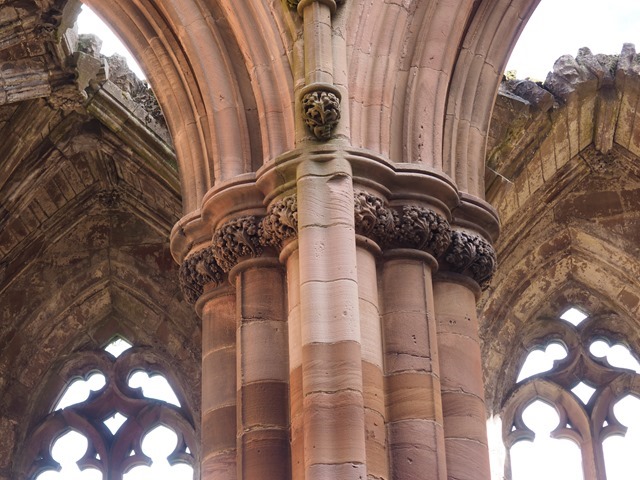 A good view of the nearby Eildon hills from the roof 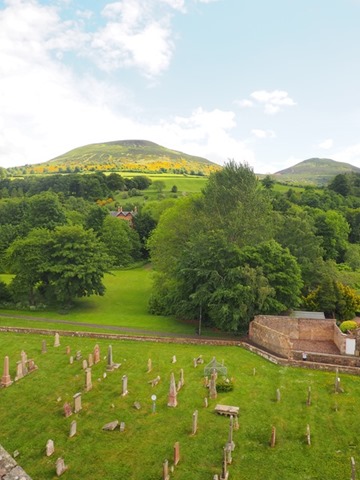 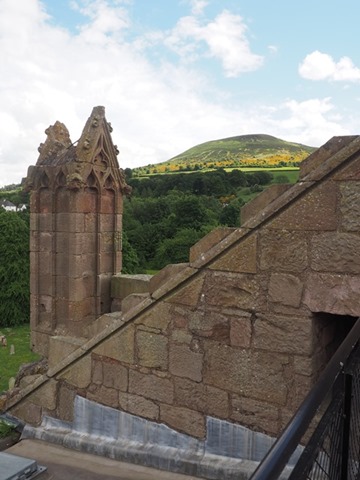 There isn’t much left of the cloisters and the monks’ living accommodation.

However, there’s a good little museum in the restored Commendator’s House, built in the late 1500s – much of it’s stone being robbed from the Abbey buildings. (Commendators were lay administrators who, were placed in charge of abbeys in Scotland) 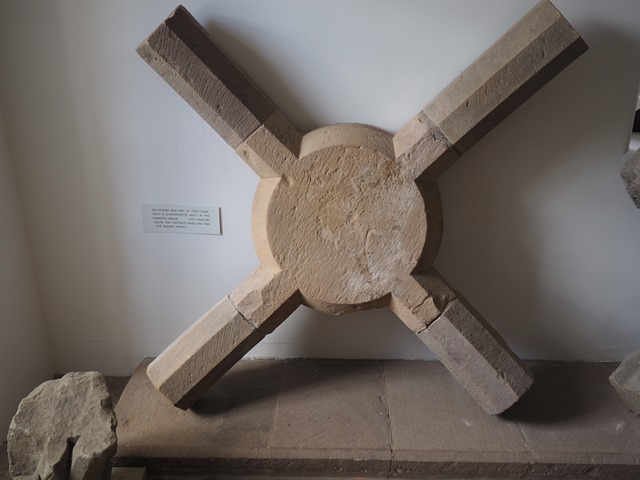