The second day of our walk would take us from Kirk Yetholm in the Scottish Borders back into England, over the Cheviot Hills across to Wooler in Northumbria.

We woke up to a bright, if windy, morning. Some rain was promised for later in the day but we had our waterproofs in our packs for when we needed them.

The Border Inn is the end (or start depending which way you’re going!) of the Pennine Way and for the first stretch St Cuthbert’s Way coincided with this rather longer route. I can now say I’ve been to both ends of the Pennine Way – only trouble is I haven’t done the bit in-between!

We set off across the Village Green 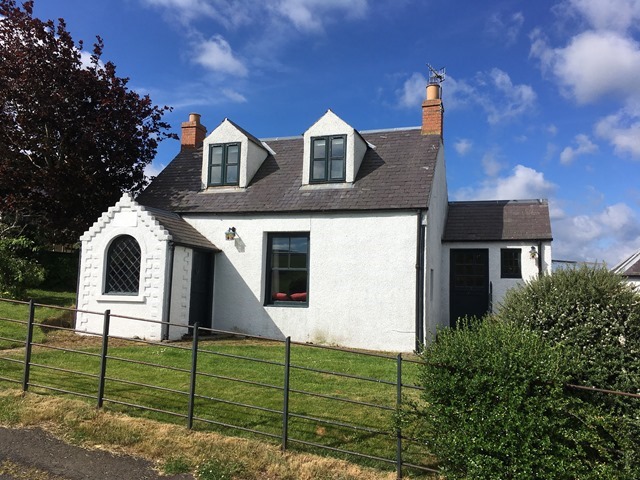 which at one time was occupied by the “Gypsy Monarch”, the head of the local Gypsy clans. Today, it’s a self catering holiday cottage.

We carried on along the quiet road up the hill. Looking down we had good views over the Bowmore valley across to England 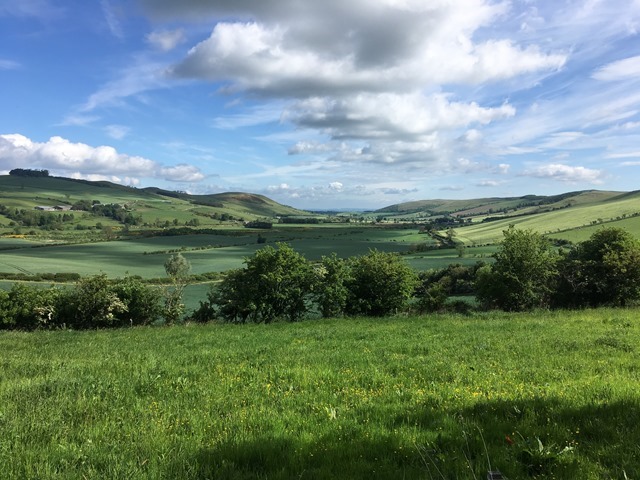 and towards the Cheviot hills ahead of us 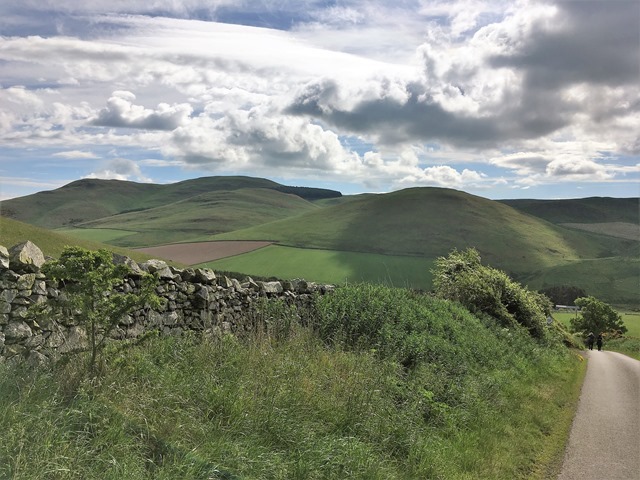 We were soon off the tarmac and heading up the path up the hills. We were still on the Pennine Way at this point but would soon be branching off. 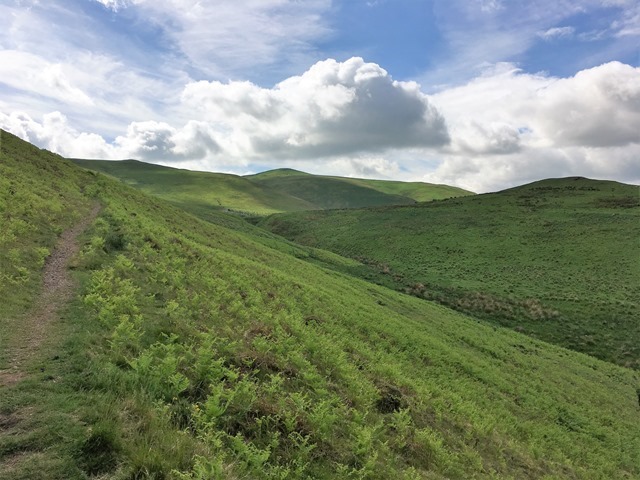 Good views all around 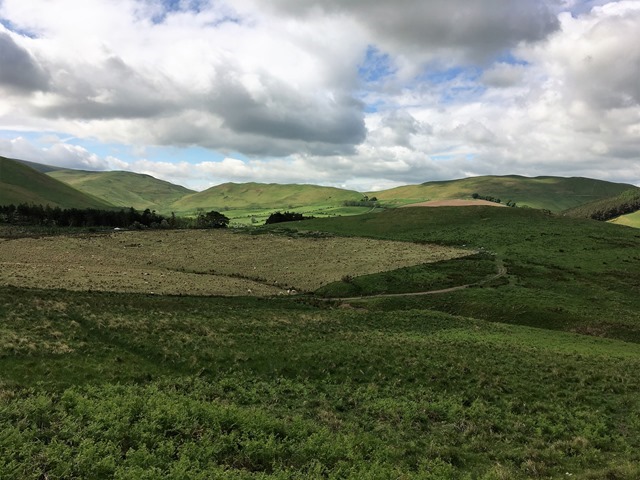 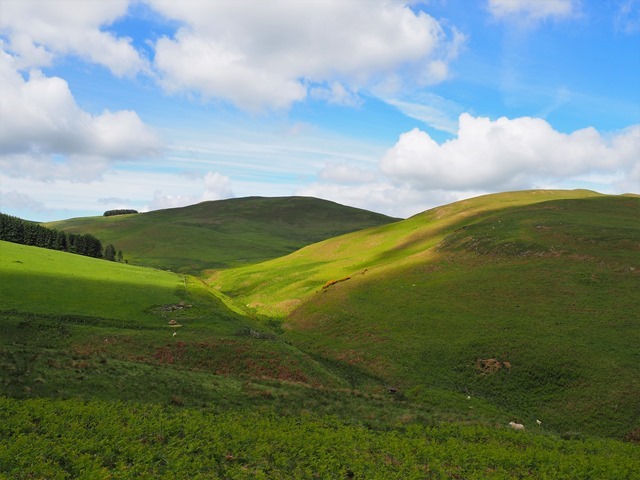 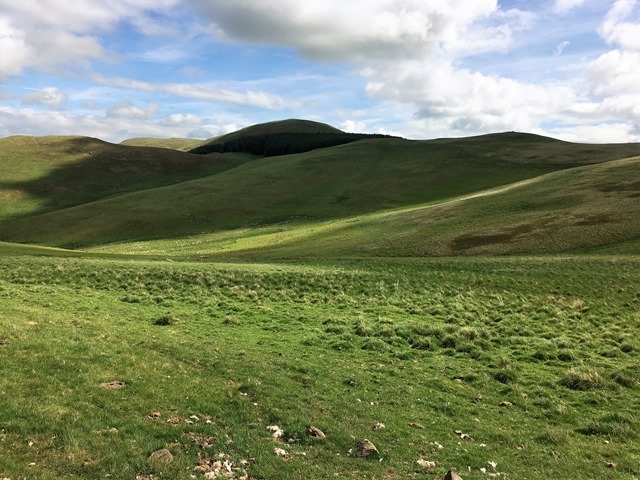 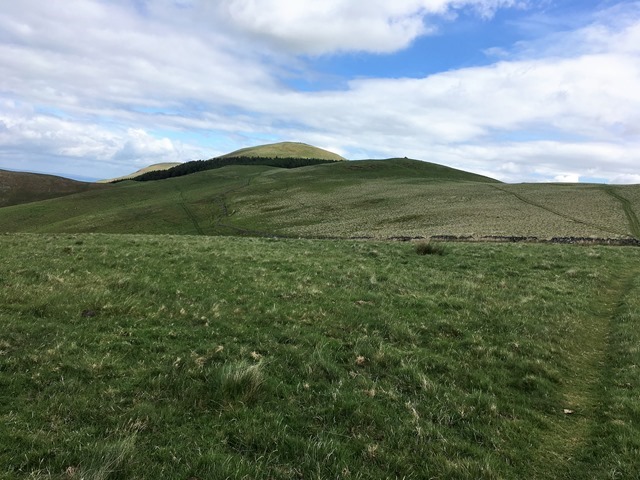 we reached the border 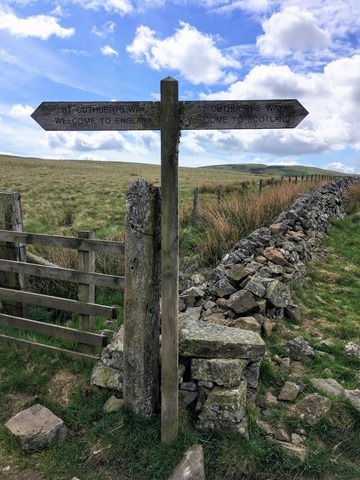 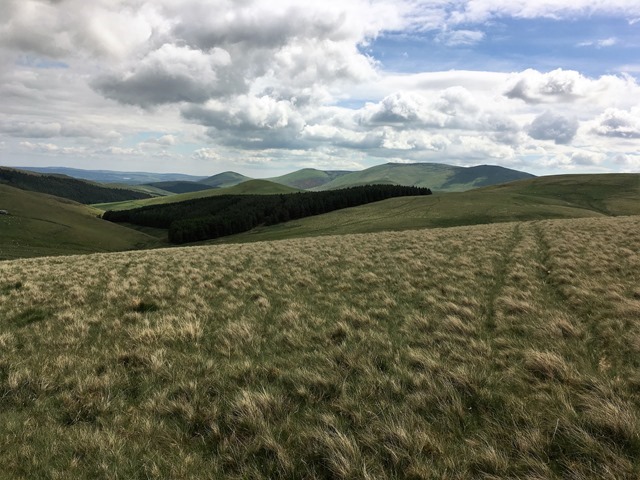 we entered a forest

Fortunately the path was well signposted. Otherwise it would have been easy to get lost.

After the forest we crossed a field down to a farm track which we followed for a mile or so until we reached the small hamlet at Hethpool. There’s been a settlement there since medieval times, but the current buildings were constructed in the early 20th century in the Arts and Crafts style for the Tyneside businessman Sir Arthur Munro Sutherland who bought the Hethpool estate with its 1294 acres as a sporting and farming country retreat. 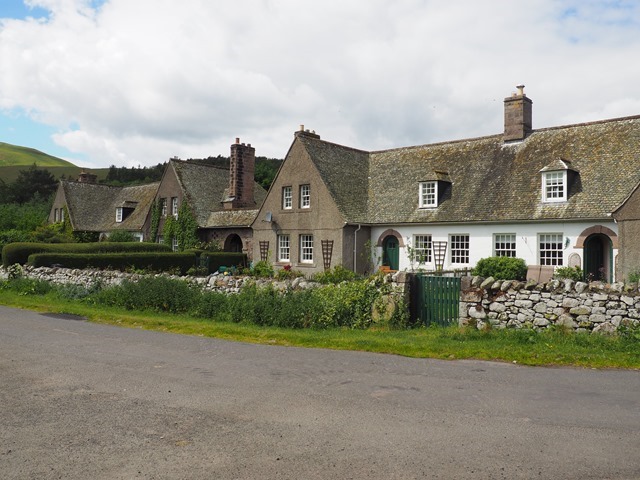 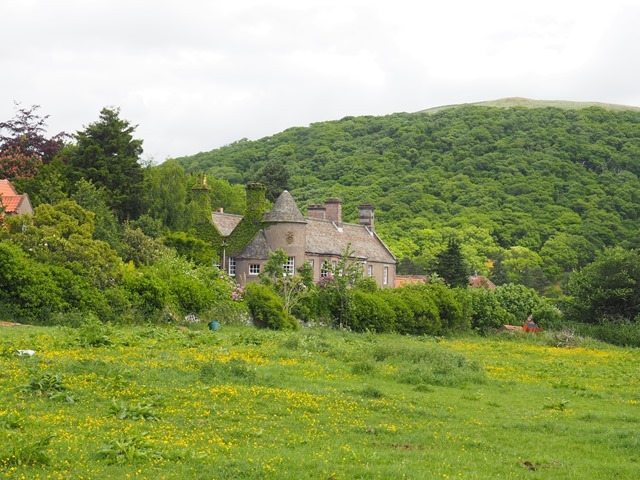 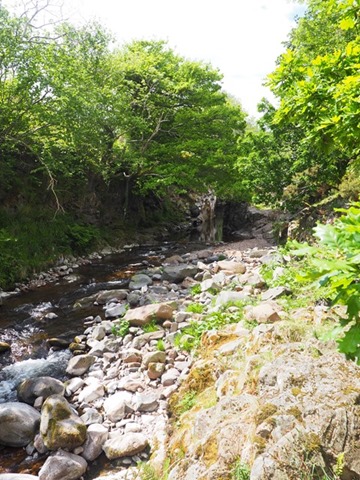 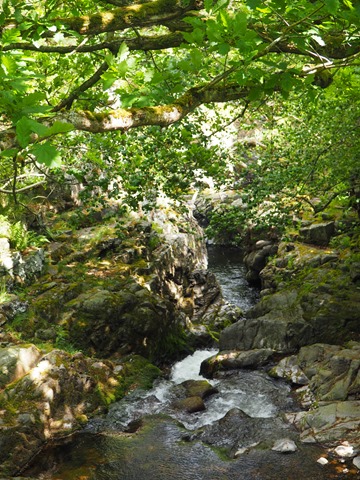 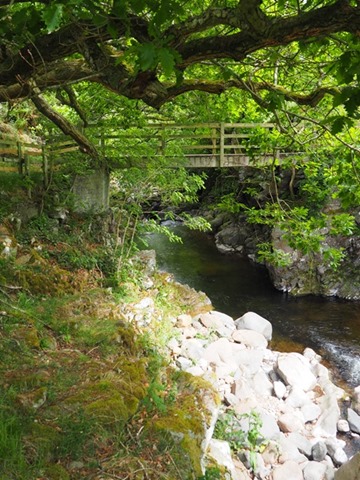 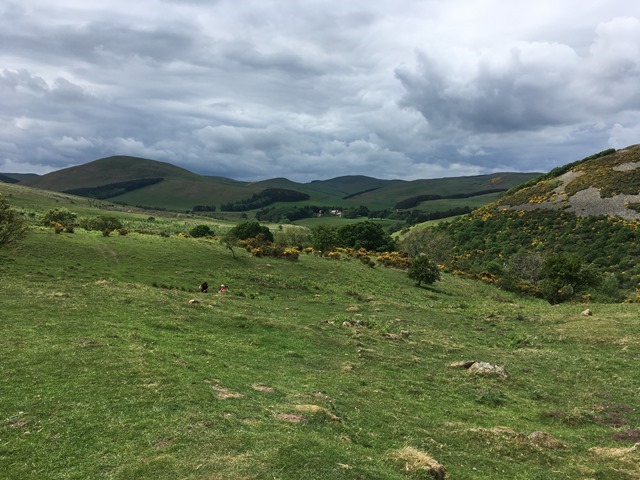 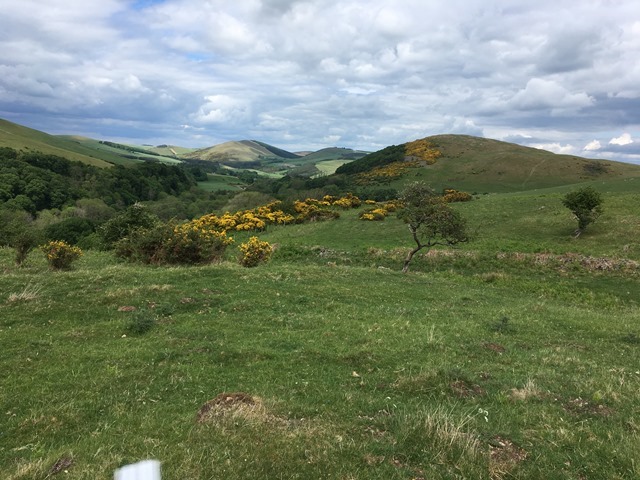 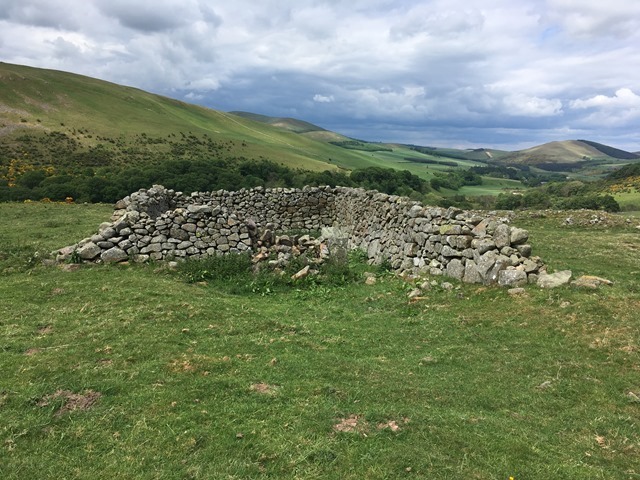 After about a mile and a half, just past Torleehouse farm, we turned right and began our ascent on to the moors climbing the pass between Yeavering Bell and Easter Tor.

Up until now we’d avoided the rain. We could see dark clouds and rain falling in adjacent valleys but our route had kept us away from us. But about half way up our climb it hit us. Time to put on the waterproofs. It rained intermittently as we crossed the grouse moors. But for most of the time it wasn’t too heavy and mainly hit us from behind rather than head on. So it didn’t really cause us a problem other than reducing visibility. Just as well as we had about a 4 mile traverse over exposed terrain before we would come down off the moors. 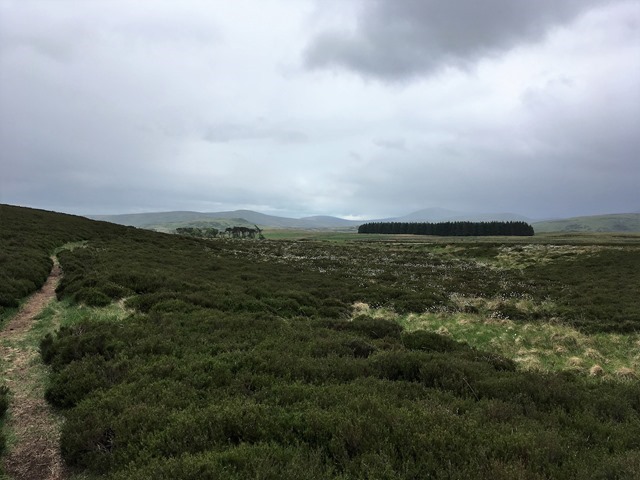 The Cheviot was shrouded in cloud. 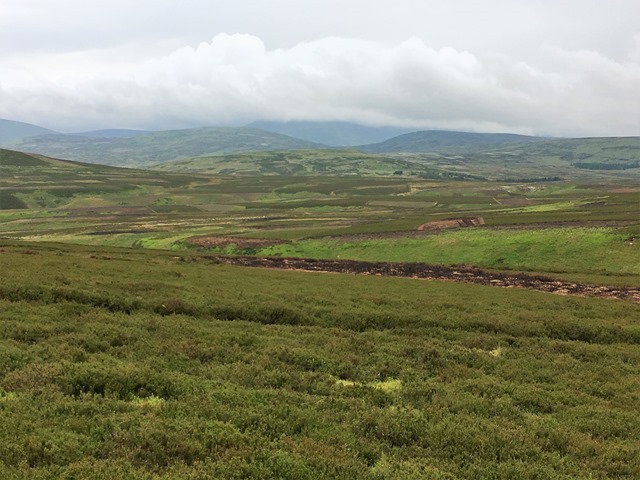 Eventually we started to descend down towards Wooler. The rain had moved on and we were treated to some blue skies and sunshine 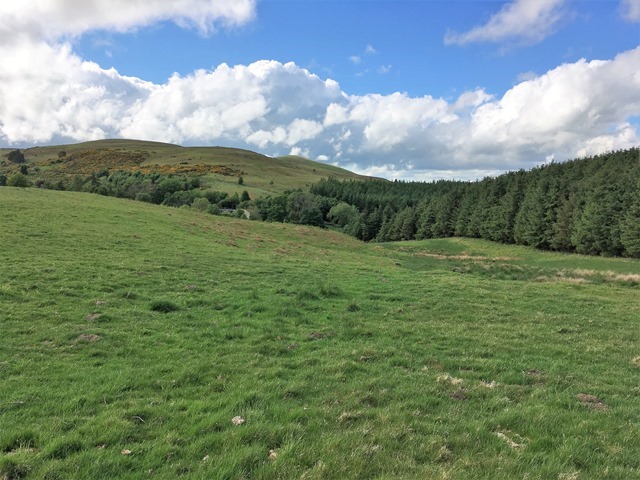 The route now did a ‘dogleg’ taking us through a forest 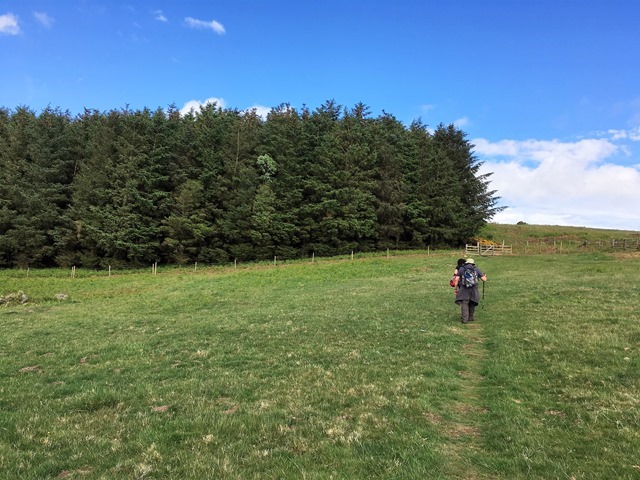 and then crossing fields 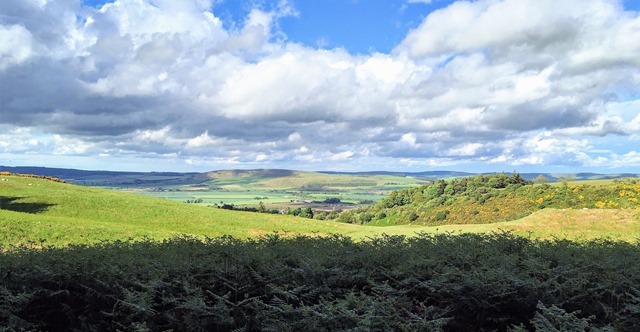 before we finally reached the small Northumbrian town 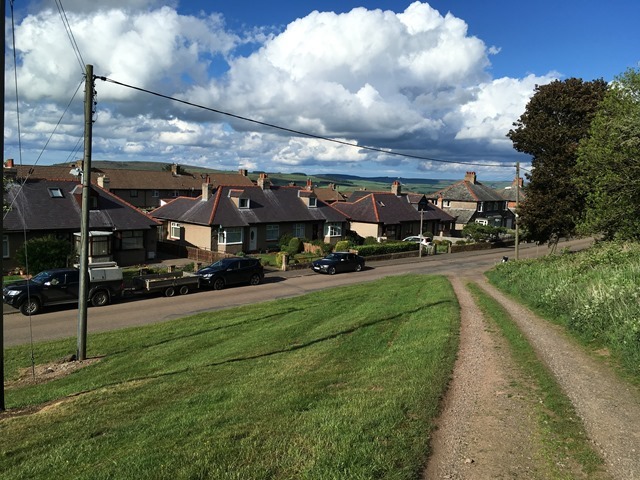