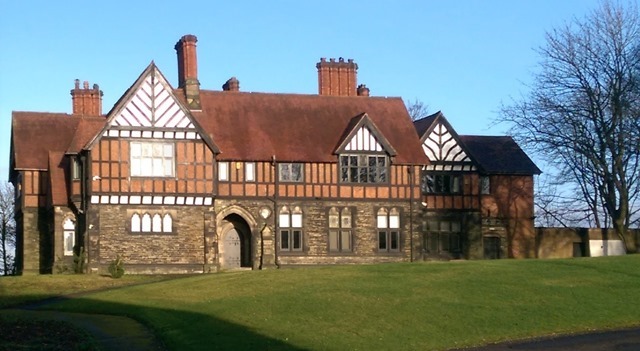 Wigan Hall was actually the Rectory for Wigan Parish Church which stands at the opposite end of Hallgate. It replaced an older building that stood on the site. The Rector was quite a powerful individual in old Wigan as he was also lord of the manor – a hang over from the Feudal system – and a major land owner.

It looks Medieval or Tudor but it was actually built in in 1875 in the Arts and Crafts style. The architect was GE Street who was also responsible for the Royal Courts of Justice in London and was usually associated with the Gothic Revival style. It’s a Grade II Listed Building and described on the Historic England website.

The building was derelict for many years, but has recently been renovated to become the headquarters of The Sports Office, a software company owned by former Wigan Rugby League player and Sky Sports pundit, Phil Clarke.