Last Sunday, the May Spring Bank Holiday weekend, we went into Manchester for the afternoon. One of our objectives was to visit the Whitworth Gallery as we hadn’t been for a while. The main galleries were being prepared for the next exhibition and so were closed, but there was still plenty to occupy us for a couple of hours.

Two of the galleries upstairs were showing an exhibition of the work of Tibor Reich. I’d read the report by Barbara of Milady’s Boudoir a few weeks ago and wanted to see it for myself.

celebrates the centenary of Tibor Reich, a pioneering post-war textile designer, who brought modernity into British textiles. Born in Budapest, Hungary in 1916, Reich studied architecture and textiles in Vienna before moving to Britain in 1937. In 1946 he set up Tibor Ltd, introducing bright new colours and textures into the drab interiors of post-war Britain. The firm rapidly gained an international reputation working on commissions for the Festival of Britain, Expo ‘58 and Concorde.

The exhibition explores the ideas behind his innovative textiles, photography, ceramics and drawings.

Tibor Reich who was Jewish, was born in Budapest in 1916. He escaped Nazi-occupied Vienna in 1937 and settled down in Leeds where he studied textile technology and design at Leeds University. On graduating, he went to work for Tootals of Bolton, but left after a year, moving on to set up his own company based in Stratford-upon-Avon, designing and producing fabrics. Initially the cloth was woven on handlooms, but power looms were later installed.

He went on  to produce textile designs for The Royal Shakespeare Company, the Festival of Britain, Coventry Cathedral,  furniture manufacturers such as G Plan and for the Royal Yacht Britannia, Concorde and the QE2. In 1954 an exhibition of his work titled ‘An Adventure with Colour’, toured the country and was seen by 250,000 people.

His textiles were based on relatively simple, colourful, abstract patterns, which was radical for it’s time in a Britain still recovering from wartime austerity and more used to greys, beige and other dull colours.

There was an extract of a Pathe film about his working methods showing on a loop. It’s available on You Tube.

He developed a system of pattern design, known as “Fotexur” (Fo referring to photography and texur to texture) which involved taking photographs of all sorts of textures and patterns from the environment, including plants, bark, stone, cracked earth and straw. Selecting patterns that interested him, cutting them out, rearranging them – a real “cut and paste” approach – and printing them in colourful inks. There was a display case showing the tools he used. 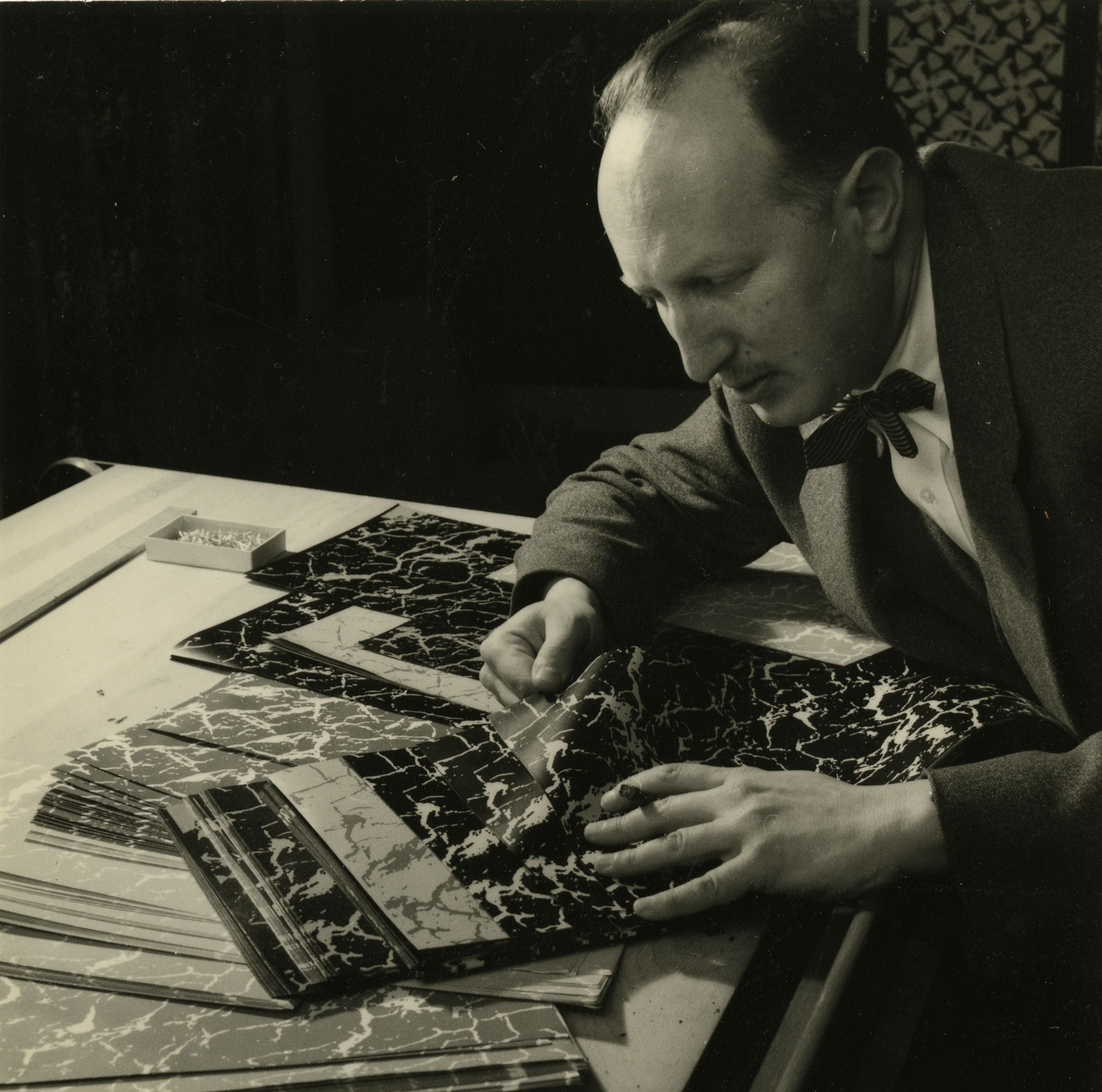 His textiles could incorporate figurative elements too, like this pattern illustrating the manufacture of Aluminium

He also designed pottery, including a range called Tigo-Ware which later was produced by Denby. His black and white cartoon like designs were influenced by Hungarian folk art but expressed in contemporary shapes.

I really liked these pieces which have a very modern look and “feel” to them and wouldn’t be out of place in a contemporary designer’s collection.

For me, his designs were redolent of my childhood in the 60’s. I even had a blanket on my bed that was surely influenced by his work. It’s pattern was very similar to these examples of his blanket designs.

This was a marvellous exhibition. A little like the Bauhaus was in the 20’s and 30’s, his approach must have seemed revolutionary at the time but because of his influence these types of design have been incorporated into the mainstream.

4 thoughts on “Tibor Reich at the Whitworth”