On Saturday we had an errand to run in Salford so decided to take the opportunity to drive over to Salford Quays and visit the Lowry. We’d seen that there was an exhibition of digital art showing there and although we weren’t quite sure what to expect, decided to take a look. A good decision as we enjoyed it.

The exhibition website tell us that Right Here Right Now is

Created in the last five years, their critical, playful and illuminating artworks challenge our understanding of the digital systems that surround us, while making visible those that are hidden. Prepare to re-think your increasingly connected digital life.

There were a good selection of works; photographs, videos, sculpture and installations.

We particularly liked and enjoyed those works we could interact with.With two exhibits viewers became part of the work.

Snowfall by fuse*, an Italian collective of multimedia artists. was a digital snow storm (quite appropriate as it was starting to snow outside). Entering a darkened room we were faced with a screen showing a digital snow fall. But there were video cameras in the room that detected the silhouettes of people and objects and processed the images, blocking the fall of snowflakes on the screen, creating digital snow men (and women!) 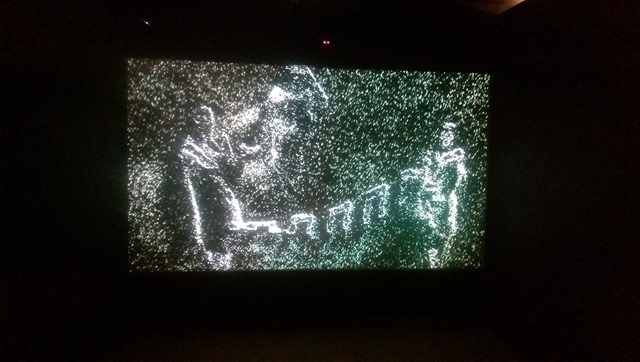 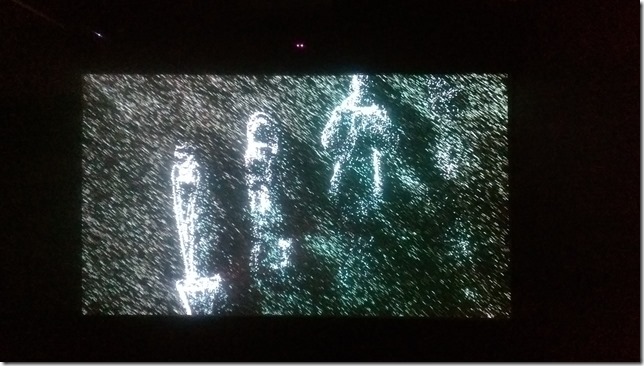 Another exhibit, Darwinian Straw Mirror by Daniel Rozin’s, did something similar. In this case an image was produced of people in the room made up a lines or “straws” 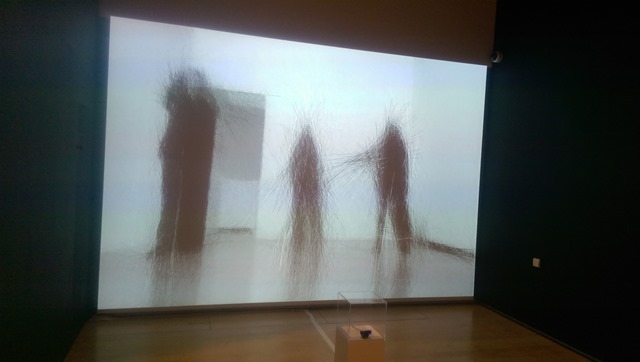 Planthropy by Stephanie Rothenberg was another interactive work. This was an installation consisting of plants held in containers suspended from the ceiling. Each container was associated with a particular charity, breast cancer, homelessness, refugees, .climate change Every time someone tweets about one of these causes (hashtags were listed on the walls), the watering system for that corresponding plant was activated. 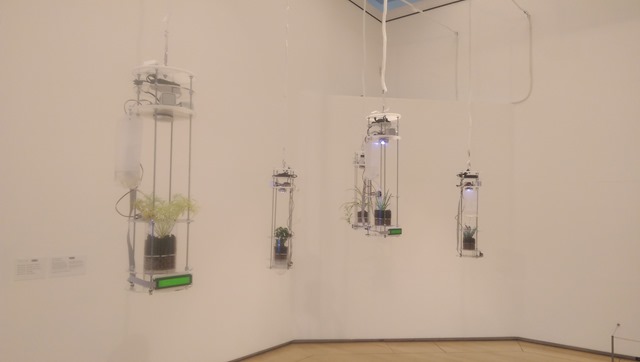 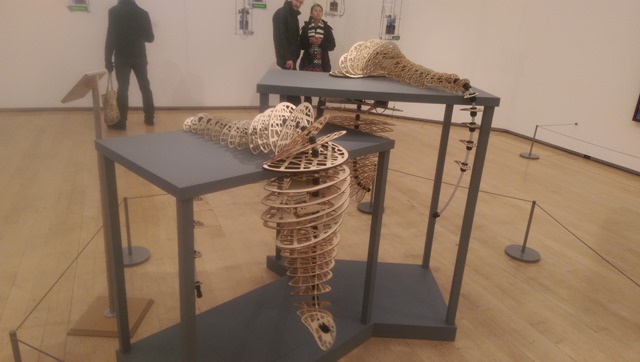 a small group of people each carry a landscape-reactive ‘creature’ that uses real-time processing of GPS data to determine its movements. As the group moves across the city, the creatures react to their surroundings depending on their programmed claustrophobic or claustrophilic personalities (exhibition catalogue)

Not all he works were animated. There were three large photographs by Mishka Henner, whose work we’d previously seen at the Open Eye Gallery in Liverpool.The three works on display were from the same series (The Fields) we’d seen at the Open Eye. At first glance they look like abstract works, but they are actually aerial shots of oil fields. His images are taken from Google earth. He processes them and stitches them together to form large photographs.

We liked many of the other works on display too. And it was interesting to see how the artists had imaginatively used modern technology to stretch the boundaries of art. 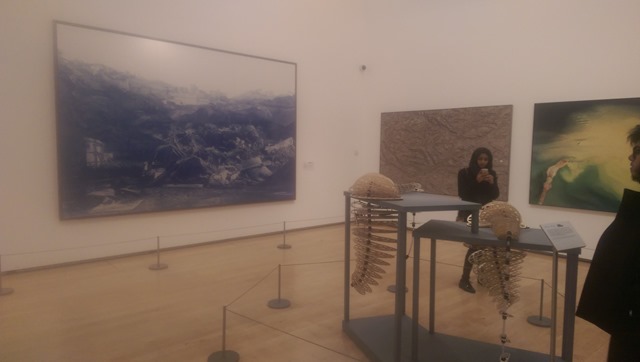 1 thought on “Digital Art at the Lowry”