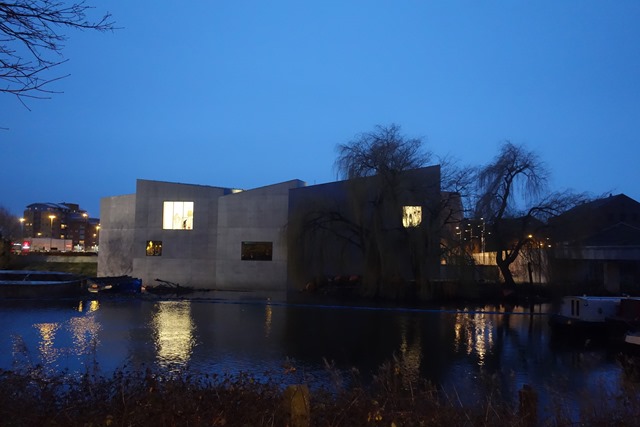 It’s become something of a tradition that on New Year’s Day we drive over the M62 to Wakefield. Last year we visited the Yorkshire Sculpture Park, on what ended up being a rather wild wet and windy day. Normally, however, we’ve been to the Hepworth Gallery and that’s what we decided to do for the beginning of 2016.

It’s a while since we’d been to the Hepworth – last February in fact – so other than the permanent display from the Hepworth Family Gift and the exhibition of Hepworth at Work everything else had changed since our last visit and there were six new exhibitions to see.

Making our way upstairs to the exhibitions on the first floor, we had a foretaste of what was to come, passing this work  Untitled (Bent Spoons) (2015) by Enrico Davis whose works were on show in two of the rooms. Made from cashmere on canvas – textile based works have been a feature of our gallery visits over the Christmas holidays!. 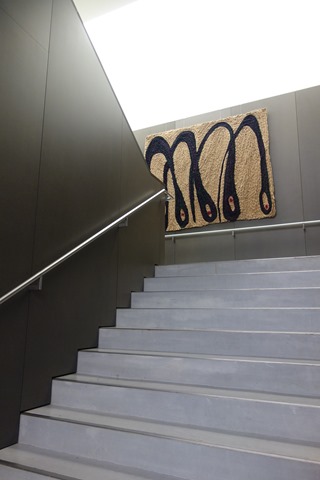 In the first room at the top of the stairs, there was an exhibition of later works by Barbara Hepworth – A Greater Freedom : Hepworth 1965 – 1975 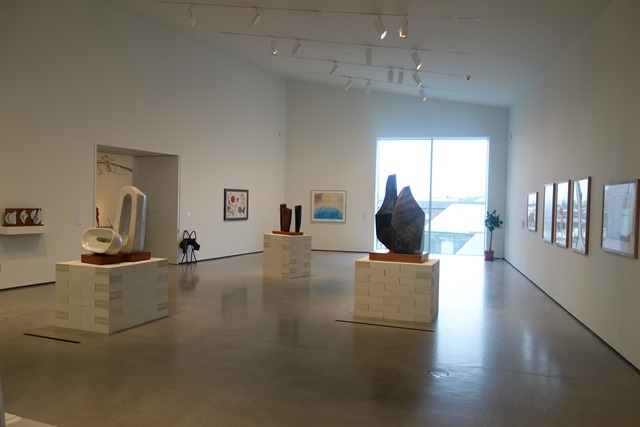 A Greater Freedom follows artistic developments in Barbara Hepworth’s later years, focusing on the last decade of the sculptor’s life from 1965 – 75.

By this point Hepworth had achieved international recognition, representing Britain at the Venice Biennale in 1950, winning the Grand Prix at the Sao Paulo Biennial of 1959, and having Single Form commissioned for the United Nations in the early 1960s. These successes afforded her opportunities to explore new ideas and processes.

During this period, she worked in different materials, which was reflected in the works on show 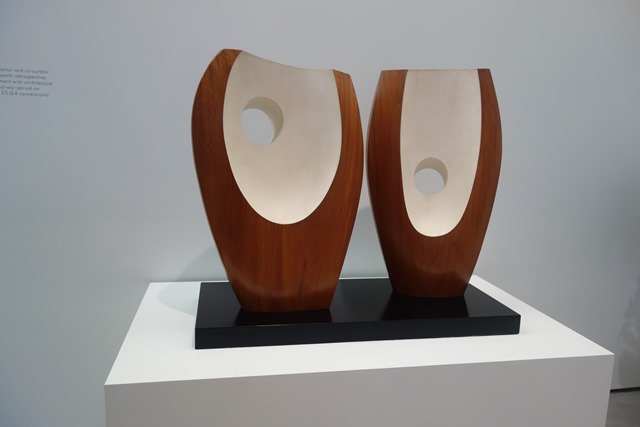 including a particularly attractive carved wooden, three piece on loan from Bolton Museum 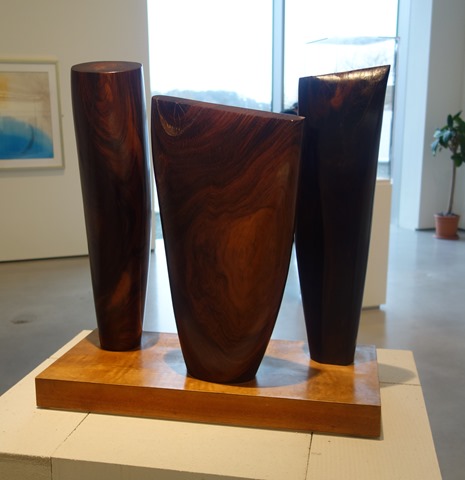 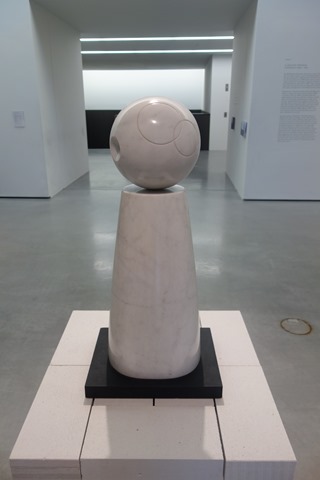 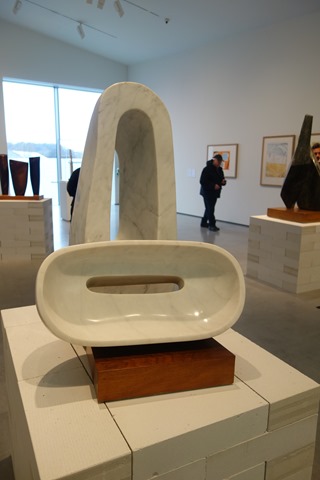 I think he had a point – but with characteristic Hepworth piercings it wouldn’t be very practical! 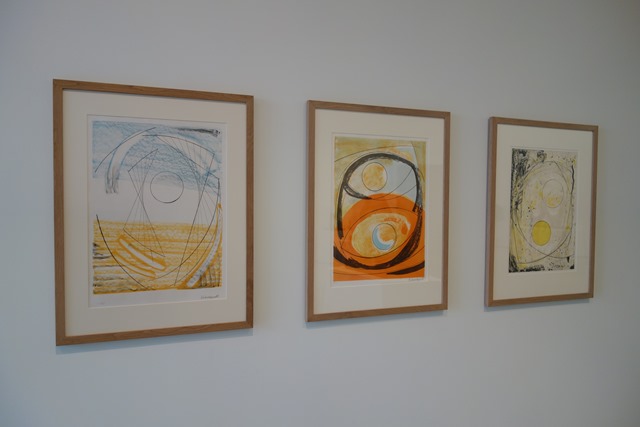 and even an oil painting 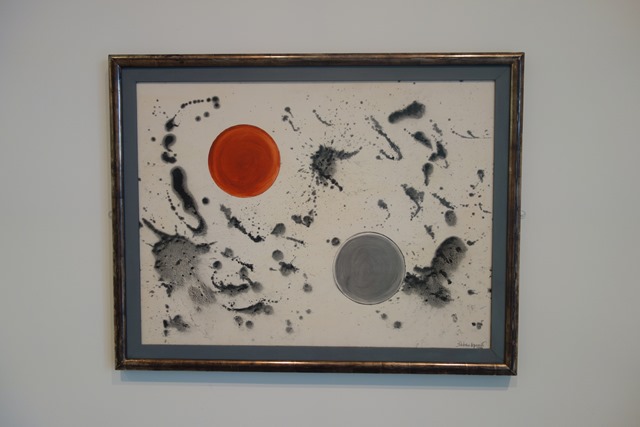 Working clockwise round the first floor, he next two rooms were occupied by the exhibition Plasters:Casts and Copies, which did exactly what it said on the tin, as the Gallery’s website tells us

This exhibition brings together sculptures made over a period of three hundred years to explore the changing artistic significance of plaster.

There’s a particular relevance for the Hepworth as they own a large collection of Barbara Hepworth’s prototypes and works in plaster from the Hepworth family gift and have a permanent display of a selection of these. 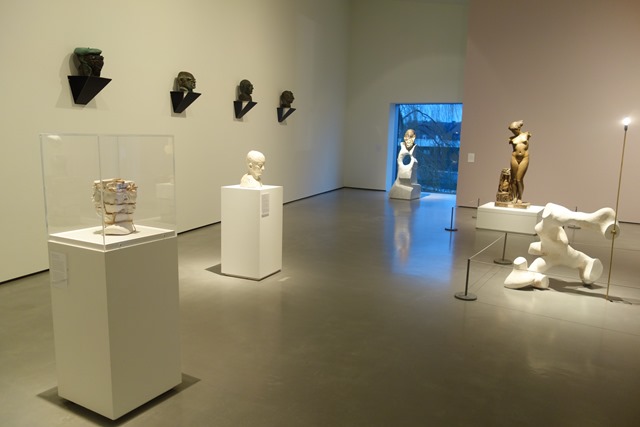 In the second, main room there were examples of antique casts from the Royal Academy of Arts

including plaster versions of the classical works the Belvedere Torso and Discobolus. These highlight how casts were used before the invention of photography as a means of reproducing works of art for a wide international audience.

togethor with a number of works by contemporary artists 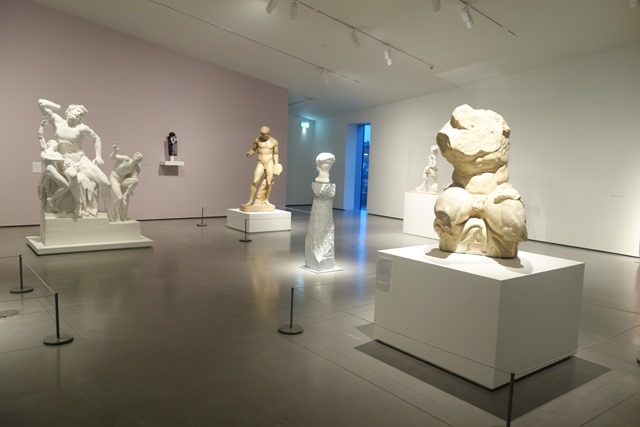 I was most interested in the first, smaller room which

address(ed) how Barbara Hepworth and her contemporaries used plaster both in the process of creating bronze sculptures and as a material in its own right. 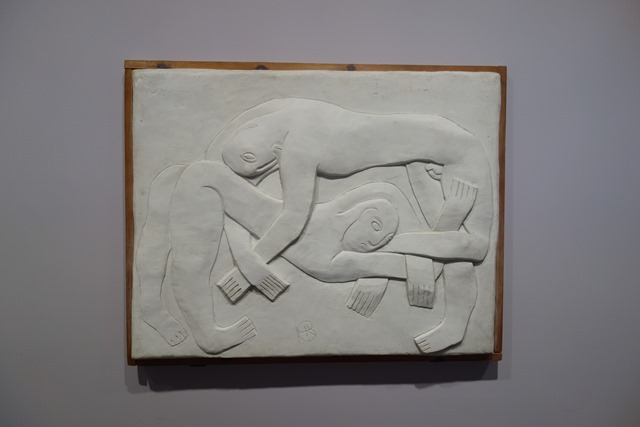 together with his preliminary sketch 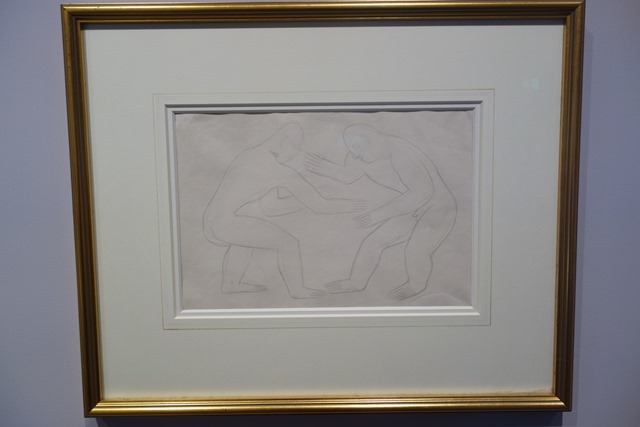 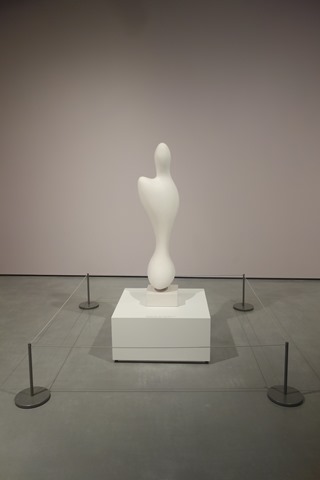 There was a small exhibition – Hepworth in Yorkshire – which, as the tile suggests, was about Barbara Hepworth’s time in her native Yorkshire. It included

early drawings, paintings and sculpture that show Hepworth’s natural gifts in these areas. Newspaper articles and photography document her early successes and engagement with an academic figurative style that she would soon depart from to find her own artistic voice. Photographic images Hepworth took or commissioned of Yorkshire will be presented alongside these early works, reflecting her assertion that the experience of growing up in this area was hugely influential.

In the adjacent room Des Hughes. Stretch Out and Wait was an exhibition by the contemporary artist Des Hughes inspired by Henry Moore’s Working Model of Draped Reclining Figure which the latter had donated to his home town of Castleford.

The other rooms were occupied by two exhibitions: one of sculptures and drawings by Enrico David 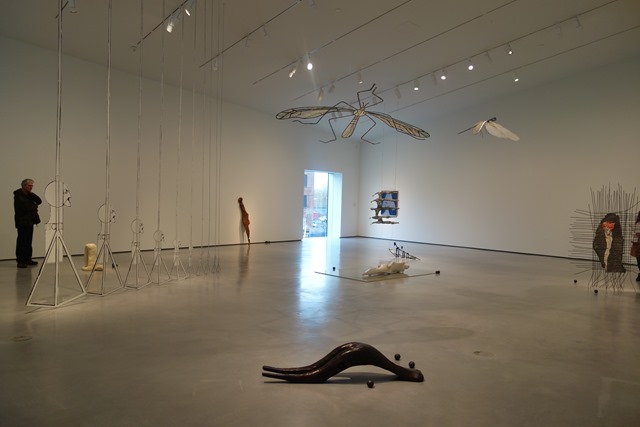 and the other a retrospective by Barbara Hepworth’s contemporary, Gertrude Hermes – Wild Girl. They were both excellent and deserve their own posts as this one has gone on long enough.

We’d spent a good few hours in the gallery, including eating a rather good dinner, and it was starting to turn dark as we left 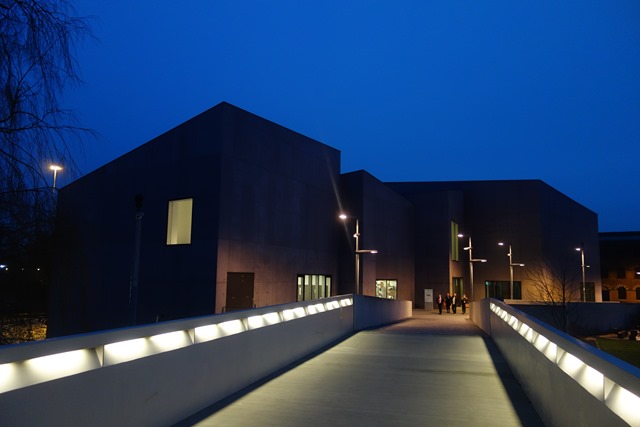 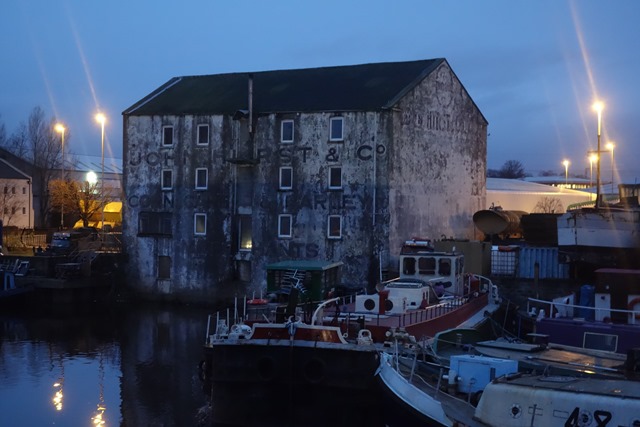 3 thoughts on “Another New Year’s Day at the Hepworth”