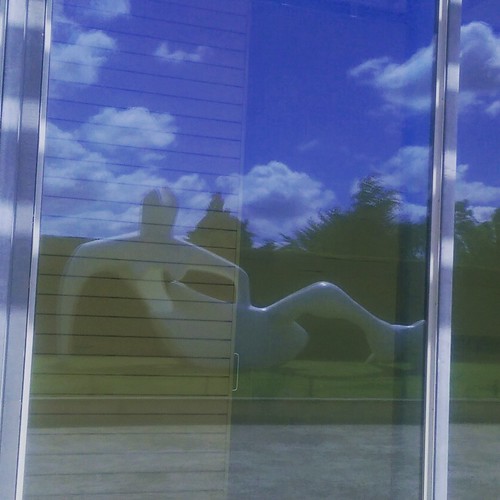 The current exhibition at the Yorkshire Sculpture Park is devoted to the work of local lad, Henry Moore, who was born just up the road in Castleford.
The YSP always have a good selection of Moore’s work outdoors, with one of the two main fields devoted to lsome of his large scale sculptures. But this exhibition brought a large number additional works, mainly displayed indoors in the Underground Gallery, with some located outdoors.
Many of Moore’s major works are based on abstract renderings of human figures – he is particularly noted for his reclining figures and mother and child sculptures. But, for this exhibition the YSPs website tells us that

This major exhibition, in collaboration with The Henry Moore Foundation, takes a fresh approach to Moore’s work by considering his profound relationship with land, which was fundamental to his practice and fuelled his visual vocabulary

Moore’s contemporary and fellow local (from Wakefield), Barbara Hepworth, is well known for her many works that are inspired by the landscape, but I’ve never viewed his works in that way.

No photographs were allowed indoors, unfortunately so I’ll have to rely on describing what I saw and a few pictures from the YSP website

There were sculptures and a large number of drawings, sketches, watercolours and other works on paper. Many of the drawings were land related,

Arch Rock, Ice Berg, Rocky Landscape and numerous other drawings, some rarely seen in public, along with a range of sculptures exploring scale and the interplay between internal and external spaces, emphasise the artist’s constant investigation of land, from the black coal seams of his hometown and the rich geology of Britain, to the mystical ancient forms of Stonehenge.

but the sculptures, like the following draped figure, were mainly based on the human body

Most of the works appeared to be from later in his life and from the Henry Moore Foundation’s collection.

One aspect of the exhibition I particularly liked were the poems by Simon Armitage inspired by some of the works on show. He’s from Marsden, not so far away, and has worked with the YSP on other ocassions. The poems were displayed next to the specific works which inspired them and reproduced in the exhibition catalogue. This also includes some poems by Ted Hughes, another Yorkshireman and someone whose work was very much inspired by the landscape and natural environment.

Outdoors there were a number of large scale works 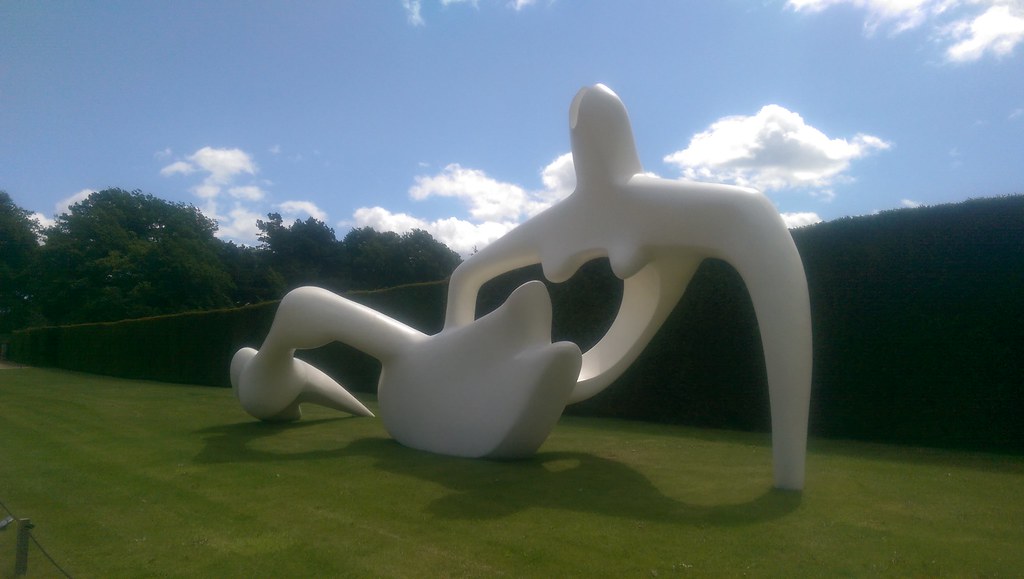 Another reclining figure, bronze this time. There was a plaster version of it on display indoors 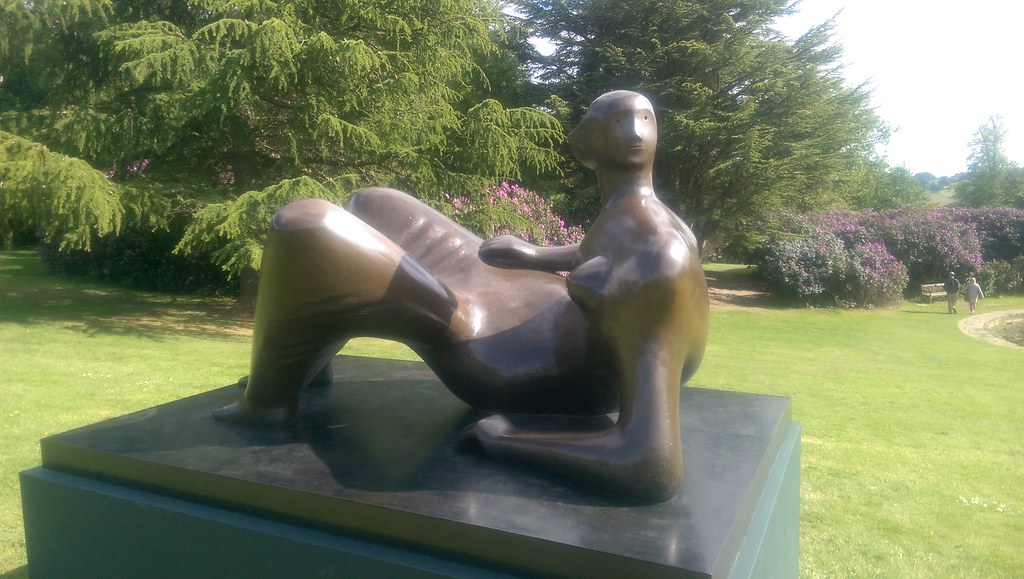 A two piece bronze reclining figure, displayed, effectively, at the top of the stairs leading down to the lower garden 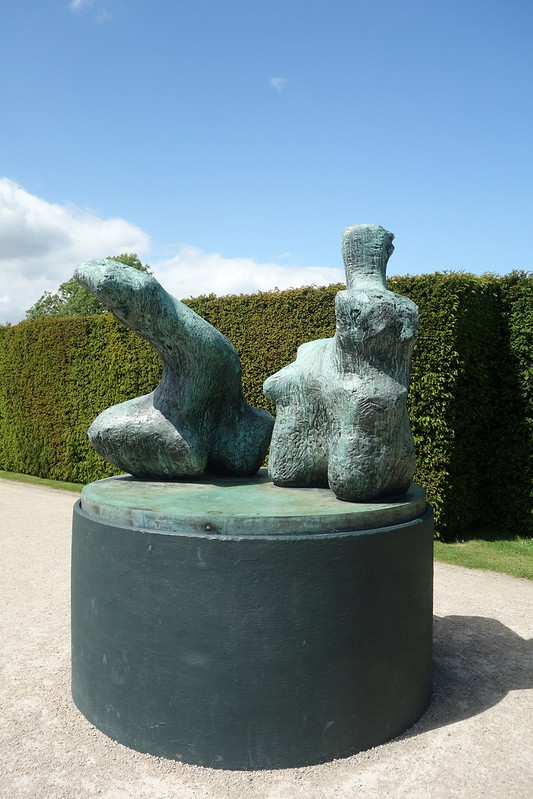 An abstract form on the upper lawn 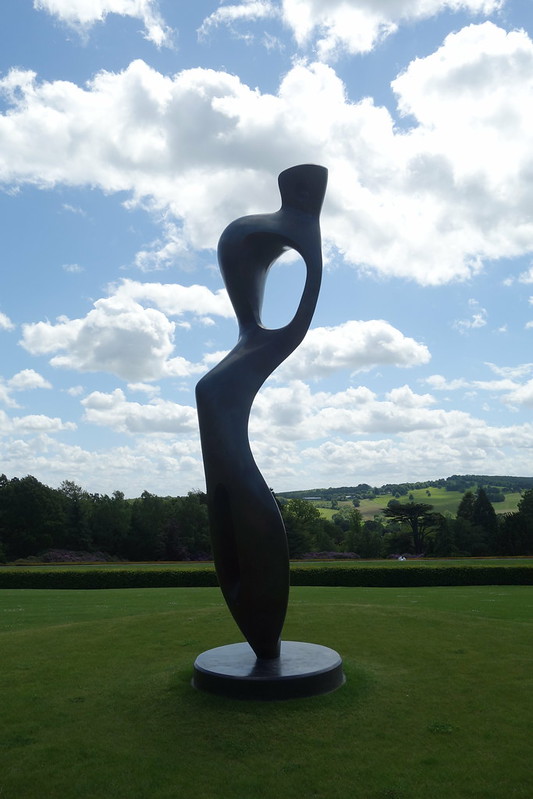 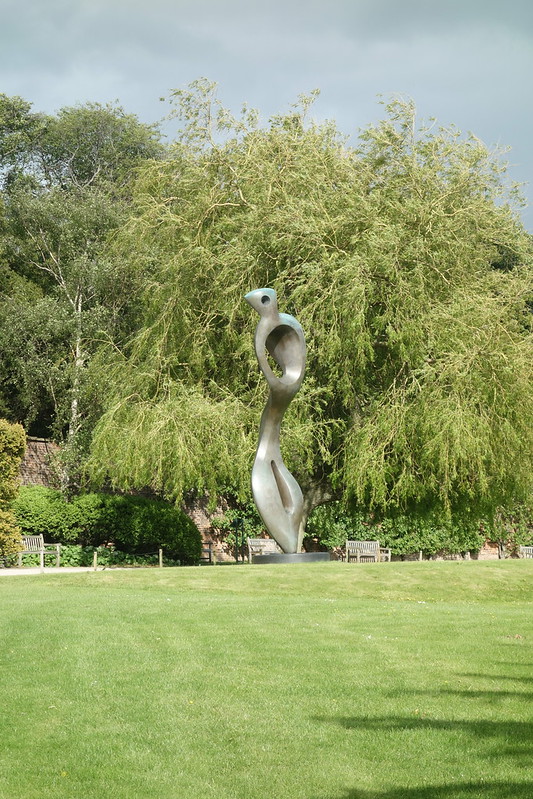 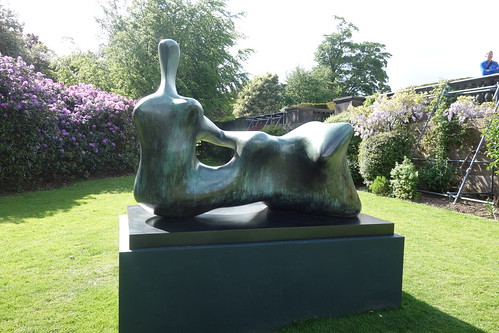 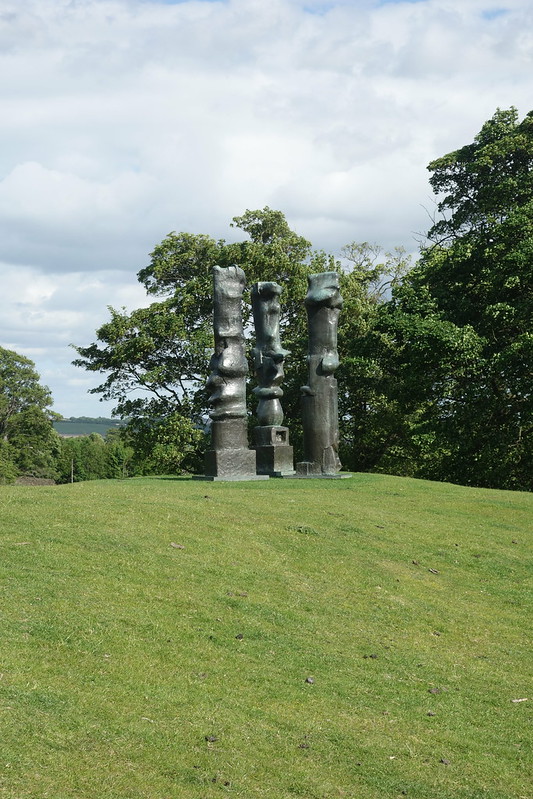 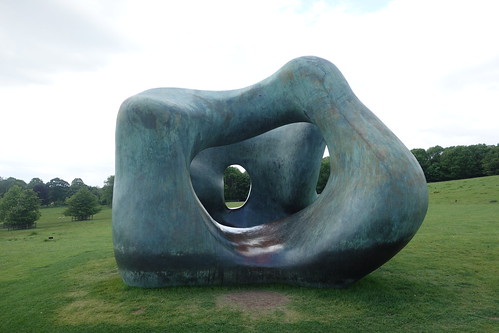 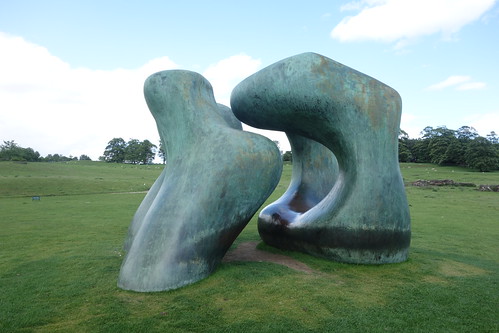 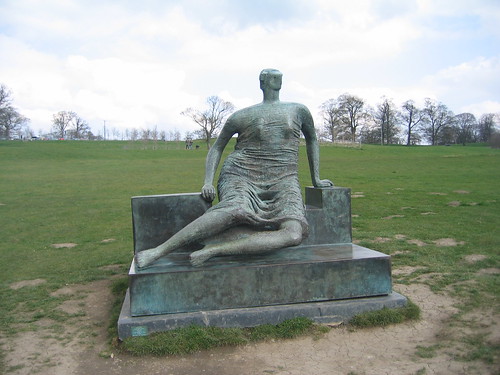 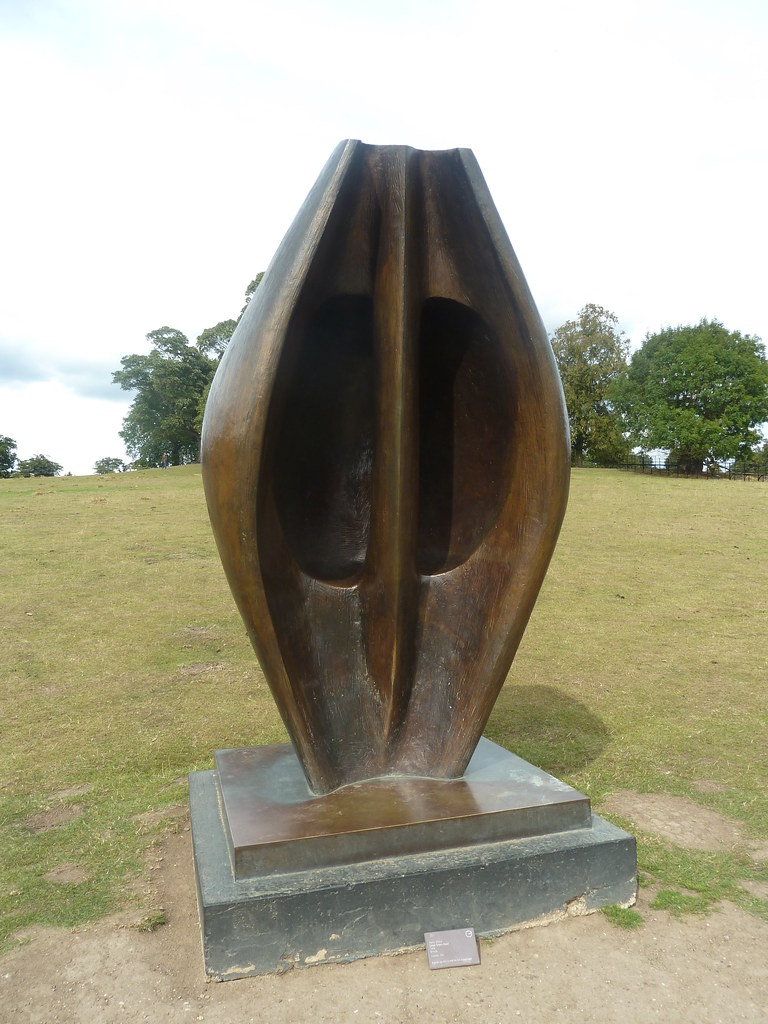 I enjoyed the exhibition. It was good to see some works that were new to me – the sculptures and, especially, the works on paper. I wasn’t convinced by the theme of the exhibition, though. Many of Moore’s large scale works are really best displayed outdoors in the landscape – urban as well as rural. But I couldn’t see the strong link advocated by the curators.