I was horrified on Monday to wake up to the news of the fanatical gunman holding hostages at a cafe in the Central Business of Sydney. I’d just flown back home after a 5 day stay in the city the previous Friday. A black stain on what I found to be a safe, relaxed and exciting city.

But I don’t want that horrific incident to cloud my memories of my stay, so I’ve decided that I should still record my impressions as a reminder of what was a great short break.

The weather was a little crazy while I was there with some dramatic storms and heavy rain. But I had sunshine as well and although the temperature during the second half of the week was only(!) in the low twenties that was quite comfortable for wandering around and exploring. 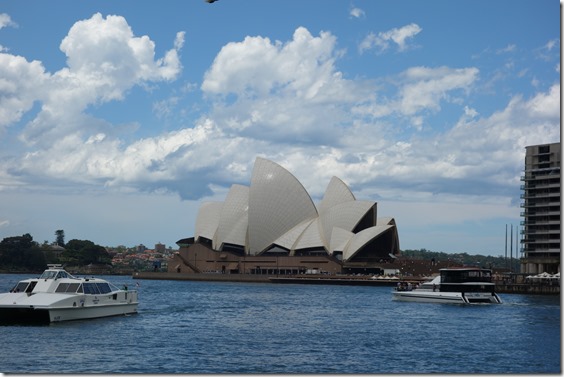