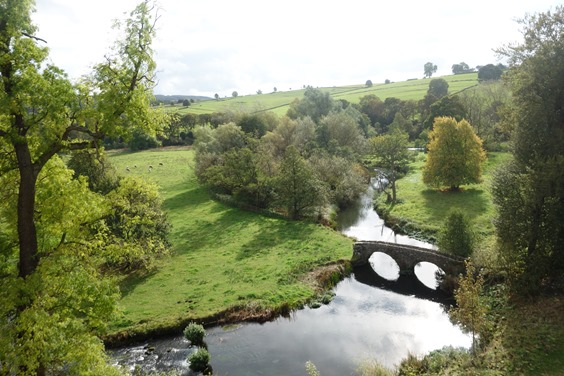 It didn’t look promising on Saturday morning. It was pouring down with rain and there was quite a strong wind. This didn’t bode well for our planned weekend in Derbyshire where quite a lot of what we’d planned to do involved being outdoors. We delayed our departure a little but as we left the rain was easing off and by the time we arrived at Haddon Hall, our first destination, it had stopped. As the afternoon progressed the cloud began to disperse and by the evening there were clear skies. Sunday turned out reasonably fine too. Just as well as the main reason for our visit was to visit Chatsworth for their “Luminaire” and also to visit the sculpture exhibition in the gardens. All worked out fine in the end so a good weekend was had. Proper reports to follow. 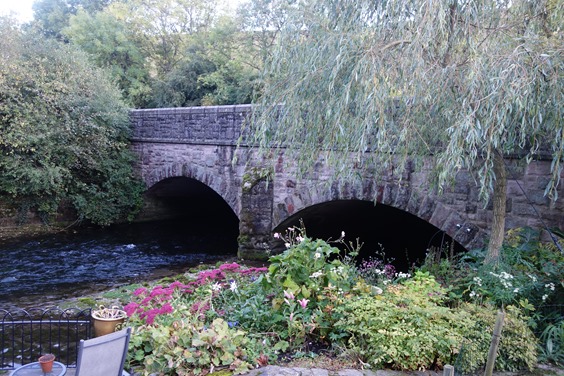 We stayed in a really nice B and B, the River Cottage, on the edge of Ashton in the Water. As the name implies, it was on the banks of the River Wye with a nice garden and although next to the A6 the triple glazing in our room meant we could hardly hear any noise- and the traffic dies down during the evening anyway. Our room was beautifully furnished and the breakfast was extremely good. 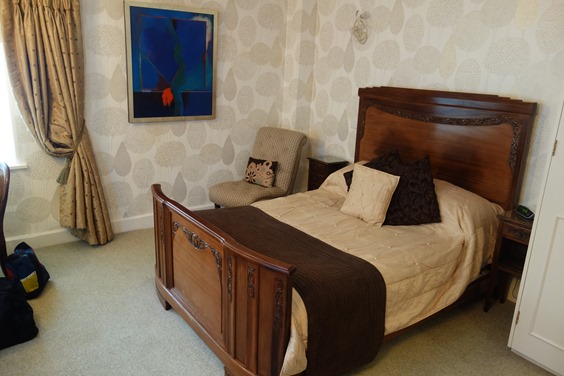 The B and B usually only accept bookings for a minimum of two nights, but we were able to get in as they had a one night slot available.

Our first half day was spent at Haddon Hall, on the A6 just south of Bakewell. A pretty magnificent old medieval / Elizabethan mansion, quite different from Chatsworth which we visited twice – in the evening and on the Sunday.

Before heading off to the Band B we called into Bakewell. It’s a long time since we were last there and some changes were evident – some new shops and more car parks than I recall. It was still as busy with tourists browsing in the shops. The riverside was still very pleasant and the  old buildings built from the creamy coloured stone still dominated the main streets. 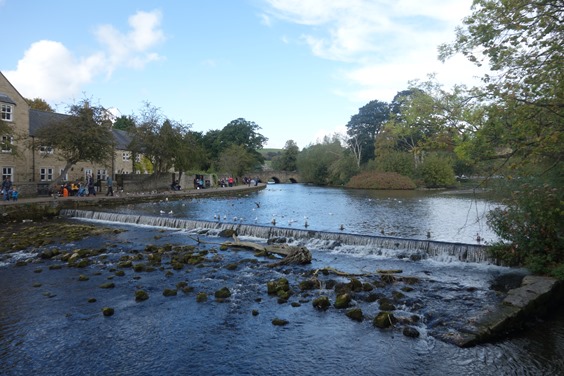 Of course we had to go and purchase one of the famous Bakewell puddings – quite different from the mass produced “Bakewell tart” most people are familiar with – from the old Pudding shop to take home with us.

A tasty souvenir of our short break (extra shots of insulin required!)

2 thoughts on “A weekend in Derbyshire”