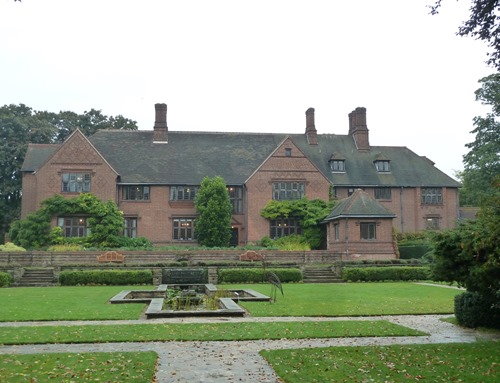 First stop during our recent short break in York was the National Trust property next to York Racecourse and just down the road from the B and B were we were staying.

“Goddard’s” is an Arts and Crafts style house designed by the architect Walter Brierley ("the Yorkshire Lutyens") was originally the family home of Noel Goddard Terry, of the chocolate-making firm, Terry’s of York. Although purchased by the Trust in 1984  it’s been used as their regional offices, but a limited number of rooms were opened to the public earlier this year. The gardens, however, have been open to visitors since 2006.

There’s only a small car park at the property which probably means there could be difficulty parking at weekends and other busy times. Luckily we visited on a rainy day in early October before the half term holidays so there was no problem finding a space.

(a) ……..defining feature of Arts and Crafts architecture was an interest in the vernacular. Architects used local materials and traditional styles to create something that would not jar with its surroundings, but at the same time distinctive and modern. Many hoped to revive traditional building and craft skills, or to design buildings that looked as if they had grown over many years.

That’s certainly true of Goddard’s. The house is constructed in red brick in a sort of “mock Tudor” style, particularly with it’s tall chimneys. 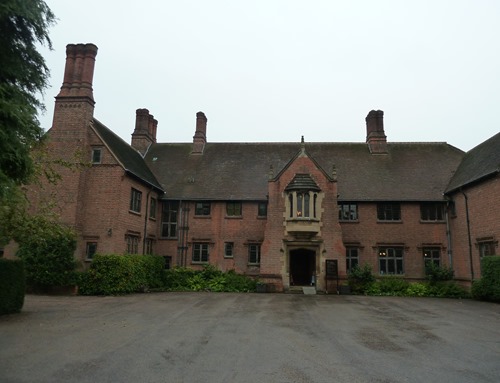 Hand made bricks were used laid using the traditional “English Bond” , with alternate courses of stretchers and headers. 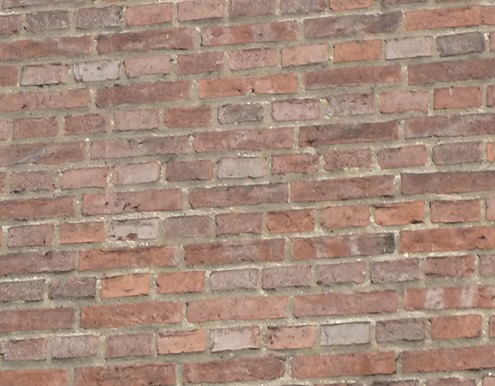 The front entrance is in a projecting bay with a Gothic style doorway and first floor bay window. Personally I didn’t think this worked; it jarred with the overall look of the house. 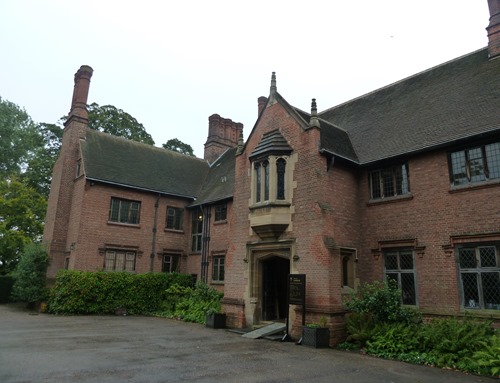 Moving inside, although most of the building is still used as offices for the Trust, a number of the rooms have been opened up and furnished to reflect the 1930s style of the prosperous York family. This isn’t how they would have originally looked. The owner was a fan of Georgian style furniture. Today the original furnishings are owned by York Civic trust and are now used to furnish Fairfax House in the city centre. Other rooms house exhibitions providing context about life in York between the wars.

I particularly liked the carved wood panels and staircase. Alas, I didn’t take any photographs inside (not sure whether they were allowed but the corridors were quite dark and I’m not certain photos taken using my basic compact camera would have come out well). I did take plenty of photos of the outside and the four acres of gardens, designed by George Dillistone. 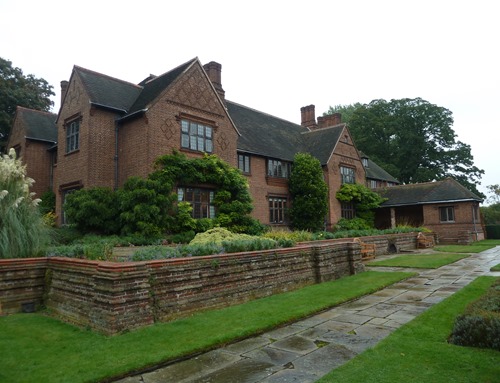 The garden was actually broken up into a series of smaller areas, separated by hedges. So it was bigger than it first appeared. Originally there was a bowling green and tennis courts. Today these are lawned areas. 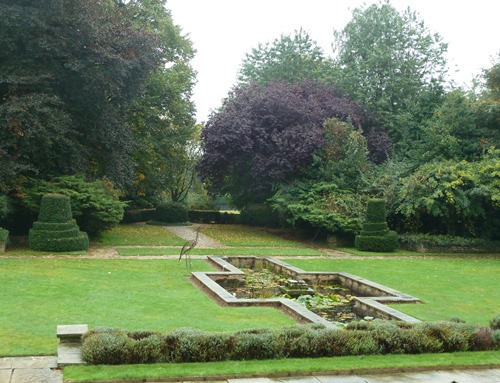 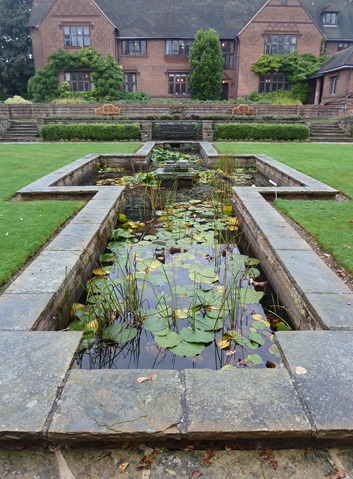 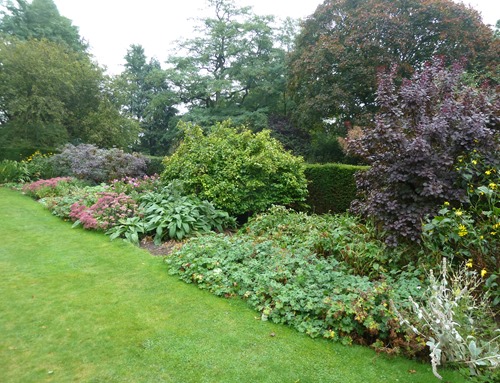 I guess we wouldn’t have seen the garden at it’s best – our visit took place after the glories of summer but before the colours of autumn appeared. Nevertheless there was still colourful plants in bloom. 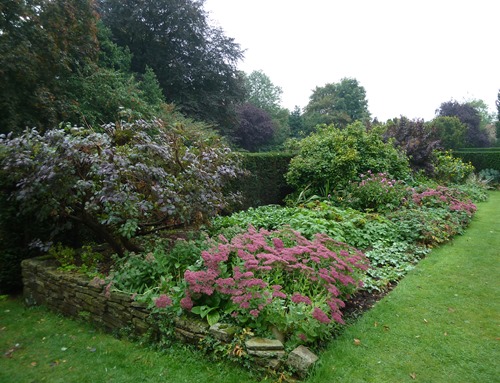 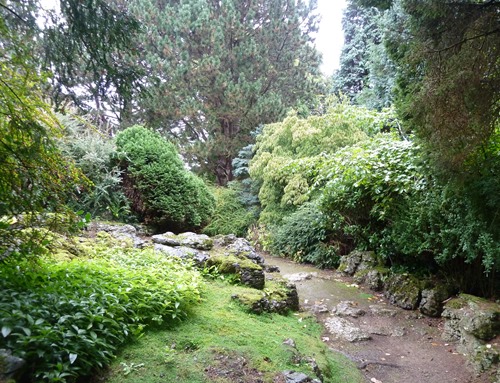 one which led to a pleasant water garden with a definite Japanese influence – Japanese gardens were fashionable at the time. 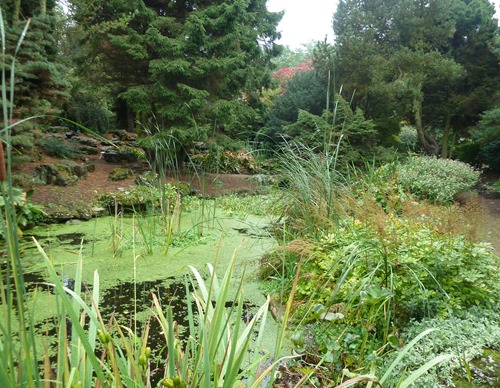 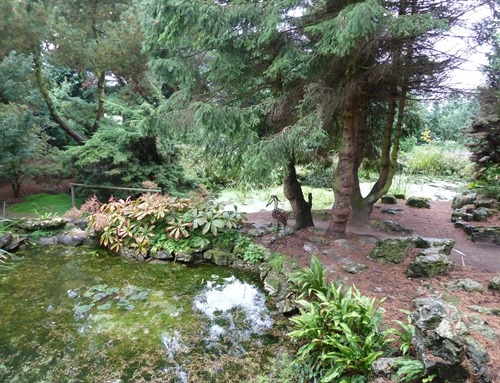 There was an exhibition of metal animal sculptures by Andrew Kay in the grounds. A couple of the exhibits can be seen in the photos above. But I think they deserve their own post.

11 thoughts on “Goddard’s House and Gardens”