While we were over in Manchester a couple of weeks ago we called into the neo-gothic John Rylands library on Deansgate. Built in the 1890′s as a memorial to a local millionaire cotton master, today it’s part of the University of Manchester. Although it’s a serious academic resource containing many thousands of rare books, the library welcomes visitors to view the magnificent architecture and they also host  exhibitions, usually book related.

Currently, one of the exhibitions focuses on books containing prints of engravings by William Blake and others, such as the Pre-Raphaelites and members of the Arts and Crafts movement who were influenced by him. 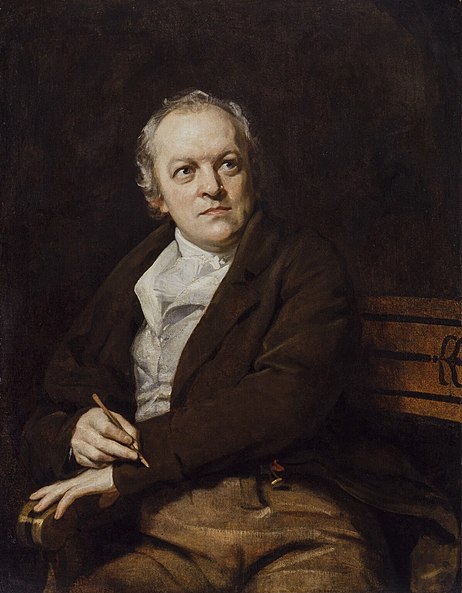 The University set a group of students, supervised by art historian Colin Todd, on detective work to find examples of books containing designs and engravings by Blake amongst the library’s collection. They succeeded in locating about 350 engraved plates designed by Blake in the collection, many of which are included in the exhibition.

Blake was a highly skilled engraver and the prints are incredibly detailed. He was inventive too, developing a technique known as relief etching which allowed him to print words and images from a single plate.

The library have had The Book of Job and Night Thoughts digitised and they can be viewed online.

A copy of the leaflet accompanying the exhibition can be downloaded from here.